Frustration with struggling economies, government corruption and lack of job opportunities is pushing young Arabs towards entrepreneurship according to the Arab Youth Survey 2020. The 12th annual study reveals that  40 per cent of the youth aged 18-24 across the Middle East and North Africa (Mena) intend to start their own business within the next five years. The percentage is highest in the GCC countries at 55 per cent, followed by North Africa at 44 per cent then the Levant at 22 per cent.

The trend is a response to more young Arabs looking beyond traditional government and private sector jobs, as 23 per cent prefer to work for themselves when thinking about their future career, compared to 16 per cent last year. It also stems from a lack of confidence in their governments’ ability to tackle unemployment according to the survey. 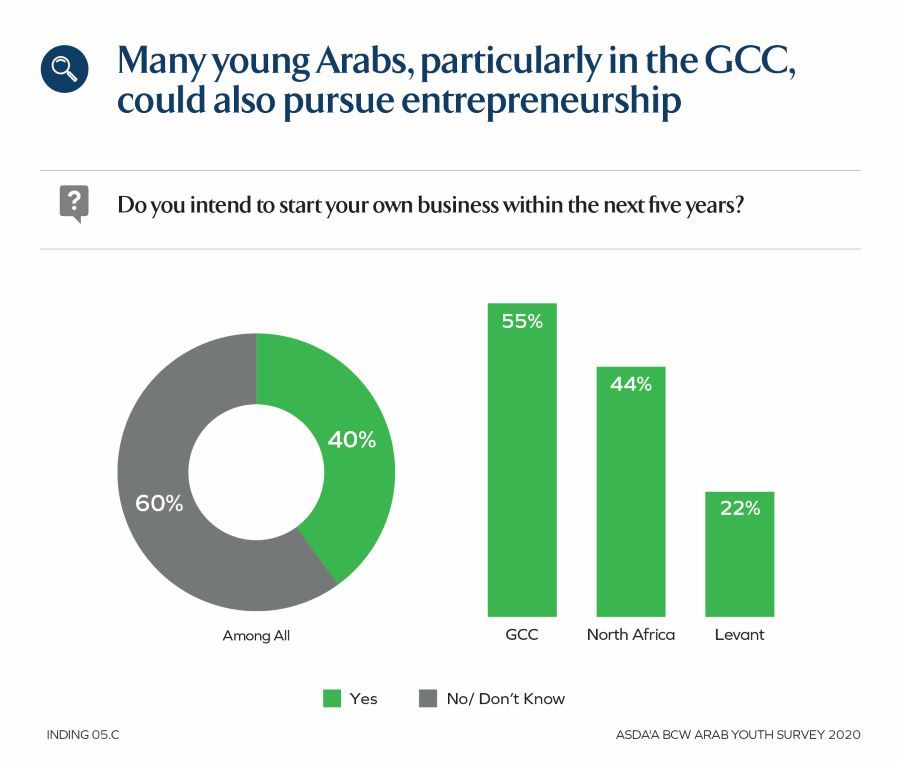 Seventy-two per cent believe that finding a job now after the coronavirus is more difficult than before with 20 per cent of young Arabs saying they or someone in their family had lost their job due to Covid-19. 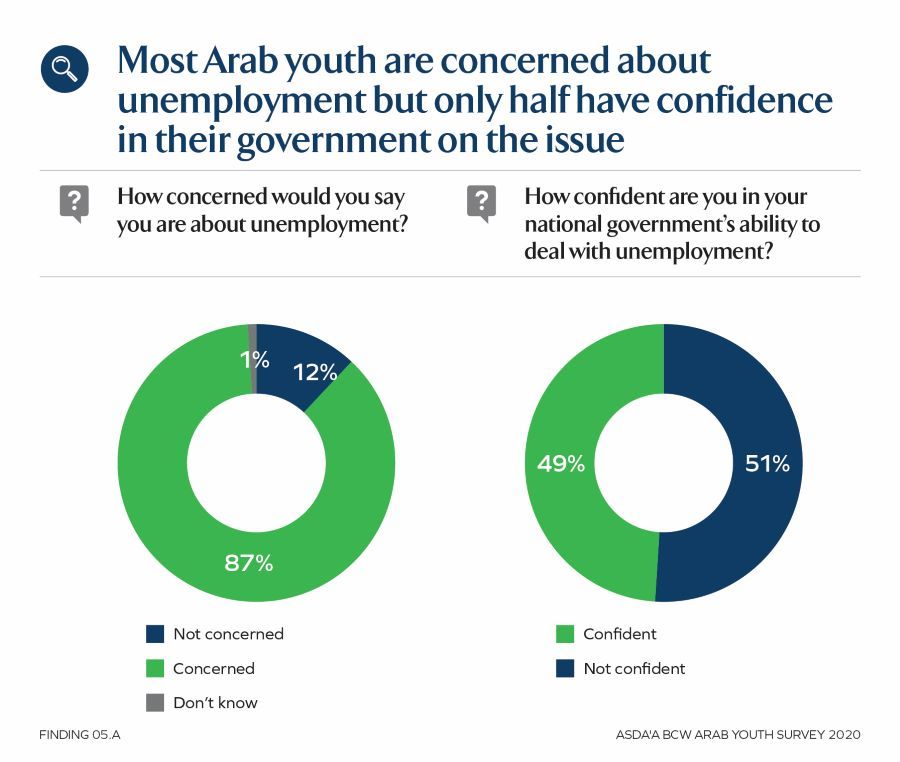 The findings of the independent study, conducted for ASDA’A BCW by PSB, a global  research and analytics consultancy, spotlights the opinions of young Arabs on a range of subjects including the employment, personal debt, gender rights, personal identity, foreign relations and media consumption, and political unrest that raged through parts of the region during the past year. 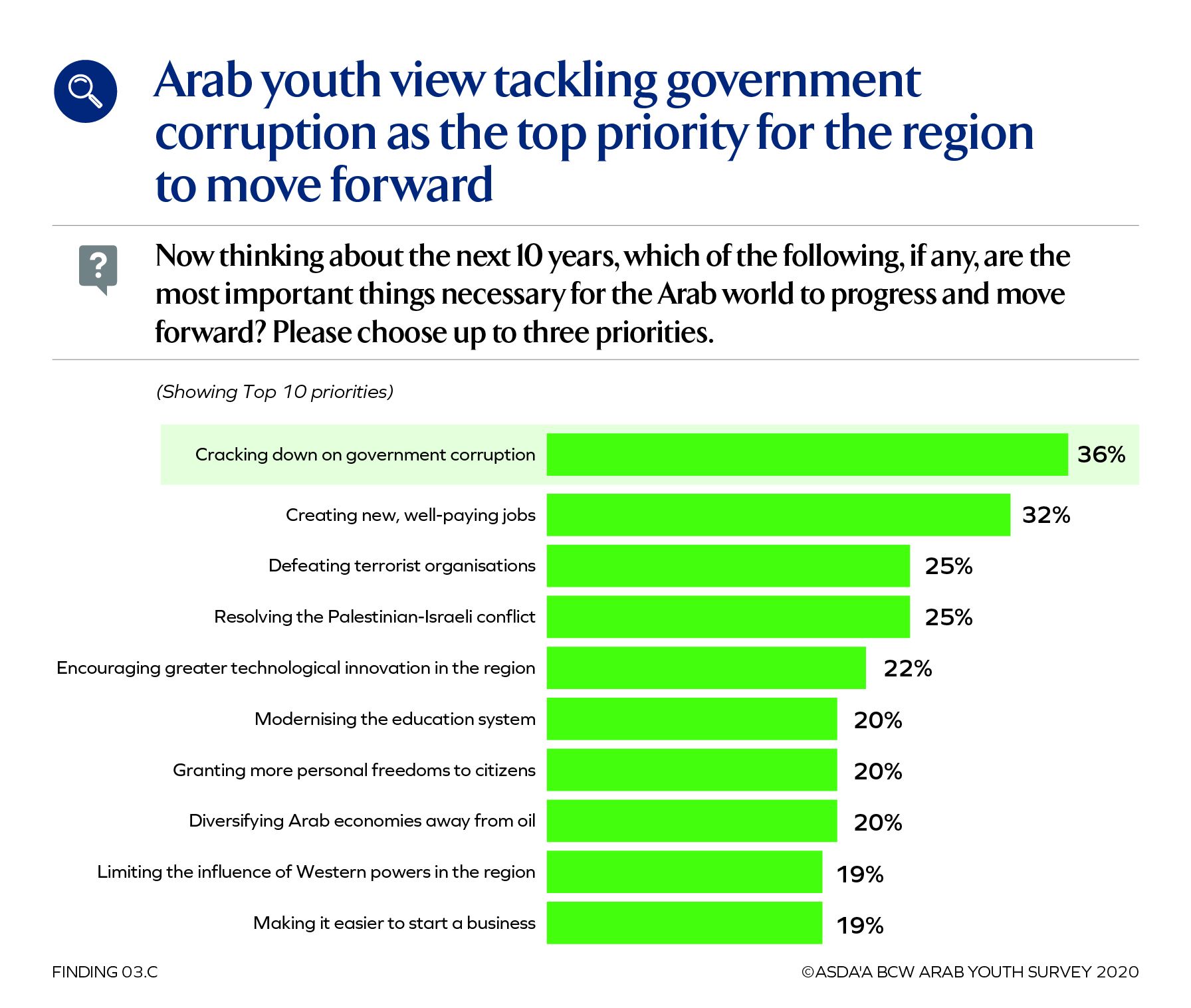 Nearly half of young Arabs across the region say they have considered leaving their country, frustrated with lack of opportunities and corrupt governance in their countries. When asked which country in the world they would like to live in, 46 per cent picked the UAE as their country of choice, followed by the US (33 per cent), Canada (27 per cent), the UK (27 per cent) and Germany (22 per cent).

The appeal of the UAE for young Arabs is its association with a wide range of work opportunities (36 per cent), generous salary packages (32 per cent) and a growing economy (31 per cent).

Notably, the survey showed an exponential growth among Arab youth in e-commerce adoption. Eighty per cent of young Arabs shop online frequently, compared to 71 per cent last year. In addition, 50 per cent of the surveyed youth said they are doing more shopping online during the pandemic. 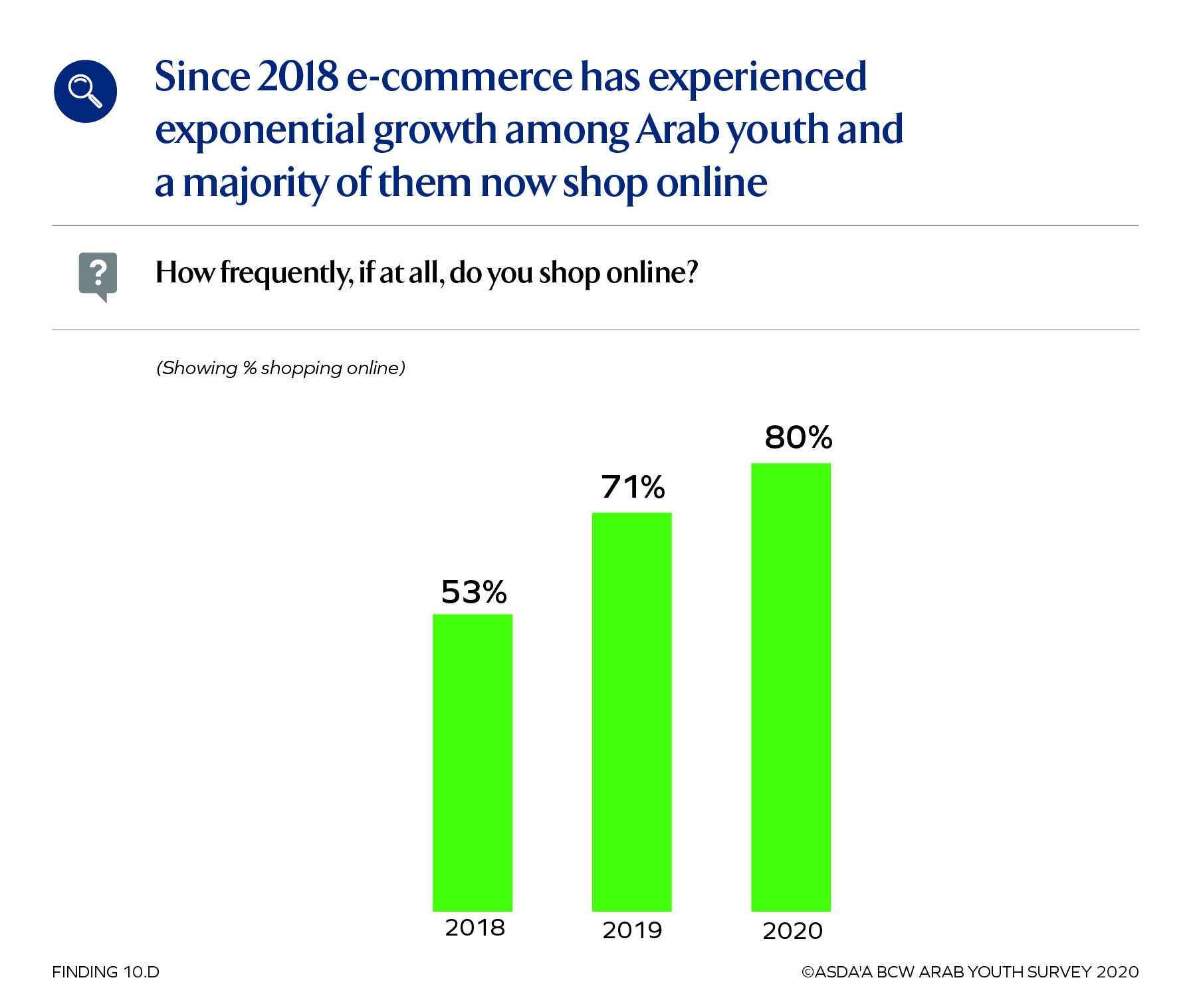