Palestinians Hussein Nasser-Eddin and Laila Akel started their big data-crunching risk analysis company in September last year, having seen a gap in the market for comprehensive security alerts in MENA.

Daily reports include graphs that categorize specific incidents such as search-and-arrest military operations, clashes, attacks or injuries, among others, while monthly and weekly reports provide the broader geopolitical context. These might offer a breakdown of incidents in Israeli-controlled areas versus those in Palestinian Authority-controlled areas, or predictions of possible ripple effects such as the increased likelihood of hostilities stemming from sudden economic insecurity.

One source of real-time information about potential threats is social media. RedCrow Intelligence's web-based system monitors information from think tanks, mass media, and blogs and measures it according to each source’s credibility. 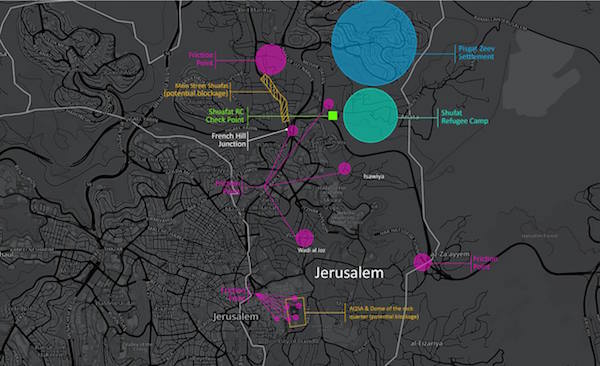 An example of RedCrow Intelligence's risk mapping in Jerusalem. (Images via Hussein Nasser-Eddin)

Today, the team has expanded to eight members: in addition to CEO Hussein Nasser-Eddin and COO Laila Akel, the startup includes web and product development teams and a business development department.

“The segment RedCrow Intelligence is targeting starts to gradually concentrate in its early stages on diplomatic security, such as embassies and major international humanitarian NGOs operating in the MENA region,” Nasser-Eddin says. “This segment enables RCI to concentrate on the main users of the security market in the MENA region and to develop its product based on the feedback of the most demanding professionals in the industry, such as field operators and diplomatic security officers.”

The team also hopes to provide services to travelers, international staff, and freelance journalists working in the MENA region. 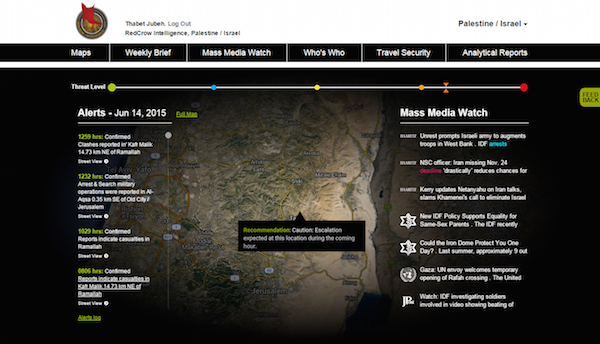 The founders say the lowest threat level, Level 1, is rarely seen in MENA. Level 2 is triggered by incidents such as government-approved demonstrations and Level 3 may include major natural disasters, such as earthquakes and floods, or violence towards government officials. Level 4 covers issues frequently seen in Palestine, for example, such as power cuts, water shortages, difficulty or danger when traveling between different areas, and civil unrest. Level 5 is the most severe and includes military hostilities, the evacuation or closure of embassies, curfews, and martial law.

Operating in the MENA region isn’t always easy, but more because of the technical challenges than the security ones.

“The nature of areas of political conflicts create barriers and challenges that require extra efforts to compensate for the absence of 3G technology or poor mapping,” Nasser-Eddin says.

“We created other services to solve these problems without affecting the efficiency of our product, such as an SMS service that provides minute-by-minute alerts to our clients and maps that are filled in manually with the missing data.” 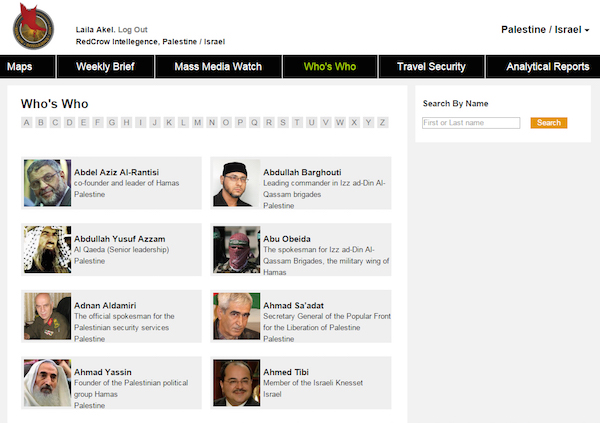 The plan is to launch a comprehensive mobile app by the end of 2015. This will link alerts to a local map so users can monitor the security level in their area, and pinpoint the location of specific threats as they happen. The app will include the same features available on the online platform, such as statistics and long-term security analysis, but also minute-by-minute alerts and early warnings that notify users if there’s a risk nearby.

Hussein Nasser-Eddin says it's crucially important to have a local team working on the ground.

The team’s native grasp of colloquial and regional dialects, and of cultural nuances, helps them efficiently process the constant flow of information from residents - a common challenge for international intelligence companies. 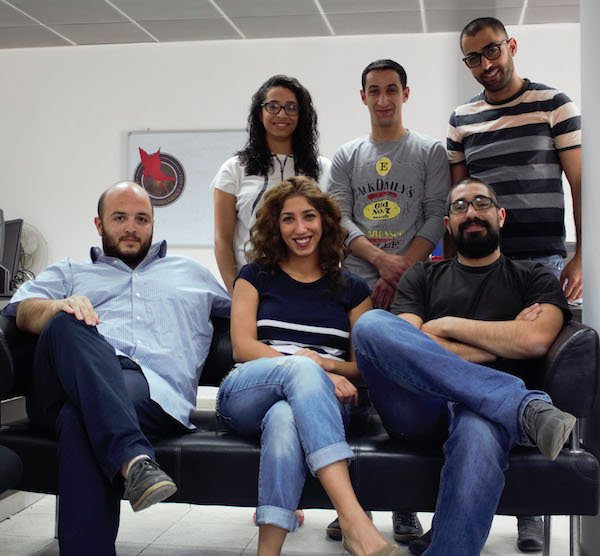 RedCrow Intelligence aims to offer services to the whole Palestinian market by the end of this year, expanding to Lebanon, Jordan, and Syria by 2017.

“By 2019, we are aiming to cover the whole MENA region,” Akel says. “We will eventually end with three main offices that cover the Levant, the Gulf and North Africa.”

In the context of the political and economic state of the MENA region, where political change and unrest are daily concerns, the startup’s willingness to innovate with technology is a prerequisite for success.