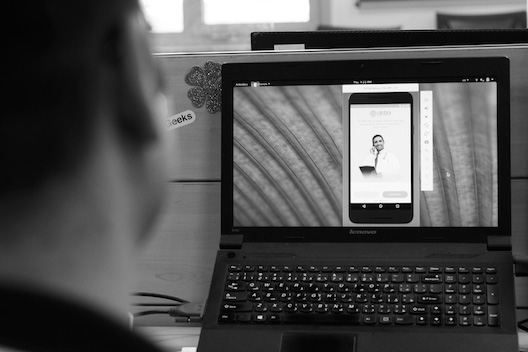 From a doctor's office, to your PC to your phone - the changing face of medicine. (Image via Jacqueline Sofia)

A young mother in Saudi wakes up at 2am to find that her toddler has a fever. She doesn’t have enough money to pay for a visit to the emergency room, and her family physician only answers the phone during the day. This is her first child - she’s scared and upset while trying to decide the best and most affordable course of action.

Meanwhile, a 28 year old Arab man has questions concerning his recent sexual activity. Discussing sexual intercourse with his general practitioner is uncomfortable, and he prefers to have his questions answered anonymously for the sake of privacy.

These are just two profile types of the tens of thousands of Arab men and women who have used Altibbi to reach out to certified medical professionals for healthcare assistance and education on sensitive issues.

Although Altibbi boasts 250,000 unique visitors each day and 40,000 queries from users every month, the groundwork for the widely-reputed healthcare platform (above) was laid long before Jalil Allabadi launched the company in 2008.

It was a culmination of his life’s work and in an attempt to make this resource available to the Arabic-speaking masses, his son took on the job of transcribing the hard copy into an online resource while studying for an MBA. 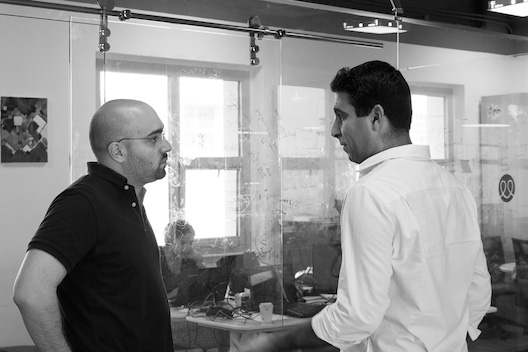 Eight years later, and with the help of Allabadi’s cousin Ayman Allabadi, a grad school project has evolved into a one-stop-shop for Arabic users seeking reliable healthcare-related resources and verified certified medical practitioners.

While to date only 3 percent of online content globally is in Arabic, most existing Arabic-language health content comes from unofficial blogs and websites that dispense myths and inaccurate resources. This information deficit leads tens of thousands of users each month to Altibbi’s virtual doorstep.

It’s not news that MENA lacks proper sexual and reproductive health resources. This fact became clear to Altibbi operations manager Manal Alomary when helping out on the site’s Facebook page. “Real users” were thanking the team “for helping them with really simple issues, at least for me. I realized back then the real extent of the need they have for real healthcare service provider[s] and how difficult is it for them to get access,” said Alomary.

Healthcare for the masses

Altibbi has made healthcare available to a much wider pool of people, including those who often cannot afford the high costs of offline medical services.The platform’s newest feature is a monthly ‘on-call’ subscription service: for $5 per month, subscribers receive unlimited, 24-hour access to Altibbi’s network of general practitioners.

The service has proved popular since it launched in late 2015, with 1,000 subscribers signing up in the first few months alone. Allabadi and his team noticed that 50 percent of subscribers to the new service were Saudis, and that a majority of Saudi users were women between the ages of 22-40 years.

Their second largest group of subscribers is Egyptian men. There are no definitive answers as to why, but one could guess that the lack of educational resources, coupled with the stigma surrounding sexual intercourse and STIs (sexually transmitted diseases) in Egypt may be a  cause.

Reaching beyond the computer screen

Altibbi has made a concerted effort to understand the needs of current and future users.

In places like Jordan, where refugee populations from neighboring countries are not permitted access to government subsidized healthcare, Altibbi can be a powerful tool. Allabadi, along with Malak Tayfour, the company’s medical community manager, spent a year working with ex-Gazan refugee women in the Jerash Refugee Camp to understand and evaluate the health problems afflicting their community.

They found poor nutrition and a lack of education about food were primary causes of three chronic illnesses plaguing the community: diabetes, hypertension, and obesity. 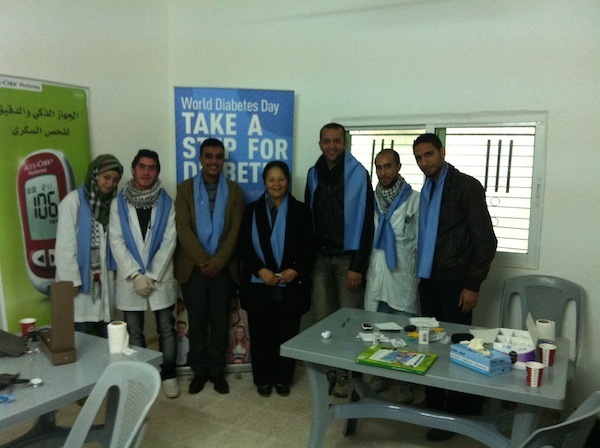 Out in the field at Jerash refugee camp running workshops for the women in educating them on diabetic health practices, and performing standard "health check-ups" for women in the camp. (Image via Altibbi)

The team created a nutrition workshop for the local women, including a customized lesson plan centered around creating healthy family meals crafted with the limited options available to low-income households in the camp. “Our vision is to provide health information to the masses in the Arab world, and if we could not reach them online, we should do our best to reach them offline, or anyway possible,” said Allabadi.

Altibbi’s origins can be traced back to Allabadi’s father, a surgeon who graduated from University of Greifswald in Germany in 1974. The doctor was quick to observe the stark contrast between healthcare access and awareness in Europe and his homeland, Palestine. “That's where he started writing the medical dictionary.  He saw that as a big solution to this problem,” noted Allabadi.

In 1975, Lebanon’s civil war broke out. Dr. Allabadi began volunteering at the front lines, working closely with Palestinian refugees. “He was in some of the worst parts of the civil war,” Allabadi recounted, describing how his father’s heroism played a paramount role in setting up and managing healthcare facilities for Palestinians in Lebanon.

The war hit close to home in 1976, when Dr. Allabadi was working in Beirut’s Tel al-Zaatar Camp.The camp came under a six-month siege, during which Dr. Allabadi was one of two doctors serving over 30,000 refugees.

He went on to become the Red Crescent’s head of medical services for all Palestinians displaced throughout MENA.

It wasn’t only Allabadi’s father who helped lay the groundwork for his activism-inspired entrepreneurship. From a young age, Allabadi would spend summers with his uncle, Mahmoud Labadi, Dr. Allabadi’s brother. 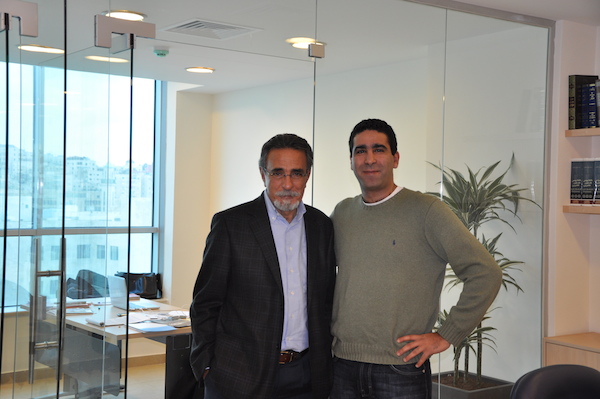 Labadi was spokesman for the Palestine Liberation Organization (PLO) until 1983 and then director general of the Palestinian Legislative Council until 2005.  Labadi was “the ultimate activist”, according to Allabadi. “He was a big believer in people's rights and social activism and, you know, a lot of these concepts I learned from him.”

Labadi passed away in 2014, yet his passion and influence live on in Allabadi’s work.

“It was very much a family approach from the beginning, before deciding this was a company,” said Allabadi. His cousin and colleague Ayman is also a serial entrepreneur with a long history of developing digital businesses.  Allabadi credits Ayman for setting up the first version of the online medical portal. “My cousin was the guy programming things, putting things up [on the platform], experimenting. He was my CPO for a long time. He believed in this idea.”

The Altibbi team has grown to 22 team members spread through Jordan, the UAE, and Gaza, and several individuals have been key to the company’s success such as chief product officer Khaled Abdo.

Abdo has been a passionate Altibbi supporter since 2010. He said the day following his honeymoon he spent “28-hours at the office”, but his wife doesn’t hold a grudge: “She knows my passion.”

Even with a team rallying behind you, creating a startup can be a lonely road. Allabadi’s wife, Fida Taher, is also an entrepreneur [Atbaki] and understands the struggles that come with starting your own company.

“If my wife wasn’t in the same field, I don’t know if I would have ever gotten married….because she wouldn’t understand the difficulties,” Allabadi said.

Altibbi hasn’t escaped growing pains, despite seeing over four million unique Arab users per month, been selected as an Endeavor high-impact startup, and recently securing $2.7 million worth of funding. 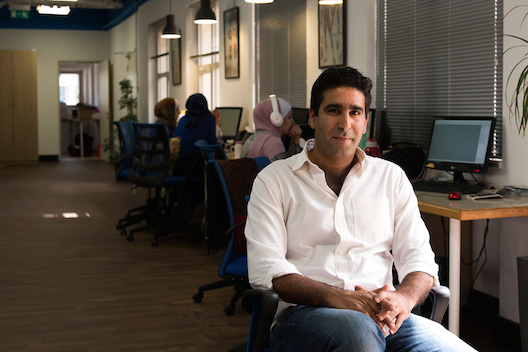 Allabadi recalled a moment when he almost closed the doors for good in 2014. “We had nothing. We dried up our funds, money was not coming the way we expected it…We had lost focus a few years before, so we ventured in many things and suddenly, by the beginning of 2014, we were being hit from all sides. We were not focused and things were crumbling around us,” he said.

“I was ready to leave. That was the lowest I had been. When I was ready to close Altibbi, [CPO Khaled] was the one pushing me to have faith.”

Altibbi is now blazing a trail for healthcare disruption in the region, after a timely investment later in 2014 saved the company from extinction.

Allabadi is now looking for new ways to provide extra tools and resources to Arabic-speakers region-wide. “We want every Arab family, and maybe every emerging market family, to have that access to the doctors. At least that first [level of] access to doctors,” said Allabadi.

“There’s a lot more to be done by us, by governments, by many other players. But I think that’s what we want to provide.”

Altibbi is not only an efficient and cost-effective resource for its subscribers and readers, but also for governments. The 40,000 questions that doctors respond to each month through the platform give a window into the healthcare needs of the region’s diverse population.

But he is careful not to get ahead of himself. Altibbi is already providing a level of care that was unheard of only five years ago. “We really want to provide that first layer of healthcare to the masses. That’s our main drive today.”

Editor’s note: Update - since the time of interview in February the number of subscribers to the ‘on-call’ service has risen to 10,000.