Sensor technologies have evolved in almost every aspect of our lives to provide us with a better experience and make some tasks more efficient and trackable. One example is Salatcard, a small device initially designed to count the number of Rakats performed in prayers. The goal of the device is to help people who have memory problems such as Alzheimer's disease (assistive tool), children who are still learning how to pray (teaching tool), or anyone who is performing prayers and wants to focus on the experience itself more than on counting. 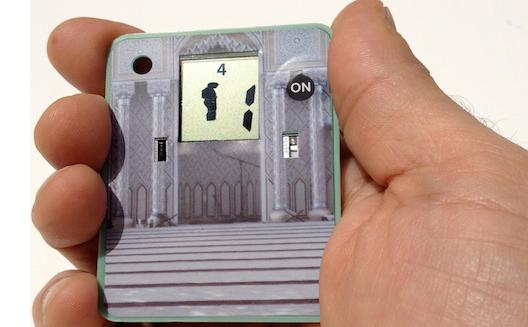 The Salatcard product size in the palm of your hand. (Images via Salatcard)

Behind the idea is Kuwaiti entrepreneur Raed Arrar, who was raised in Egypt and studied international finance at San Diego University in the 1980s before moving to Brazil, where he then stayed for over 25 years.

In Sao Paulo, he worked on different projects in the food industry. One of his projects was the development of small units that could be placed in supermarkets to make yogurt in front of the client. “I gave it [the idea] to a big company in Brazil; we got 70 percent of the market in one month,” he told Wamda in a phone call. “But we had an agreement with other competitors not to expand so it doesn’t threaten them. So we had to stop it two years later.". Then Arrar worked in the beauty industry and became involved in emerging technologies. In 2008, he designed his own motorbike before moving into a totally new sector a year later – Islamic technology. 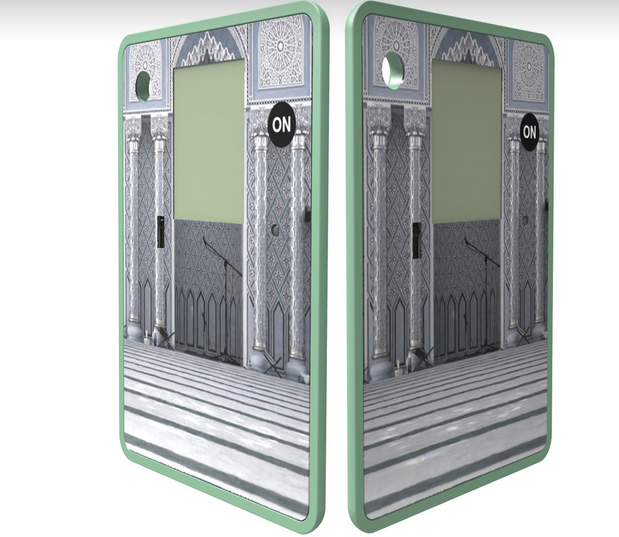 Arrar first thought of developing a prayer device after his mother wondered why there wasn’t any technology that can help Muslims count the number of Rakats (the movement of standing up and bowing) they perform while praying.

It was then that he discovered a market need and decided to explore the space and work on Salatcard, a small touch-less Rakat counter. The purpose of the card is to have users focus on their prayers rather than counting the Rakats. “It took me a year to know who in the market is manufacturing and designing,” he said. But before developing the idea, he got it patented. “I didn’t invent the sensor, it’s just the idea. I looked into different fields and technologies and combined [what works] into one device. I even designed the card myself.”

For six years, Arrar worked on Salatcard and assembled technologies in order to come up with the final product, relying on his own money for funding. “If I had had the capital, it would have taken me one or two years.”

The device is 70mm long and 52mm wide, with a thickness equivalent to three credit cards. “It is very thin, so when you put it on the carpet, it doesn’t distract you.” Salatcard comes with a plastic body shell and has a long battery life of six months to one year, but it’s not rechargeable. The card, which is always on during prayer, uses proximity sensors (sensors that detect nearby objects without any physical contact) to count how many Rakats the user has completed. On the card, the sensors will display two indicators: one to show the number of Rakats and one to show the praying body posture. The only time users have to touch the card is when they want to specify how many Rakats they want to do (number changes depending on each period of time). For a pleasant experience, the screen doesn’t light up at night so it doesn't distract users but sensors are still able to detect movement, even in light conditions.

Even though Salatcard is initially designed for those who have memory problems or children, as previously mentioned, anyone can benefit from this technology as Arrar caters to businesses and customers as well. Orders can be customized and prices can vary depending on packages.

He is also designing customized cards for businesses and individuals, with prices varying according to packages. The single pack is sold at $24.50 and the family pack at $49, which includes three cards. Salatcard ships globally with the help of Aramex.

Manufacturing, design and their challenges

In addition to not having enough capital to work on the product uninterrupted, Arrar faced a few other obstacles that delayed the process of getting the product ready. They can be broken down in five main categories:

1. Making battery life longer: “The battery was a big deal. I spent eight months trying to make sure the battery doesn’t leak any energy and is efficient for at least six months to one year.”

3. Producing in China: To save cost, Arrar wanted to produce in China but his experience wasn’t very pleasant. The people he dealt with produced extra quantities behind his back and sold them without granting him any royalties. “There are many crooks,” he said. Finding the right manufacturer made the process only slower.

4. Maintaining quality while limiting cost: Offering higher quality for a cheaper price has always been a dilemma for manufacturers. “If you work with someone, they will either give you a high price or a bad quality; and you can’t know the quality unless you try it [the product].”

5. Constantly changing the card size: When iterating the product, Arrar made it smaller, which created another problem for him. “The on/off button wasn’t working well. When we changed it, we had to change the mold because the size was different.” 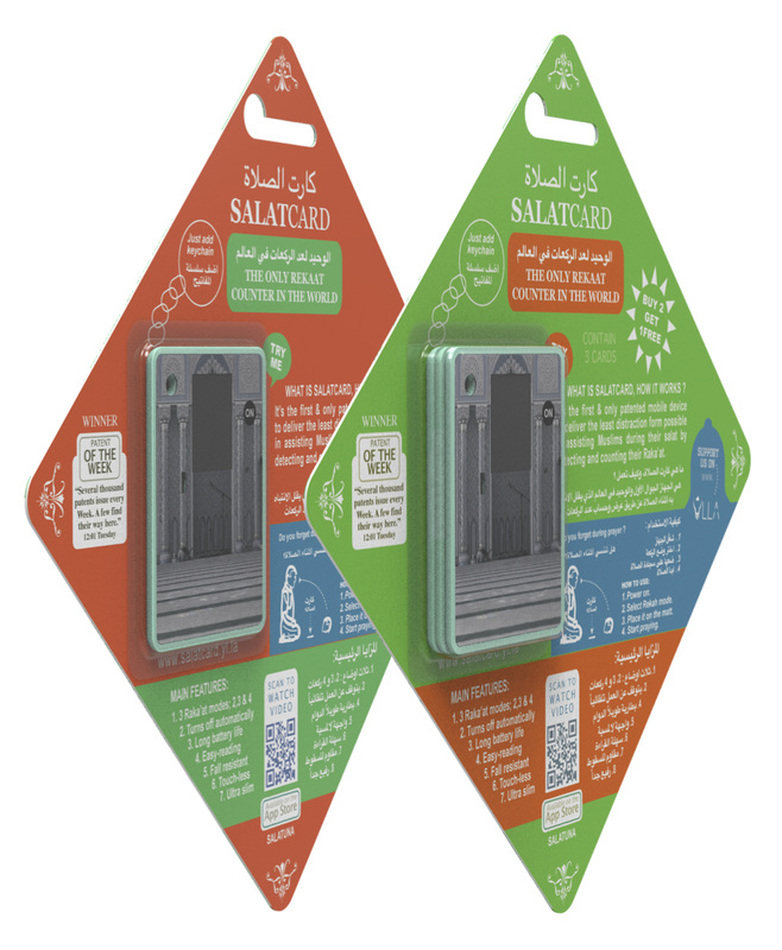 The product in its package.

After discussing his product with consultants and engineers from Holland, Arrar found a willing investor. “He understood the concept and was willing to invest his time with me, and design the card from the inside,” he said.

Now that the product is built, Arrar is aiming to take it global starting with Indonesia, the most populous Muslim country. “It is as big as the entire Arab World,” he concluded.