For the majority of Egypt’s 82 million residents, 2014 will no doubt go down in history as the year of the power cut. It didn’t matter which city you lived in, or the neighborhood you were from… nearly everyone encountered a long, hot, sticky summer thanks to the constant outages. The country’s already overstretched electricity generation system simply buckled under pressure. In fact, the situation surrounding Egypt’s energy sector has become so bad that power cuts are even becoming commonplace during the winter months.

Last September, Investment Minister Ashraf Salman stated that the government hoped foreign investment would help alleviate the problem in the long run. And it seems that this is slowly happening as an increasing number of international solar developers are focusing on the country. Investment deals by Saudi Arabia’s Fawaz Alhokair and the Terra Sola Consortium, as well as the UAE-based Enviromena and Masdar are just a few recent examples.

But it’s not just the billionaires who are looking at ways of benefitting from renewable energy. Young entrepreneurs are also using their own experiences to create solutions for the average resident. Like Mohamed Safi, Hisham Nabil (below right) and Aly Shalakany (below left), who have just launched Green Scene Egypt. Using their own experiences from personal trips – not to mention the dreaded power cuts in the country – the three friends started to brainstorm and soon enough their idea transformed into a reality. 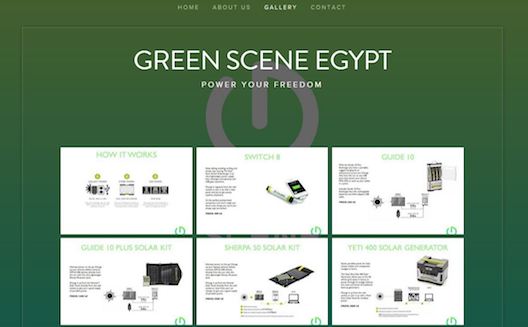 “We're all outdoor enthusiasts, from mountaineering to diving, as well as desert expeditions,” Safi – who’s based in the Red Sea resort of El Gouna – tells Wamda. “But more often than not, we caught ourselves out of power during our excursions, and so we were always on the constant chase to charge our gear. 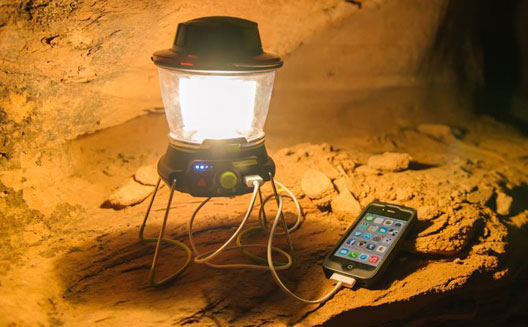 An example of powering an excursion lamp through the mobile phone.

“When we first found a portable solar solution, it literally lit up our lives, and that’s why our slogan now is ‘Power Your Freedom’. During the power blackouts of 2013 to 2014 in Egypt, we realized there is a huge market gap for back-up power in general. So we got our minds together, and laid out a plan.”

Self-funded, Green Scene Egypt doesn’t have a wider team at present as they’re keen to test out demand first. 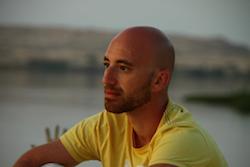 “It's just the three of us for now, as we're outsourcing most of our logistics,” Safi continues. “Our plan is to start recruiting a bigger team to match the rate of growth we can achieve.” While setting up the startup wasn’t particularly challenging, he explains, the team still faced a few hurdles along the way.

“It's not very difficult to set up a company in Egypt, especially if you have a lawyer on the team,” he says. “We also knew that the Egyptian government offers tax breaks on renewables, which is great. We applied for an import license, went through all the required paperwork, and were ready for business in a shorter time than we expected.

“However, no matter how much you go through the exercises, there will always be an element of fine print that you never knew about. Always expect that you will be spending more time and money than your original estimates, and do your procedural homework. A good lawyer by your side is also essential.”

He continues: “With our import model, our first few shipments were always going to be a learning curve, and we approached them with that mentality. So being flexible is the best tip one can give.” 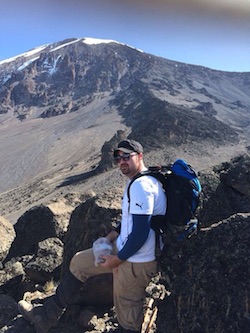 While the number of items currently on sale on the website is by no means extensive, they are without a doubt quite useful. Examples include the Yeti 400 Solar, which can “charge phones, tablets, laptops, run lights, a Wi-Fi router and a small fan on it." The smaller Switch 8 and Guide 10 portable power packs are chargeable through solar power or a wall socket.

With prices ranging from 400 Egyptian pounds ($53) to 3,500 pounds ($460) at the moment, the products on Green Scene Egypt certainly aren’t accessible to everyone. However, Safi believes that prices will decrease further down the line.

“The sight of someone charging a phone or a tablet from a portable power bank is becoming increasingly more common. We offer the same, only they are powered by the everlasting sun,” he states. “Solar products will always win the cost effectivity battle down the line. Just like any form of gadgetry and electronics… the more popular they are, the further the cost – and consumer price – will decrease. We are definitely on the path for it to be feasible for the majority of the population.”

So what are the team’s plans for the near future?

While all of the gadgets currently on sale are imported from international suppliers, Safi (below) is adamant that Green Scene Egypt will stock locally manufactured items in the future, saying: “The plan is certainly to research and develop Egyptian-made portable solar products." And if it all goes well, they plan on looking for external capital.

“We're self-funded thankfully, and hoping to keep it that way for now,” he concludes. “Hopefully if the business grows the way we forecast it, we can look into other investors buying in. [Whatever happens] I will continue to spread solar culture and sustainable living, making use of the fabulous sun and great outdoors over here.”