Since 2010 the King Abdullah University of Science and Technology has invested in more than 30 projects through its Seed Fund. These cash injections have provided the startups launching from the university with up to $200,000 each. Five years on, KAUST is looking to have an impact beyond KAUST and even outside the kingdom. And with this new vision comes a new fund.

"This approach is quite novel in academic institutions and is the first of its kind in Saudi Arabia," said Nicola Bettio, manager of the recently launched Innovation Fund.

According to Bettio, there is limited interest in startups in these industries in Saudi Arabia, where many VC arms invest in organizations that are focused outside the technology space, like ecommerce and iOS apps.

The fund will provide seed and early stage investment of up to $2 million, and will co-invest with other funding parties. “We want to attract other venture and industrial investors sharing the same perspective,” Bettio said.

Acting as VCs will also allow Bettio’s team to become strategic investors, and act as advisors and mentors as well. And beyond the financial support and mentorship that the fund promises, startups will also benefit from a host of non-financial services that include:

- Streamlining the process by which companies in Saudi Arabia and abroad are incorporated in the Kingdom.

- Providing offices and access to labs, manufacturing facilities and research parks at KAUST.

Besides helping them spend their cash effectively, the knowledge, experience and networks that investors can offer entrepreneurs are oftentimes key elements in helping them realize their visions, a point that Amir Farha of BECO Capital touched on in a recent Wamda interview. “We spend a lot of time helping them with strategies, building partnerships with specific companies or telecoms. We help them with business development, getting customers and hiring talent.” 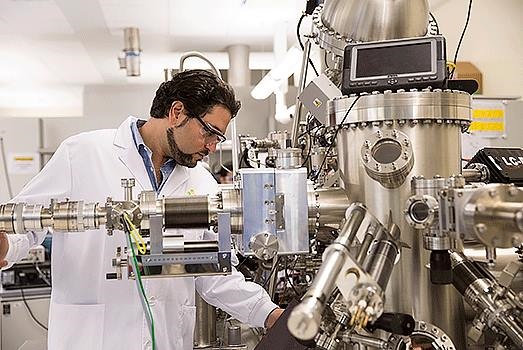 Innovation can be defined in so many ways that the term is potentially overused. For Bettio, innovation isn’t related to the product itself, but to the impact it’s creating. “Real innovation is anything that can have a major impact on the top problems of humanity,” he said referring to themes the fund is focusing on.

The funding process begins after KAUST acceleration programs conclude (to register for the acceleration program, click on this link). These programs help entrepreneurs develop their ideas, prepare them for fundraising and give them the opportunities to attend workshops and events. One startup that attended their lean startup bootcamp was NOMADD, a company that has developed a low-cost, low-impact system that cleans solar panels in the desert.

It’s not the lack of financial resources

While Saudi Arabia has abundant financial resources, Bettio believes they need to be put in more diverse industries. “In the Kingdom [we have] a limited number of investors interested in venture capital, especially for early-stage tech startups,” he said.

But what about the bigger picture?

"We need to support the growth of our startups beyond simple seed funding, encourage international technology-based early stage companies to move to Saudi Arabia and attract local investors and international venture capitalists to the Kingdom's relatively young innovation ecosystem.”