This year the world is abuzz with the word 'batteries', as Tesla releases its wall-mounted storage device for the home and the global race for the 'super battery' becomes ever more heated.

In MENA, the adoption of battery technology will bring about profound changes as petrostates become solar-nations and homeowners become their own energy suppliers.

This is the third of Wamda's three-part dive into the possibilties - and challenges - of the age of the battery. The first article in the series is The future of energy and the second is Supercharging the new energy order [part 1].

Imagine being able to store some of the electricity flowing past your house during the day, stocking up against the risk of blackouts or to run power-hungry products like air conditioners.

In the US, that fantasy is beoming reality (for the select few who sent their orders in fast enough) after Telsa founder Elon Musk launched the Powerwall home battery in April. It's a sleek wall-mounted unit, the largest of which can store up to 10 kWh - that's kilowatt hours, for the laymen out there - or about five hours of power according to numbers crunched by Wired. 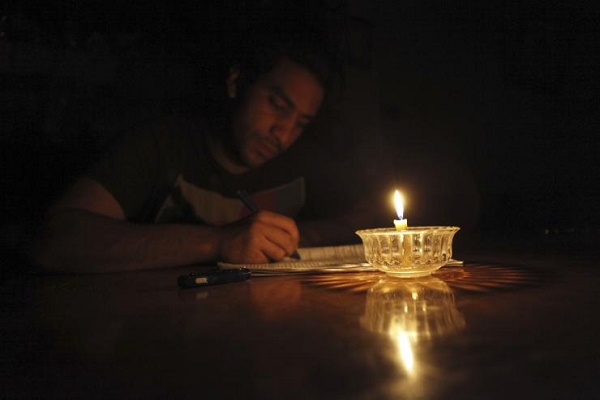 In the Middle East and North Africa, the situation is different. Even if the Powerwall were available it'd have to be tinkered with to adapt to local power fluctuations, though frequent power outages and the need to use alternative electricity sources make the concept imminently suitable for many parts of the region.

It is this problem a small number of local entrepreneurs are beginning to exploit.

Wamda was only able to locate two companies working with battery technology: Energy24 in Lebanon and Green Box Energy in Jordan. Renewable energy companies are also starting to include batteries among their products, with Net Energy Jordan and SolarizEgypt offering customers both solar panels and energy storage devices.

Energy24 finance manager Nadia Moussouni says the tiny company, which launched in 2011 but still considers itself to be in an initial pilot mode, is struggling to keep up with demand generated from that pilot. Today, they have about 70 customers in Lebanon who either rent or own the bespoke ‘energy storage system’ (ESS), but enquiries are coming in from throughout the region.

“The market (for energy storage systems) is very new, it’s very fresh, and there’s no penetration in this region. There’s a lot of room to grow and lot of customers to reach,” she told Wamda.

The Energy24 ESS acts as a holding reserve for power. The electricity grid feeds through the ESS into a home or building with the device storing what isn’t used, and during blackouts it acts as a backup battery - a similar (and cheaper) concept to Tesla’s PowerWall unit. The new model will include a renewable energy source so users can both generate electricity and store it.

Moussouni says the company is looking for investment to beef up its manufacturing abilities and to hire more installers trained in dealing with high voltage equipment.

Green Box Energy is a Jordanian startup, launched only this year, which wants to manufacture the parts of its solar-panel-plus-battery prototype locally. Although this technology is widely available – Alibaba sells thousands of these packs – it’s not easy to bring into MENA because of problems importing solar panels and batteries. For example in Egypt, KarmSolar CEO Ahmed Zahran told Wamda that although customs duties are theoretially not levied on solar-related equipment, it's a battle convincing officials that parts really are intended for use in the solar industry.

The founders, Al Quds College students Omar Alzol and Rashed Jamal, want to build a product now to jump start a Middle East market, then innovative later. Jamal told Wamda they’re working on a low cost unit but are waiting on a cash boost after coming second in the university division of the Queen Rania National Entrepreneurship Competition this year.

At SolarizEgypt, operations manager Mohamed Emad Aldien says they brought in an energy storage option after customers began asking how to store the energy they’d generated from their new panels to tide them over during blackouts.

The ‘UPS-ATS’, or uninterruptible power system with an automatic transfer switch, is cheap and easily accessible. SolarizEgypt adapted it to use with their solar panels and showcased the system at a Sinai music festival in April.

Cost is the major factor preventing batteries from being used more widely in MENA.

Aldien says the SolarizEgypt battery will cost from around $655, depending on the size of the storage cells.

Between 2007 and 2014 the price of a lithium ion battery fell from over $1000 per kilowatt hour (kWh) to $410 kWh. The high cost has prevented the technology from being widely adopted, particularly in poor countries.

“The cost of energy storage has to come down. (Renewable energy systems are) not the same as the technology needed for cars. Batteries for cars need a huge technological improvement,” said Steve LeVine, author of The Powerhouse. “Whereas with stationary (batteries) they can go with the current technology, scale it up, but they have to bring down the cost by about a quarter to make it affordable.”

Additionally, a distinct challenge in the Middle East is a lack of research capability and a lack of investment to fund private development.

Cleantech Arabia founder Ahmed Huzayyin says not only is there a region-wide shortage of money to fund product development, but nowhere in MENA is there a strong history of experimental research.

He’s deliberately pushing Cleantech Arabia-funded entrepreneurs to consider including energy storage options in their business models, and some research in Abu Dhabi, Egypt and Saudi Arabia is being done on lithium-ion batteries and supercapacitors.

Experts such as LeVine believe battery innovation will be the technological breakthrough of the 21st century, and revolutionary when combined with renewable energy.

As solar power prices tumble, undercutting coal in Texas, Brazil and Dubai, Musk’s Powerwall home battery pack takes off, and as the US, Japan, South Korea and China duke it out to be the first to build the ‘super battery’, personal energy storage of very cheap renewable energy has already arrived around the world.

In the MENA region there is plenty of space for forward-thinking entrepreneurs to join the global rush. Although the challenges are still high, the market - as indicated by demand for Energy24’s ESS – is ready for a system that can replace inconsistent grid electricity and potentially lower power bills.

Slowly startups are beginning to realize how much possibility there is in the humble battery.