The oil game is still played very traditionally in the Middle East, but companies such as Dubai’s biotech firm Epygen Labs are slowly encouraging the sector to rethink the old ways.

Debayan Ghosh (below) and Ariyarathenam Manickam, a researcher and a businessman respectively, were the first to move into Dubai’s DuBiotech Park in 2005, launching industrial enzyme firm Epygen Labs.

“Our strength is to be able to identify the protein of interest and then modify the expression system in such a way that it can be used in an application. That application can be for healthcare, for food, or industrial biotech,” Ghosh said. “In this part of the world, when we set up our company in DuBiotech Park, we saw this opportunity in terms of oil and gas.” 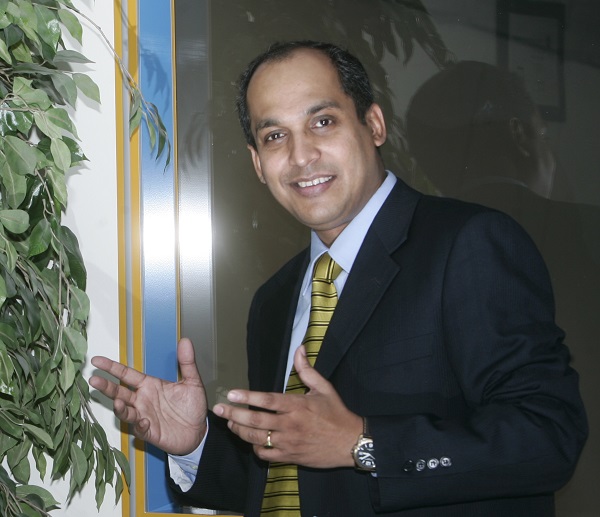 Although Epygen Labs has developed products for specific uses in the pulp and paper, textiles, biofuels, homeware and leather industries, during an interview with Wamda we focused on just one: oilfield enzymes.

The Middle East is home to seven of the world’s biggest oil or gas producing states, according to the US Energy Information Administration. World Bank statistics show oil production accounts for, on average, a third of GDP in the region’s top six oil producers Saudi Arabia, Oman, UAE, Bahrain, Qatar and Kuwait. And that’s not including associated industries such as refineries or petrochemical plants.

And yet the sector remains largely impenetrable for local startups and new ideas.

Mohamed Hafez, chief control engineering department Abu Dhabi Company for Onshore Petroleum Operations (ADCO), said during a conference in Abu Dhabi in September that the big companies tended to be “conservative and introspective”, and lamented the lack of venture capital support for startups like Epygen to make inroads.

Ghosh worked for biotech companies in the US and India for about 10 years before launching Epygen Labs in the UAE, and said although it wasn’t easy, “we have been able to make changes in people’s minds, to show them the benefits”.

Today, the company is working with heavyweights such as Abu Dhabi National Oil Company (ADNOC), Saudi Aramco and Total, and is looking to push the product line to other large oil producers in the Gulf and wider region.

Ghosh said they still had no rivals as a locally grown industrial enzyme company, but in the more narrow oil sector potential competitors include global energy services providers Halliburton and Schlumberger, both of which have large business interests in the Middle East. 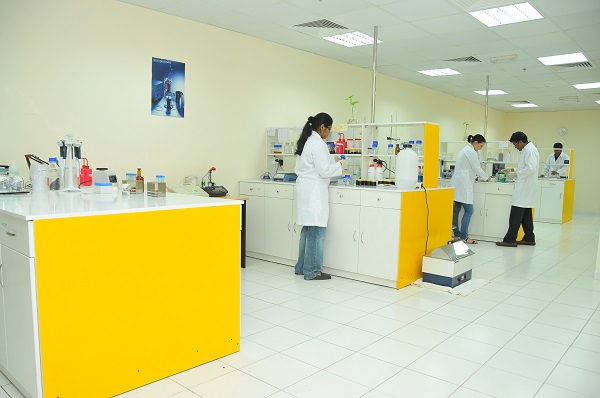 What Epygen Labs created were five products under their in-house Petrolize brand. Developed specifically for Middle Eastern oil fields, they tackle the problem of ‘filter cake’, which builds up in oil reservoir capillaries over time, much like cholesterol around a human heart, and causes declining productivity.

The problem is usually solved by injecting hydrochloric acid to melt blockages away, causing environmental problems and more sauce for repeated criticisms about the oil industry’s use of harsh chemicals, which have the potential to leach into water tables and cause pollution above ground.

Ghosh explains in the Q&A below how the Epygen Labs enzymes are not only an environmental alternative, but also work considerably better than the old methods.

The big picture: We were constantly hearing about the environmental impact of oil and gas production in this part of the world. We said, ‘Let’s look at it and see what can be done, whether it is cleaning up an oil spill or cleaning up the oil production process’.

We looked at the process and saw that most of the wells are drilled with something called water based mud: drilling mud is used to keep the drill bit cool.

The water-based mud is engineered to [be more] effective and is much cleaner in terms of the environment; it does not have the polymers or harsh chemicals.

The problem: After you’ve finished the drilling it leaves an impermeable ‘filter cake’ [in the well bore that] actually blocks the oil. 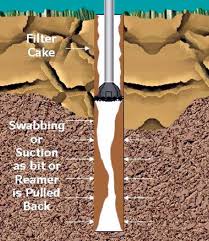 This filter cake is removed using acids [such as] hydrochloric acid, which are very harsh. Acids are indiscriminate; they react with whatever comes in their way. It breaks down the calcium carbonate in the filter cake, [but] cannot break down the biopolymers [naturally occurring substances with large molecules that have many repeated subunits].

As a result what was happening was the acid was reacting in only some places… The driller thinks a lot of cleaning is happening, when actually the acid is running away in a weak zone or [pooling in] one section, leaving the rest of the filter cake intact.

The solution: We developed this enzymatic system which is very efficient to break down biopolymers: the use of carbohydrates which chop these biopolymers into simple sugars which are actually water soluble.

The technical challenge: There was the challenge in terms of the enzymes working in the downhole [underground] conditions, [which in this region is] usually a very high temperature. We’re talking about 240 degrees centigrade... very high pressure and sometimes salinity and other issues which would otherwise disturb the enzymes.

So we went back to the drawing board. We started working with organisms which can withstand harsh conditions, then did some genetic engineering and some classical genetics and got hold of those organisms which could express [produce] the enzymes [we wanted].

The results: It has been proven in multiple applications in this region that these enzymes are very effective at removing the filter cake - so effective that productivity in these wells went up by 50 percent.

The best part of using this enzyme is that it not only increases productivity, it is also a very clean, innovative product. It’s 100 percent biodegradable [because] it converts the biopolymers into simple sugars which are water soluble. The end product, after breaking down all that filter cake, could be easily discharged into a marine environment or the landfill.

The future: It’s not an easy job to change the mindset of people because they have been using acids for 10 years, for 20 years.

Biotechnology is so new. When we explain to people that this is a molecule that doesn’t hurt you - you can actually touch it with your hand - but it will break down the polymer you cannot using an acid, it’s hard for people to understand.

That’s the current barrier we are having to overcome, but that’s more of a human than a scientific barrier. I’m really hopeful that in a couple of years time, as especially governments take notice of this and see that it is good for the region in terms of a cleaner process, a better environmental impact, and an increase productivity, things will get better.