While waiting at a vaccination center in Jerusalem, Hafeth Zughayer noticed parents coming in and arguing with the nurses after learning their children had missed their polio vaccination by over two years.

He later discovered that over 20 percent of children around the world don’t receive the most basic vaccinations.

With his 15 years of expertize in business, telecoms and consultation, Zughayer cofounded Universal Baby Vaccinations (UBV) with Falastin Jaulani and Ashwaq Ghazzawy to simplify, improve and sustain vaccination procedures for children in the region, and later globally. 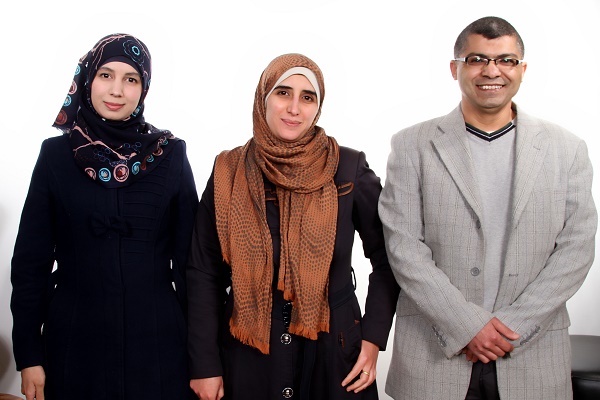 UBV is an app for organizing the vaccinations process.

“If parents took their child out to be vaccinated in the local vaccination centers, the app automatically connects them to the Palestine Ministry of Health (MoH) to identify the child bringing his or her vaccinations profile to the app,” Zughayer said. “The nurse then could easily update the record of the child for the vaccination that was provided without the need of any paperwork, and it will be directly synchronized into the app.”

The digital record of all vaccinations is kept both on the app and in a secure server, potentially a major benefit to refugees who lose their identification papers and vaccination booklets.

The threat of low vaccination rates is real.

As recently as January 2015, a polio outbreak starting in Syria and Iraq caused a 12-month emergency, as immunization and vaccination providers across the Middle East raced to counter the disease. 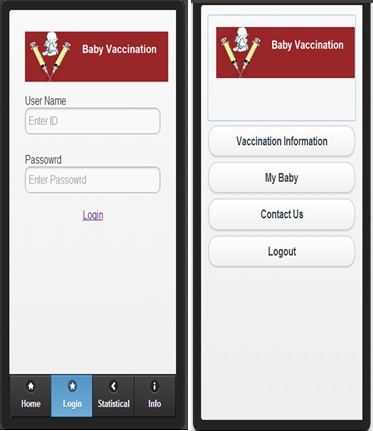 Vaccination is a main pillar in the modern public health systems. It’s used by governments and organizations to immunize children from an early age against serious diseases such as measles and polio that could lead to illness, disfigurement and disability.

Studies show that one out of five children who dies before his or her fifth birthday dies from a vaccine-preventable disease. In the Middle East access to health and vaccination services improved between 2000 and 2010, but 415,000 children a year still die before their fifth birthday, according to UNICEF.

UBV: how it works

The team aims to eliminate the traditional vaccination booklets by integrating UBV records with those held by the MoH and other public organizations.

The app sends reminders via SMS and email to parents when their child should take their next vaccination, based on their birth date. It could also be used as genuine documentation of a person’s vaccinations.

But it also addresses two other main players: governments and vaccination centers.

Governments could manage vaccination campaigns more easily and receive instant analytics on how many people have been vaccinated, leading to an easier procurement of vaccines and lower overhead cost.

Vaccination centers could link urban and rural locations to a unified database with access to national vaccination information.

The app is yet to be integrated with the government department, but privacy concerns would be allayed by securing the data for each user on a server managed by the MoH. 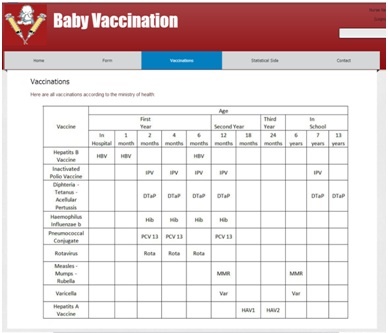 Zughayer acknowledged that there were competitor apps but stressed that UBV was unique: its MoH-accredited information cannot be edited by the user - parents - or any third party, unlike the standalone apps available on the app markets.

The app works on all major platforms including iOS and Android, but as it uses SMS for reminders it can also be used in areas where internet connectivity is low.

To test the app, the UBV team acquired a copy of the MoH’s vaccination records and successfully integrated it into the application. They are currently developing it further and reaching out for organizations to back their work.

After working on the app for over a year, the team intends to launch first in Palestine before moving into the wider MENA region and Africa.

They are trying to get support from local public bodies such as the Palestinian MoH and international organizations leading the field of child health and vaccinations, such as the World Health Organization and the Gates Foundation.

The team participated in the 2015 MIT Enterprise Forum Arab Startup Competition where they were finalist runner-ups.