The industry of connected objects, or what we have come to call the Internet of Things (IoT), has rapidly expanded around the world, but industries and individuals are still hesitating in the face of a few hurdles.

This hesitation is even more visible in developing countries, such as Tunisia, where the hurdles are bigger and the number of IoT champions and early adopters is smaller.

As a member of the tech community in Tunisia, Chifco has been privy to the last developments on the adoption of IoT in the country and is a major actor in working towards solving the challenges facing the industry. 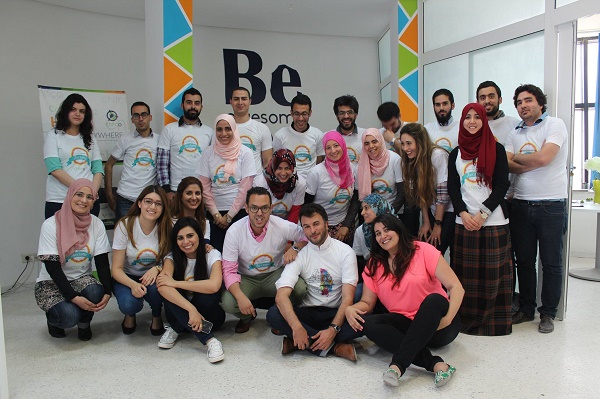 Among the discussions taking place in Tunisia around IoT was a panel on the issues facing the industry at the end of August at Cogite Co-working Space. Ministry representatives, CEOs, entrepreneurs, and a sample of end users looked into problems around the public’s lack of familiarity with IoT, internet connection quality, reach and security in Tunisia, user experience, and privacy.

Following that panel, Chifco has identified four main issues (some raised by the participants and some not) which the tech community is transforming from hurdles intopillars of success, both in our country and all over the world.

If these hurdles are overcome, which they are predicted to be by 2020, IoT will become a part of our daily lives at work and potentially at home.

1. Connectivity evolution: from cable modems and DSL to FTTH and 4G

Slow or patchy network connectivity is a problem for IoT devices.

One solution that could resolve this is Fiber to the Home (FTTH) infrastructure, which is the use of optical fiber directly from a central point to a building.

This dramatically increases the speed of internet connections by between 20 and 100 times than your typical cable modem or DSL connection. One of the major telecom operators in Tunisia, Tunisie Telecom, already launched its first FTTH offer for corporate clients in September 2012. A second major telecom operator, Oreedo, launched a similar offer in July 2013.

Connectivity is also evolving in the mobile network world, as the Next Generation Mobile Network Alliance predicts that 5G networks will be rolled out globally by 2020.

However, in Tunisia we are expecting 4G to be deployed at the end of this year by the third and last major telco operator in Tunisia, Orange, which will be soon followed by the two others next year. These telcos and their clients were behind the push to prepare the market for 4G, mainly to keep up with the growth of the industry of connected objects which is expected to saturate the 3G networks soon.

Interoperability between existing protocols such as ZigBee and Z-Wave, wireless technologies that were developed as global standards that allow smart devices to work together, is still a problem.

This has been a problem in converting industries and individuals into IoT adopters, as the protocols make the investment in terms of hardware and software complicated and important.

In this case the Open Interconnect Consortium (OIC), a group of industry leaders who believe in a common interoperable approach and in open source implementation to enable scale, is taking the lead in establishing a single solution.

A universal solution would, in fact, render protocols obsolete and make the industry’s expansion faster and its adoption easier.

The idea of one platform, or one application to manage all your hardware would simplify the current state of home automation, a big component of the IoT industry.

Imagine being actually able to control your entire house or office via one interface, or even just by using your voice. Does that seem simple? Soon it will be entirely possible thanks to the tech community that is working on solutions to simplify the task of mastering your surroundings via IoT.

For instance, Apple is working on HomeKit which is a common language that all smart devices from any manufacturer can understand and support. Brillo, Google’s new platform for IoT does virtually the same thing and was developed following Google’s acquisition of Nest.

4. User Experience: selling a product that is already selling itself

Resolving the above issues makes integrating IoT into our daily habits much easier.

Adopting IoT solutions becomes more appealing when unencumbered with too much hardware and software.

But designing a product with the ultimate user experience - the design, the usability, the efficiency - is also essential. A product made for the consumer and adapted to their lives is what makes it hard to do without.

The possibilities of a connected home.

Connected objects will soon be an indistinguishable part of our lives, physically and digitally.

Connected objects and machine-to-machine technologies are arriving sometimes without us even realizing, and all the experts seem to believe that by 2020 IoT will be a ubiquitous feature of everyday life.

The rapidly expanding range and scale of devices is helping to transform problems into solutions. Being an early adopter definitely feels like being on the side of progress.