Dubai’s goal of becoming the smart city of the Middle East got a little closer this week when they announced the signing of a Dubai Data Law.

The new law, announced on Twitter by His Highness Sheikh Mohammed Bin Rashid Al Maktoum, vice president and prime minister of the UAE and ruler of Dubai, will allow the sharing of government data with the private sector.

According to the prime minister’s website the new law would make the data accessible to researchers, investors and service developers via an integrated platform.

In doing so the law is going to be creating opportunities for collaboration between government and non-government entities, in turn this should increase the competitiveness of data providers at a local, regional and international level.

Of course, the law has yet to actually be published, so the intricacies of it are yet to be made public. However, largely what can be expected is that this kind of collaboration will manifest in the easing up on of many problems that face growing metropolis’. Issues surrounding the better management of waste, water, power, healthcare and public health

Back in November 2014 the government had announced the establishment of the Dubai Open Data Committee to draft the now signed law.

It’s not a bad move for improving the economy and job prospects of the emirate. The International Institute of Analytics predicted that in 2015 alone the global big data and analytics market would be worth $125 billion.

“Open Data is a treasure trove for entrepreneurs,” said data scientist Ali Rebai. “Government will be able to improve its services by knowing the needs and affinities of citizens and then provide them and engage with them in real-time and deliver personalized services.”

The US is an example where data sharing has already been acted upon. As Rebai says, the essential building block for a smart city is open data.

“One of the main obstacles to adopt open data initiatives is culture where people don't want to share their data even within the same organization because they don’t understand the value of sharing data or they think this would be affect their privacy which is not the case.” 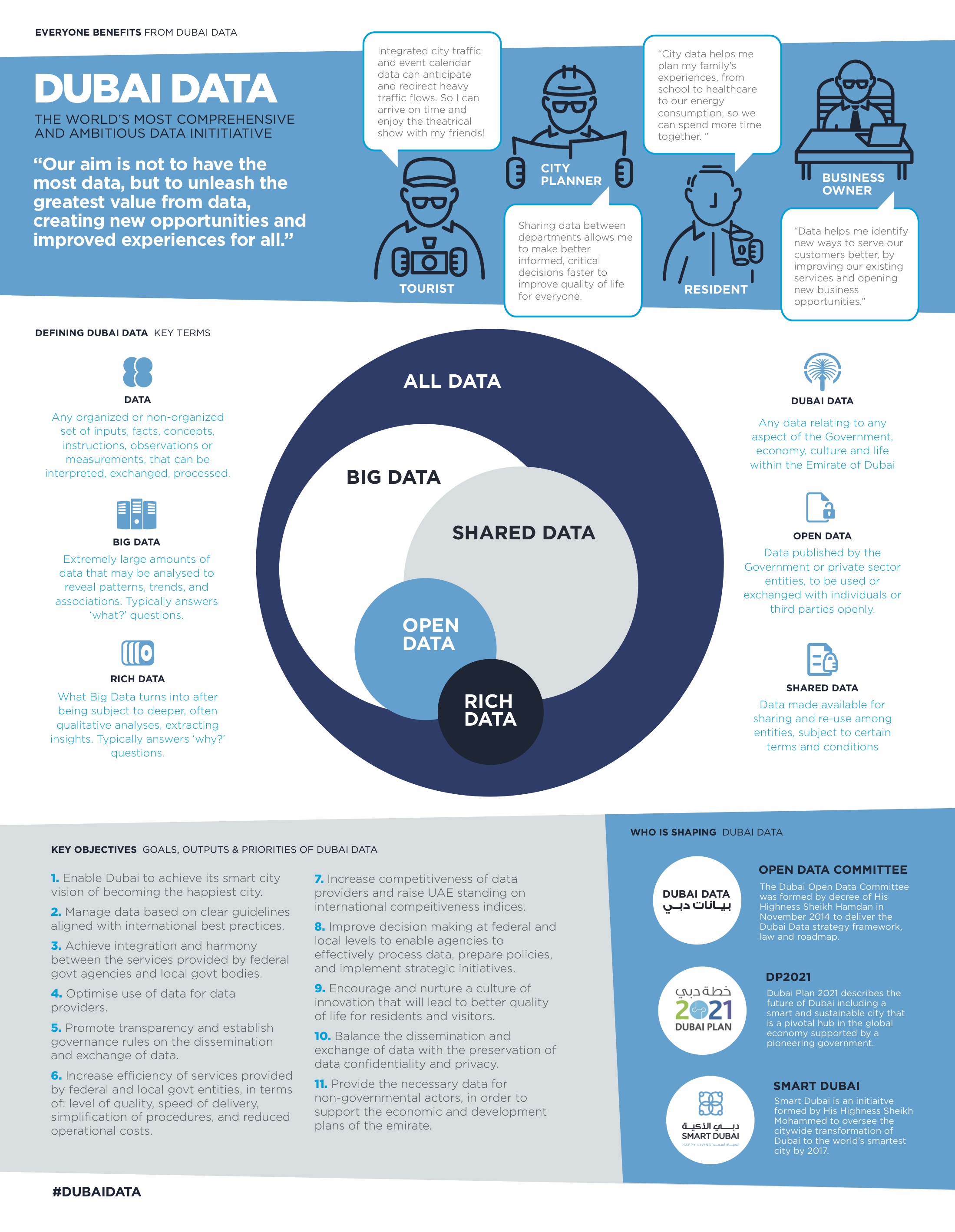 The impact that this is likely to have on the economy, job creation, and society as a whole is felt widely, not least by the startups who use big data and analytics.

For Sarah Hawilo, CEO at Lebanese startup serVme, a restaurant booking and customer analytics platform, such a move will eventually be of great benefit to businesses like hers.

“These same initiatives have sorely been lacking in the tourism industry and only recently businesses have begun to realise this and hence invest in technologies like ours,” she told Wamda. “We hope that the government’s initiative would further encourage local restaurant groups to tap into the potential data available in their industry.”