The lab, in building Number 26 of the King Fahed University of Petroleum and Minerals (KFUPM), is the first digital manufacturing lab in the East Province of Saudi Arabia.

It is the result of a partnership between the private sector’s Saudi Aramco and the government, represented by KFUPM. 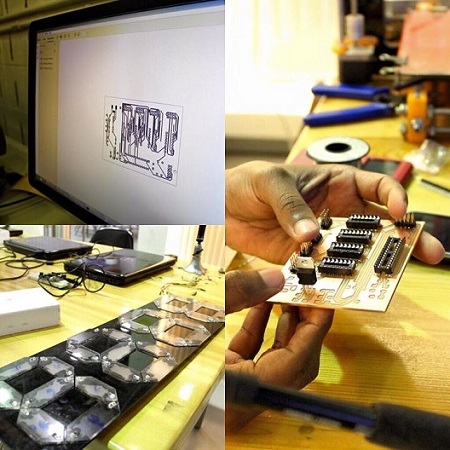 "The main purpose behind creating the facility there was to enable members of the community to use the digital fabrication equipment, and to spread the culture of making things and progress it in the Kingdom," said Fab Lab Dahran manager Bader Al Saif.

Other reasons were to help inventors create prototypes and prove theories, provide a center for communication and collaboration, and enable Saudi inventors, both male and female, to have a well-equipped, state-of-the-art lab and programs for creativity.

"Fab Lab Dhahran is creating a community of inventors and providing them with the right education and environment for designing and implementing their ideas," said Al Saif. "This is how we become productive."

A decade ago, MIT professor Neil Gershenfeld launched what is now known as Fab Lab, a shortening of Fabrication Lab. They are a group of workshops that that provide people with the tools to develop their ideas into tangible products.

These workshops have now spread to over 400 locations from Boston to Egypt, Bahrain and Saudi Arabia.

The lab provides five basic manufacturing machines and training on how to use them.

There is a CNC mill that can cut large boards; a laser cutter that uses laser technology to cut, mold and engrave wooden and metal sheets; 3D printers; a vinyl cutter and a template-building machine which makes small molds with perfect precision; and a machine that contains the parts, circuits and electronic sensors necessary to build electric devices with small digital controllers.

Most products manufactured at the facility are either made of wood such as furniture, or plastic, such as eyeglass frames. 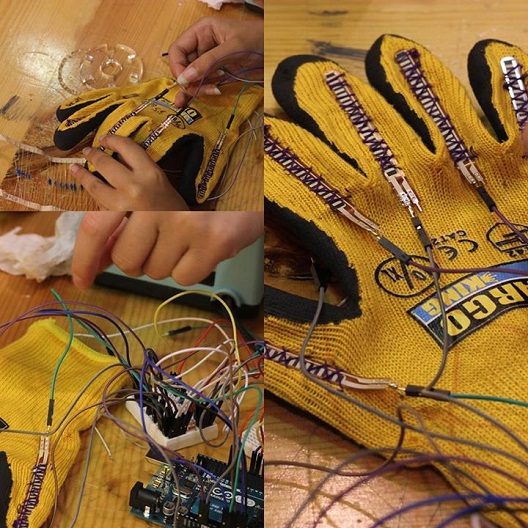 So far, the most prominent invention is a rocking chair especially designed for airports. It includes a screen that displays flight times and was invented by Abdullah Al Doussary.

The passenger enters all data related to his flight while sitting on the chair, which vibrates 10 minutes before his flight, increasing the intensity of vibrations if he fails to get up.

Fab Lab Dhahran runs 16 weekly workshops with each centered around a specific device. 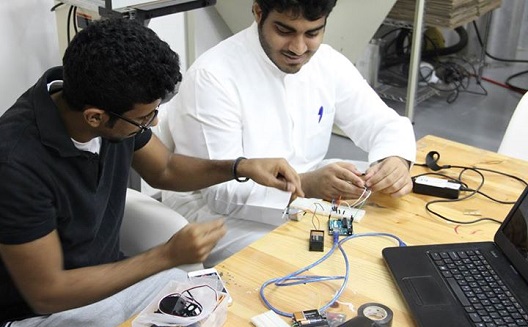 In the making: Participants at Fab Lab's modelling week.

The facility offers a summer program for teenagers between 16-18 years and is open for school visits to introduce students to digital fabrication.

"The doors of Fab Lab Dhahran are open to everyone with no expenses involved, because it provides the inventors with all what they need of equipment and devices and education. It's a facility that was not built for profit, and yet it's completely well-equipped, which visibly helps in creating a new generation of inventors in Saudi Arabia," AL Saif said.

For Saudi inventors the problem lies not in designing inventions but in implementing them, Al Saif told Wamda. They don't know where to go to make it a reality and rarely have the right environment and tools available to them.