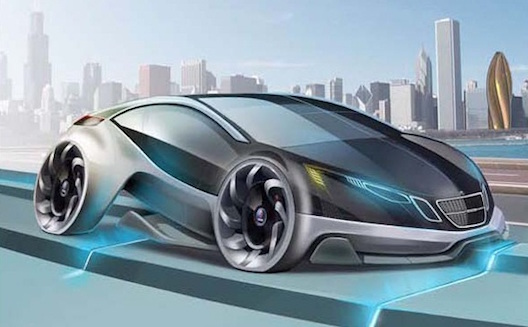 The future of cars? (Image via McMaster.ca)

Forgetting where you parked your car is an embarrassing problem that’s about to become a thing of the past.

For almost two months Moroccan developers have been building apps for the home-grown Moroccan Smart Car during the Maroc ScreenDy Cup 2015.

Officially launched on October 1, 2015, this competition aimed to incubate and accelerate innovation on Moroccan connected cars.

The ScreenDy Cup Maroc was launched to encourage Moroccan startups and developers to help build the app marketplace for the local connected car, launched by Moroccan Chevrolet and Opel distributor CFAO Motors and local geolocalization and mapping startup MagNav in March.

ScreenDy is a Moroccan platform which recently moved to Silicon Valley which allows developers to create Android iOS mobile applications without writing one single line of code.

The locally developed connected car has an 8-inch full HD touch screen that runs on Android 4.4, is connected to the internet via wifi or a 3G dongle, and comes with voice GPS navigation, music streaming and the ability to listen to the radio via a semi-digital format called RDS, and a reversible rearview camera.

It is meant to be an alternative to the Android Auto and Apple CarPlay operating systems which, according to the project owners, don’t meet the needs of drivers in developing countries in general, and in Morocco in particular.

In fact, a number of the applications used by the two foreign systems are either not usable or unavailable in Morocco. Moreover, few of those apps are free and the platforms are closed to developers.

The Moroccan car software platform is free of charge and open for developers. 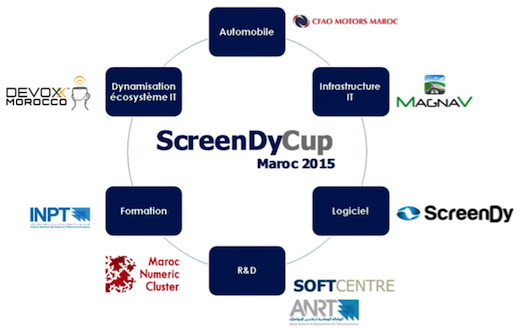 A collaborative competition (Image via ScreenDyCup)

Bringing in the kids

This first edition of the competition saw real enthusiasm among students.

“Since we launched the competition, we have had 1,500 active developers on the platform, of whom 40 are in the finalization phase and 3 have reached maturity,” said Soft Centre director Jamal Benhamou, the organization that ran the competition.

The winning apps were ‘Where is my car’ and ‘SOS Santé’.

Where is my car allows the driver to use his smartphone to find the location of his car in case of theft or even just forgetting where it was in a car park.

SOS Santé allows emergency workers to access a patient’s health records to reduce the risks of injection complications. It can send send an SMS to preselected people as well as to the nearest hospitals to alert them that an accident has occurred.

“This competition allowed me to materialize my idea and to have the needed support to enter the market,” said SOS Santé developer Khalid Machchate, who studies at ENSIAS in Rabat.

Contestants will retain the intellectual property of their mobile application and will see their products launched within the Moroccan connected car app store, as well as being marketed at the Moroccan Motor Show 2016 and the Mobile Monday Maroc 2016 event organized by Maroc Numeric Cluster. 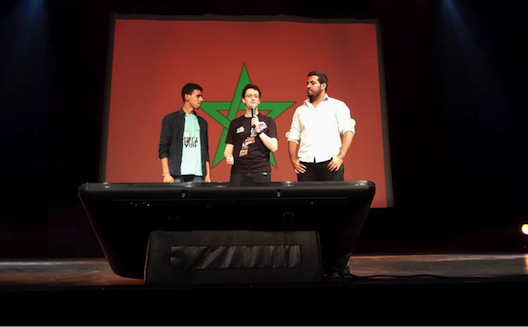 Mehdi Alaoui with the two winners. (Image via Jamal Benhamou)

While awaiting self-driving cars the automotive market is experiencing the emergence of the connected smart car.

Connectivity enhances road safety as cars are able to detect pedestrians and cyclists, offers services such as GPS navigation that optimize fuel consumption and traffic flow, and collects high-value data for insurance companies, marketers and researchers.

According to research firm Gartner, the technology will reach maturity in the next five to ten years.

But for now, the connected car still has some challenges to face.

According to JD Power’s findings on connected vehicles, manufacturers are spending huge amounts of money on these technologies but drivers are still not using them.

Piracy is another major challenge. The Fiat Chrysler Group had to withdraw 1.4 million vehicles in the US to correct a flaw in the navigation software that allows remote control by third parties.

The distraction posed by a panel of multimedia options is a risk to drivers’ concentration, and the issues of protecting personal data and the determination of who’s legally responsible in case of accidents linked to these innovations have not been resolved.