MENA is the most water-stressed region in the world.

The top sixteen countries in the world facing shortages of renewable water supplies are those between Morocco and Oman, according to 2011 data from risk advisory firm MapleCroft.

Crises have already hit Egypt, Oman and Jordan this year and Lebanon is feeling the pinch, despite torrential Autumnal rain, as both private tanks and municipal services run dry.

Into this breach steps William Janssen (below). 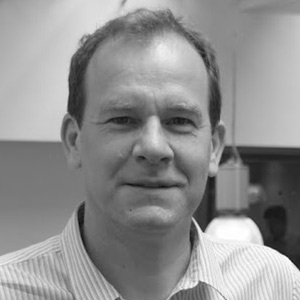 The dutch entrepreneur left the rain-soaked Netherlands for the UAE for a project management job. He ended up staying and founding Desolenator in 2012, a startup with a new design of solar desalination device that produces potable water in arid countries.

“A lot of people don’t know that solar panels are not very efficient. In places like Abu Dhabi… it gets so hot you can literally fry an egg. It just gets too hot [for panels to function at their most optimal level],” he told Wamda.

The logical conclusion was to use the heat from the panel to boil water while it generated electricity.

Janssen’s solar-desalination unit is deceptively simple. Like solar water heaters it boils water, but then distills the clean liquid for use as drinking water.

Saline water, from the sea or a brackish well for example, is heated over a piping hot solar panel to 95°C, before it runs off into a boiler. Electricity from the panel boils the pre-heated water and the vapor flows into a cavity at the top of the device. The steam condenses via a heat exchange process and voila, a small unit can, theoretically, produce 15 liters of drinking water a day.

If a solar panel has a maximum efficiency turning sunlight into electricity of 15 percent and a normal solar water distiller of 35 percent, Desolenator aims to be around 50-60 percent efficient by combining energy from the solar panel, thermal heat exchange, and having the device completely insulated on three sides. 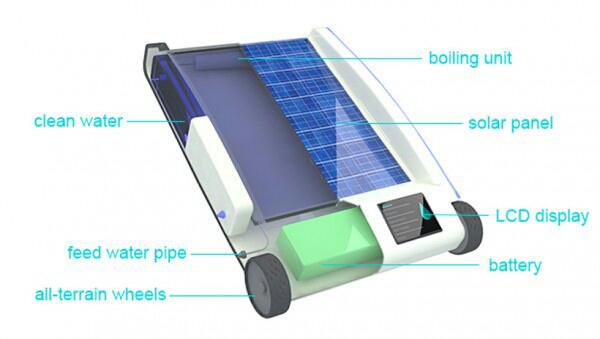 The device is currently undergoing testing with Desolenator’s manufacturing partner in Shenzen and the first units should be coming out of the factory by the end of the first quarter of 2016.

So far, the startup owes 150 units to cashed-up Indiegogo supporters and 100 to its NGO partner Water Is Life, which will do the initial field tests for durability. They’ve also lined up a wealthy Kuwaiti family-owned conglomerate which wants to distribute the units to Syrian refugees in Lebanon.

This initial client base is a fairly accurate illustration of where Janssen sees his device being used around the world: a premium $999 model for the wealthy, a mid-range model of about $500 for people in countries such as India, a very cheap NGO model, and niche products for yachties needing a high-tech fresh water solution, and a medical model that can both distill and sterilize.

According to Janssen, other attempts to provide water devices for humanitarian organizations, be they water purification or desalination devices, have been been mostly unsuccessful. He said the funding humanitarian entities receive was too variable to build a supplier business on.

“The best way to make our product a sustainable solution for people in the developing world is for us to be a for-profit company that runs a viable product in a viable market and then… bring the product from where we are all the way to the bottom of the pyramid.”

Janssen is focused on India as his first mid-range market. Reverse osmosis water purifiers are already reasonably common there but at a cost of $30,000 and with high maintenance requirements. Janssen believes his device is more useful, and less likely to be attacked by ‘water mafias’ and put out of business.

“It is our aim to bring the device to the family. A standalone, off-grid, family-sized device,” he said. ”It can be put on the roof, and run by the woman of the family.” 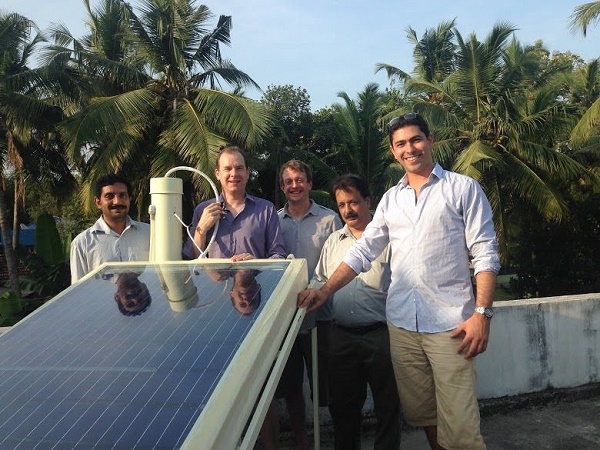 The India team with a test unit in Kerala.

Early premium buyers are from the arid zones of California, Western Australia, Northern Chile and Cyprus.

“There are also a lot of Preppers in the United States,” he said, referring to people who stock up on canned food and survival apparatus in preparation for an apocalypse.

The first target market, however, will be Cyprus: it’s sunny and dry, relatively rich, the infrastructure is good, but crucially city water supplies are intermittent and people don’t drink water from the tap.

He wants to hit Cyprus with the first models to come off the production line in March or April next year.

Prototyping was finished earlier this year on the basic model, but the others, while designed, have not been engineered yet. 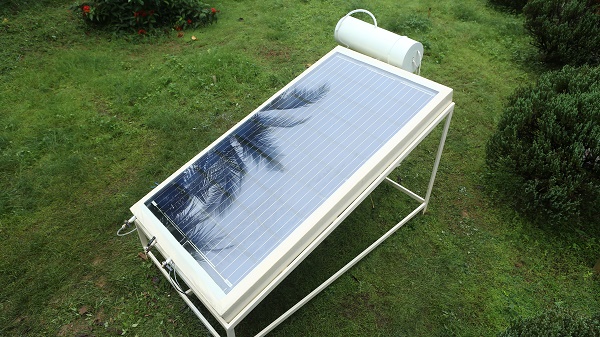 The most recent Desolenator prototype.

Now Janssen is looking for $750,000 in seed funding, which he is “extremely confident” of locking down in a few months time, most likely from foreign impact investors keen on the business’ mix of the for-profit, -environmental, and -social combination.

The traction gained from the Indiegogo campaign at the start of the year, which raised $167,000, launched the startup into the public eye and into the sightlines of a number of investors.

The ramifications of the highly successful crowdfunding campaign (they were aiming for $150,000), has led to incubation with the Imperial College Incubator in London, several prizes, and an invitation to SoCap15, the big social impact conference in San Francisco.

The Gulf region is predicted to start seeing summers with temperatures beyond the limit of human survival if current climate change rates are not slowed now, according to a study published in the Nature Climate Change journal.

Water shortages will exacerbate the effects of severe heat waves, especially for the poor.

Competitions such as the GE-Aramco technology innovation challenge this year for renewable energy solar desalination ideas, and devices like Janssen’s, ironically born in the region, could become a way for MENA to work-around its water problems on a small scale, while waiting for bigger solutions or political action to be taken.