As reported previously on Wamda, the teams attending the first Kuwait Global Technopreneurship Challenge were trying to answer questions related to local issues: how can health informatics be advanced? How can personalized learning be improved? How can solar energy be more efficient and economical?

One of those teams was E-Innovation. Taking second place in the overall competition they won 1,250 Kuwaiti dinars (USD 4,120) for their Solar Cooker - a portable device, easy to transport and store, it is made up of parts that are fitted simply together, kind of like IKEA products. 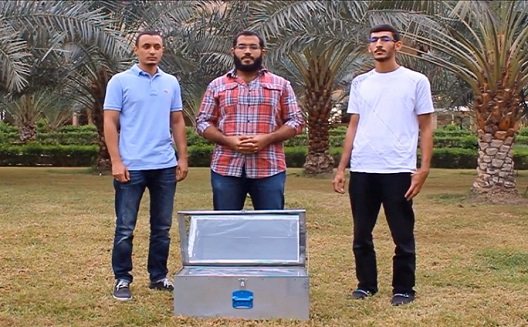 Using the sun as a renewable energy source their device is currently at the stage of improving the design and efficiency. They are also studying the market. Abdullah Osama, one of the team members told Wamda that it will be marketed soon.

How does the solution work?

Ultimately, it’s a low cost product, easy to set up and store, requires little care and supervision, needs no fuel, electricity or gas. It produces zero emissions and is safer for children.

The tech part is very simple. A reflector is used to gauge sunlight into the box through a transparent medium, and the infrared radiation increases the temperature inside the box reaching high temperatures to cook the food.

All in all it’s deemed to be an efficient, realistic and viable way of benefiting from solar energy.

Value of such competitions

According to E-Innovation the most important thing they learned during the Challenge was how to work in a team. They also gained a lot of experience in research and solving problems. Meeting people from different countries and cultures was an eye opener for them.

“I improved my presentation skills significantly,” said Osama. “I learned more about the business model and how to make one.” He added that he also took away insights into how to make their economical “in order to help mankind.”

Also on the team were fellow Kuwait University students Mahmoud Mousa and Ahmed Essam. All have a background in petroleum engineering and mechanical engineering. 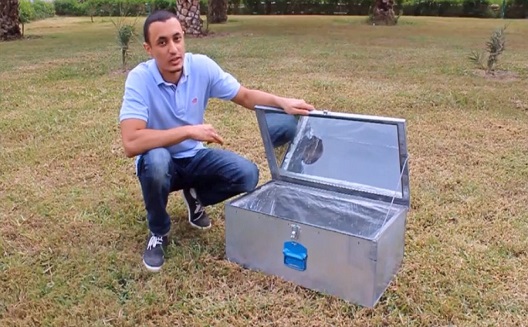 Mahmoud Mousa showing off their prototype.

Learning to target the right audience

Solar cookers are not a new phenomenon and many companies and charities around the world have been using them as a method of combatting poverty for years.

So, in order to not disappear into an already existing marketplace, the marketing of their product was an important aspect of their education in the Challenge - how to target various categories in society and making their product accessible for the majority.

Questions like ‘what are the necessary foundations for starting a real business?’ were among the valuable lesson learned, plus, they say they also got to improve their research skills.

The team also talked with a woman from Palestine and asked her about current challenges that she is facing and whether she would be interested in their product. “The house income is very modest and barely covers the house needs,” she told them. “With my five children growing the house income won’t be enough. The Solar Cooker as an idea is awesome, very useful and the product is cheap,” she said.

The third segment of societies they would like to target would be the medium to high income, with more luxurious design and materials and, of course, higher prices.

Their plan so far is to start with Egypt.

But what makes this solution different from its competition? According to E-Innovation it’s more affordable, sustainable and with proper use it can last for years.

According to Osama it was hard to brainstorm and come up with innovative ideas, but “the design process and the business model were the most challenging parts for us.”