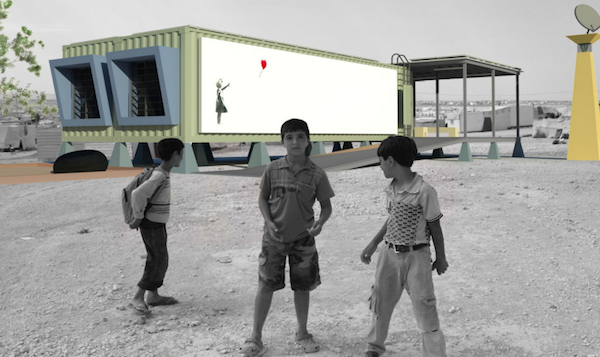 As the Syrian Civil War drags on, a generation of young Syrians languishes in refugee camps, their lives seemingly stagnant as dreams of returning home dim with each passing year.

With limited access to higher education or vocational training—and restrictions in host countries obstructing their ability to work—the conflict threatens not only to rob refugees of their homes, but of their futures.

ReBootKamp, or RBK, a Silicon Valley-based nonprofit specializing in education, wants to prevent this generation of Syrians from turning into a lost generation by giving them an opportunity to learn market-ready skills and find employment in a rapidly growing industry: tech.

In late spring of 2016, RBK will attempt to “reboot” the lives of refugees living in northern Jordan by giving them access to a tech-education program modeled on the bootcamp-style of learning popularized in North America in recent years.

The program is also open to Jordanians, because local universities are struggling to provide Jordanian students with market ready digital-skills, resulting in high unemployment among computer science graduates, according to RBK’s executive director Hugh Bosely.

Between these two groups RBK sees immense promise, and wants to enable that potential by hosting bootcamps inside of a facility called a “ZatLAB”, which will be a compact, self-powered, modular, portable and scalable learning environment containing computers and other tech equipment.

Bootcamps are immersive vocational programs emerging in places like North America as alternatives to traditional four-year computer science degrees and are designed to meet the growing demand for tech workers.

The first ZatLAB will be installed just outside of Zataari Refugee Camp, where both refugees living inside and outside the camp, as well as Jordanians, can access it.

Upon completing the course, RBK intends to employ some graduates in a web development company it plans to launch called Studio RBK, which Bosely said will be an attractive offshoring opportunity for tech companies in Silicon Valley.

Other candidates will be linked to jobs with Silicon Valley companies that have partnered with the initiative.

“We’ve had pledges to hire every programmer we can produce,” Bosely said. “That’s how much demand there is for it.”

Although government restrictions in Jordan prevent most Syrians from legally working, Bosely said many already are - albeit in low-skilled industries. He also said there are legal gray areas that could allow Syrians to fill positions in the local tech field.

“There’s a good number of refugees already working in tech,” he added.

The inspiration for RBK originated roughly a year ago while Bosely was working with UNHCR in Zataari helping run refugee athletic programs.

“As I was leaving the camp one day, I realized that I did not recall seeing any computers in the camp,” Bosely said.

He asked a camp representative if there were any computer resources available in Zataari.

“She didn’t know of any,” he said. “Being from Silicon Valley, knowing there was this new kind of bootcamp technology, lights just started going off.”

Bosely made an informal proposal to UNHCR about deploying a code bootcamp for refugees and along with a cofounder, Alaa Kahel, began building a network of partnerships to jumpstart the project. 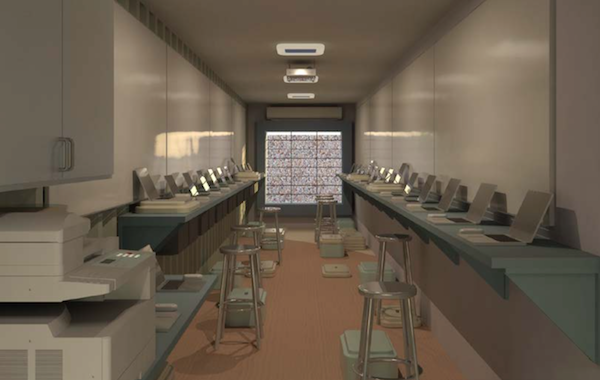 A digital representation of the ZatLAB's interior.

One way RBK found backing was by turning to companies in Silicon Valley.

“That was an easy sell,” Bosely said. “Silicon Valley stepped up to the plate and threw their whole weight behind us.”

Partnerships in Jordan have been equally important, providing RBK with crucial insight and resources needed to implement bootcamp-style education into a new setting.

Once the program formally launches, RBK looks to ease the implementation process by initially targeting candidates who already have a background in computer science.

“At first we’re going to be skimming the cream, the one’s that are really close,” Bosely said.

Putting learning in the hands  of the students

The first bootcamp will cover the advanced programming language Javascript, which Bosely said is a highly sought skill by local tech companies. Early participants also need a basic understanding of English to participate—although the soft-skills portion of the course will be in Arabic.

In the future the program will open up to include less-experienced candidates and will expand to offer more basic computer literacy course.

Prior to entering the bootcamp, RBK will host introductory courses and training to prepare refugees for its radically different learning atmosphere.

“This is a very bottom-up, hands-on approach to learning,” Bosely said. “It’s sort of the exact opposite of how they’re used to learning here.”

It won’t feature a traditional teacher-pupil dynamic, instead utilizing a peer-programming style of learning. In place of teachers, seven individuals known as “facilitators” will oversee the bootcamp, each one trained to help participants in a unique way.

“Some are trained just to identify stress, others are trained to remediate stress,” Bosely said.

Each participant is assigned a mentor as well, who they will meet with for 30-minutes each week.

RBK’s bootcamps will also be diverse, with 60 percent of seats reserved for female participants.

Bosely is aware that introducing a program perfected in North America is not guaranteed to go smoothly in northern Jordan.

“We expect there’s going to be tweaks, minor pivots here and there,” he said, adding that it’s impossible to identify certain issues until the program is underway, at which point they will adapt.

The plan is to establish several ZatLABs in Jordan, and later expand to serve densely populated, stable refugee communities in places like Lebanon, Turkey and beyond.

As time moves on it projects to keep churning out a steady stream of at-risk youth in need of a program like RBK, giving Bosely and company plenty of time to build their network and refine their curriculum.

But crucially, where some only see death, destruction, and radicalism, RBK is choosing to see the fallout from the conflict as an opportunity to create positive change, and work towards a future that doesn’t repeat itself.

“We look out across the refugee landscape, and we don’t see despair, we don’t see tragedy,” Bosely said. “Sure that stuff is there, but what jumps out at us is just the resiliency of the human spirit, the vast amounts of intellectual potential that are screaming to be tapped.”