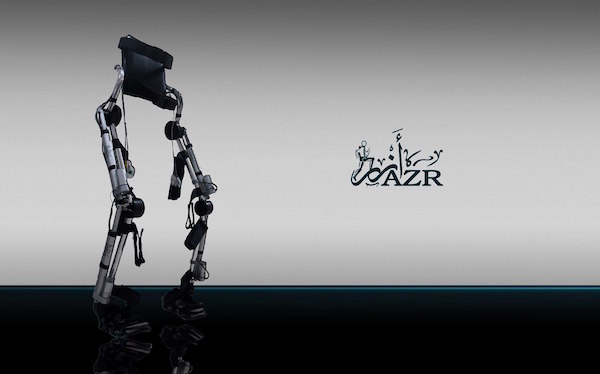 AZR’s exoskeleton prototype is being tested in the lab. (Images via AZR Team)

Three Birzeit University students in the West Bank have built a device that allows people with physical disabilities to leave their wheelchairs.

The project, dubbed AZR, is a humanoid exoskeleton that allows people who are unable to carry their own weight to walk, climb stairs, and otherwise move around in ways they couldn’t previously. It was developed by electrical engineering students Samer Mukheimer and Mustafa Abu Safia, and mechatronics’ student Mahmoud Barham.

There are many potential users for AZR. According to the Palestinian Central Bureau of Statistics, about 113,000 individuals suffer from at least one disability in Palestine, with the number rising in the recent years because of the wars on the Gaza Strip and the current upheaval in the West Bank.

Due to a lack of infrastructure and limited support for the disabled, issues related to reduced mobility are most common. Some 9 percent of disabled individuals avoid involvement in activities due to public attitudes, and 76 percent do not use public transportation due to an absence of adaptations for the disabled. 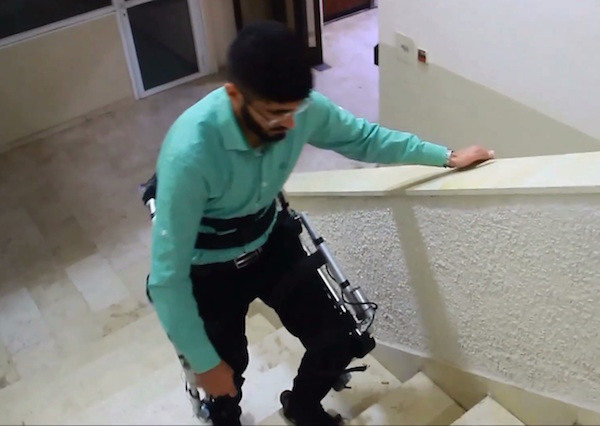 AZR could help the wheelchair-bound go places they couldn't before.

Mukheimer said it took the team significant time and effort to develop the prototype.

“We initially wanted to do a full robot that helps people with total disability in their limbs,” he said. “We had a limited budget, and needed various tools and equipment that were not readily available.” 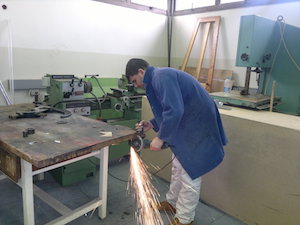 Fortunately, the university supported the project financially, and the students managed to secure much needed tools, like long-lasting lithium-ion batteries, sensors, and motors - all of which needed to be imported.

As it was a graduation project, the team had just four months to complete the blueprints and another four months to build the prototype. At the end of this period they managed to finish a testing-ready prototype that is currently being testing at University labs.

“The project is aimed to lessen the dependency on the wheelchair and empower people with disabilities to have more normal lives,” said project supervisor and electrical engineering professor Ali Abdo.

Actions are controlled by multiple sensors. Some sensors detect knee position, knee angle, and weight on foot. Other sensors measure and analyze muscle contractions. The goal is to coordinate users’ movements, and help them accomplish complex movements, like climbing and descending stairs.

“People benefiting from the prototype need to have the ability to move their muscles to operate the device, like elderly people who cannot get their body to hold their own weight,” Abdo said. 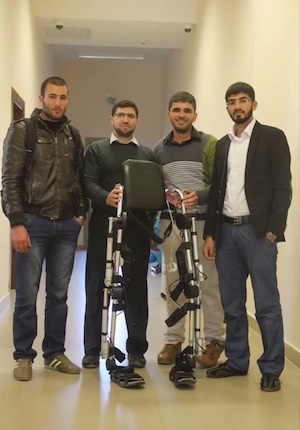 Test results are promising. But, as each user has a different abilities and disabilities, muscle impulses and movement signals, the device needs to be calibrated for every individual who wishes to use the device.

The AZR is not the only project to be developed at Birzeit University, whose Center of Excellence and separate Unit of Learning Innovation are dedicated to innovation.

The trio behind AZR (pictured left with Abdo) are about to graduate, and are thinking of developing  their project into a market-ready product, a process that will require further investment.

Meanwhile, the AZR has appeared on various local news outlets already, and many people around the world have reached out to the team for advice and to test the prototype.