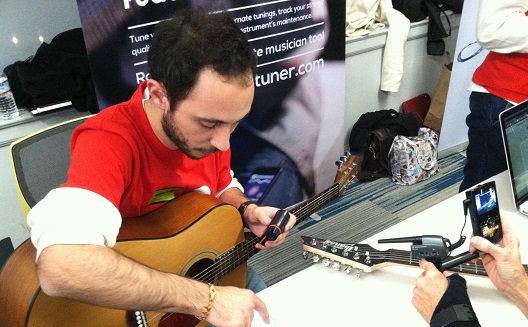 Despite the launch of several hackerspaces in the region, the concept still hasn’t proven itself entirely.

One of these hackerspaces, Lamba Labs opened at the end of 2011 in Lebanon. It then closed in the summer of 2013.

He’s not alone. Taher Alblowe, from Geeks Valley, was forced to move his model to a virtual hackerspace after he couldn’t find an investor who understood his concept and help him open a physical space.

Fast forward a few years and Jalgha is now focusing on Roadie Tuner. In a chat with Wamda, the cofounder took us back to when he and seven others launched Lamba Labs, how the core concept shifted to lose its identity and how internal politics started affecting the flow of work.

Cultivate openness. The concept of sharing knowledge and tools under one roof is what makes a hackerspace. The four founding members shared a love of technology but there wasn’t a community in Lebanon. Anyone working on a project was working alone. They could be creative but if they didn’t share their work with others, it’s like they didn’t do anything. It’s much more powerful if there is a community that encourages collaboration. This was certainly the purpose of Lamba Labs.

Consider funding. Running a hackerspace is costly. Not only you have to pay rent, but also buy tools and keep them well-maintained, pay for electricity, water, and other expenses. When Lamba Labs started, the plan was to set a membership fee to cover the high rent cost. But since the number of registered members wasn’t high enough, around 150, we started organizing two workshops every week. Those workshops were donation-based because the team wanted to promote open-source and open-access to information to everyone.

Don’t wait for help. You can be, and will have to be, self-sufficient. Without proper funding or a clear business model, a team, like ours, will have to split costs in order to fill the space with all the needed tools. Since they couldn’t rely on non-governmental organizations (NGOs) to get tools, each brought their own tool from home.

Don’t stray too far from your core concept. Lamba Labs struggled to maintain a unique vision. The main mission, which was to encourage collaboration between the tech community members, diverted when they opened their workshops to everyone. In every workshop, they used to motivate other attendees to give workshops in topics they knew about. A reason why many workshops became irrelevant, such as cooking and clay-making workshops. 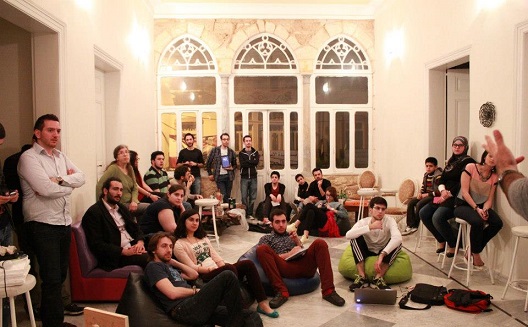 Entrepreneurs pitching their startups at the Show and Tell event hosted by Lamba Labs. (Image via Lamba Labs)

Don’t get too involved. The board members stayed very involved in the space. Even when they wanted to elect new board members, they ended up choosing the same people. It was super draining and very exhausting. Everyday we were present at the space, managing it, cleaning it, while each one had their own life and work.

Commit for the long term. This cannot, sadly, be a part time hobby. Despite being heavily involved in every detail of running a hackerspace, we were not able to commit to the project for a long period of time. I and another partner had to travel to China for a year to join the hardware accelerator HAXLR8R and since we did not set up a proper handover system, the other people couldn’t run it by themselves or even hire someone who could do it.

We never wanted to shut down the hackerspace, but things sort of slipped out.

Do it for the money. It should be somebody’s full time job [to run a hackerspace] and get paid for it. For us, it was auxiliary. When you start cleaning after workshops, you ask ‘yourself why am I doing this?’.

Be informed. As with any kind of organisation or business you need experience and information. The problem with Lamba Labs was the lack of experience. A hackerspace needs dedication, knowledge about which business models work and which don’t, and most of all delegation. Despite believing so much in the initiative, we were unable to plan ahead and set a good handover strategy, or hire someone who is fully dedicated to the space or even checking other hackerspace models to see what worked and what failed.