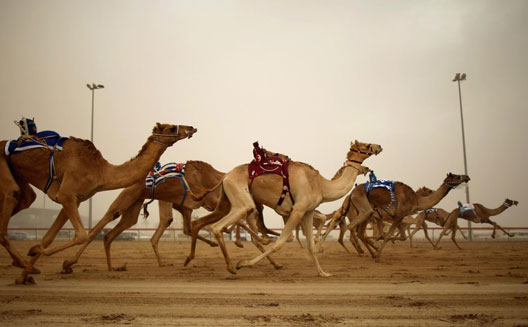 It’s “FitBit for camels”, a device that will optimize a hitherto overlooked sport, at least according to its inventor Saeed Al Nofali (below).

Al Nofali’s startup, Al Jaith, was a response to the industry’s shift from to robot jockeys that began around 2002 after Sheikh Hamdan bin Zayed Al Nahyan announced a ban on child riders, as he saw potential for the industry to modernize further and adopt the kind of data collection and analysis that elite sportspeople use. 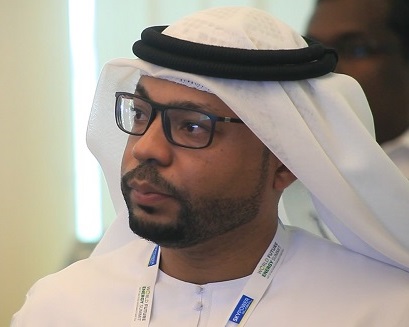 The product he’s designing measures speed, heart rate, “duration time”, distance and location data via a device on the camel, and a data analytics program which translates that into digestible information.

Al Nofali, who comes from the UAE’s camel racing center of Al Wathaba, grew up watching the sport. The name ‘Al Jaith’ came from a species of camel once favored by warriors.

“I came from an area where the whole camel racing ecosystem evolved,” he told Wamda.

Camel owners have increasingly begun taking advantage of technology, after the industry in the Gulf began moving away from the use of child jockeys - boys around the age of four.

The UAE was the first state, in 2005, to require all jockeys to be 18-years or older. Today, they’re an aluminum frame with a remote-controlled plastic whip attached, and topped with sponge head with a peaked cap to give the illusion of a jockey - so as not to spook the beast.

However, in 2010 businessman Hamdan bin Ghanem spent $6.5 million on three camels, and in 2015 the prize money at the Final Annual Camel Races Festival in Al Wathaba touched $22 million.

The stakes, therefore, are high.

With camel racing becoming an increasingly elite sport, owners and trainers are looking for an edge: Al Nofali said his friends in the industry were originally skeptical, thinking he was trying to invent a better robot camel jockey rather than creating analytics around the biochemistry of the animal itself.

But now “everyone” wants to be involved in the beta testing as Al Jaith finishes its second prototype and seeks funding for the final product.

“They really want this device, they’re really pushing for it,” Al Nofali said. “Now we working to develop an improved product to provide [to] our early adopters.

The device is still in prototype, with a minimum viable product still in development. Al Nofali said he was working with “a few” design companies to build the final design. Once that is functioning Al Jaith will start on a second field trial with those early adopters, and then - if it works as expected - Al Nofali will move towards commercialization, although the date for that is yet to be confirmed.

Furthermore, Al Jaith  is already attracting attention from industries associated with camel racing and others, including dog racing and falconry.

The startup has been approached by a camel feed business, which wants access to Al Nofali’s data to improve their own product, and a company that provides analytics research on horseracing. Al Nofali also said it could be applicable for dog racing in the Gulf, where Arabian salukis are the favored breed, provided he can reduce the size of the device that is attached to the animal.