The funding crunch for Egypt’s startups is no secret. As seen at a recent Mix N’ Mentor in Cairo, it can in fact push inexperienced entrepreneurs into risky positions, such as believing that they must give away equity just to hire talent.

Crowdfunding, on the other hand, provides market testing, exposure, an intensive period of practical business experience, and cash, if a project goes well, all without selling equity before a company is ready.

This is one reason why two startups in Injaz’s 2015 Startup Egypt competition, EpicVr and Etba3ly 3D, have chosen to crowdfund their way towards launch. 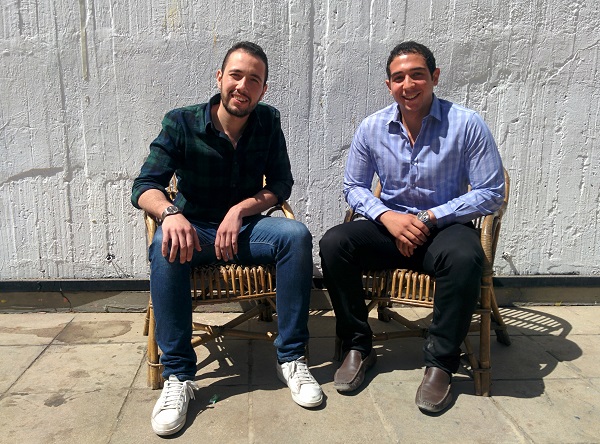 EpicVr cofounder Ahmed Atif Saleh had applied to the Injaz competition partly because it provided training and seed funding without demanding equity, unlike other private incubators.

Learning from the crowd

This is the first time Injaz has incorporated a crowdfunding aspect to their competition, although it’s not compulsory for all competitors to undertake.

“The impact has been phenomenal,” Injaz projects manager Sherine Abdel-Salam told Wamda. “The campaign has allowed the startups to think more in-depth about their target markets and their customer’s needs.”

The competition itself runs from October 2015, when applications were initially accepted, until April 17. Abdel-Salam said 522 teams applied and 100 accepted. The final seven to ten winning teams would receive between $5,630 and $13,500 in seed funding and a six-month incubation period with Injaz, including office space, mentoring and professional services.

There are 30 startups in this phase of the competition and 13 chose to crowdfund, a group that includes Internet of Things startup PhoneKey, interior design-focused virtual reality company RoomBox, tyre recycler ReTyres and etiquette trainer EAM.

The crowdfunding campaigns, which run from February 21 to March 31, are being hosted by Tennra, an Egyptian startup that was one of the competition winners last year. 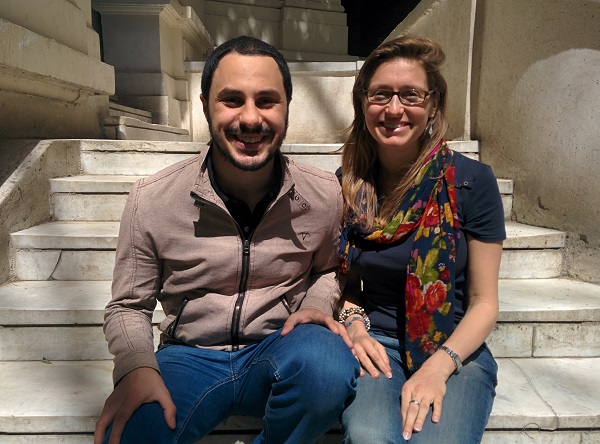 “We went to [Injaz soon after launching] and said we want to be partners with you and they said well, we’d love to but we think you’d be good for the competition as well,” Tennra cofounder Emily Renny said.

Tennra differentiates itself from Lebanese crowdfunder Zoomal and international sites Kickstarter, GoFundMe or Indiegogo by using games to help educate Egyptians who aren’t used to the crowdfunding concept, as well as a ploy to boost financial pledges. In traditional Kickstarter fashion, projects are only funded if they hit their financial target. Tennra takes a small percentage of the total as revenue.

Renny and Mohamed Ezz ElDin launched the site in February last year, and said that the 13 Injaz startups were the largest number of projects they had hosted on the site to date – creating some a challenges for their backend software.

Crowdfunding gives startups a chance to publicly validate their product with their target market, an important factor particularly for those selling products potential buyers are not familiar with.

For example, while EpicVr’s virtual reality arcade games were easy to understand, Etba3ly 3D’s offer of cheaper 3D printing services was not. As a result, the latter’s campaign struggled as cofounders Ahmed Mohsen and Alhossary took on the dual role of introducing Egyptians to a largely new concept.

Etba3ly 3D means ‘print for me’ in Arabic. Alhossary said their prospective clients didn’t know what to have printed so they offered 3D printed products, such as phone cases, as the ‘reward’ in their campaign rather than the service itself. Many users also didn’t understand that their money is only pledged – not paid – until the project is fully funded and after the campaign period has ended.

The idea for Etba3ly 3D came when Mohsen was studying for a Masters degree in computational design in Germany and realized how expensive 3D printing services were compared to the price of a machine.

In Egypt prices range from EGP 5 per gram (US $0.56) of material, usually a kind of plastic depending on the machine, for those trained in how to operate 3D printers, to EGP 30 per gram (US $3.38) for a printing service. Mohsen and Alhossary plan to charge from EGP 10 per gram (US$1.13).

Etba3ly 3D has one printer in Egypt and two in Germany, currently stuck as the startup works through the huge amount of paperwork required to import 3D printers. Their new funds through the platform will help pay for that paperwork, and more printers.

EpicVr on the other hand has prototypes for two full motion virtual reality games, Zombies (above) and Evil Bears, and has designed a ‘tracking engine’ using optical sensors to allow players to be aware of their position in a 25 square meter space.

Saleh said mixed reality would be their edge, when software can recognise physical objects in a space and incorporate them into the game.

Virtual reality gaming itself is very new in Egypt. EpicVr’s customers are businesses, such as malls, that want to start or integrate a large virtual reality gaming area into their service. Alkottab is doing this on a smaller scale already with booths inside a Cairo mall, while EscapeHD is targeting individual consumers with cheap, personal headsets.

The Tennra campaign will allow EpicVr to buy more hardware to launch its arcade games business, but also attracted a partner, Egyptian game studio 5D, to help with distribution.