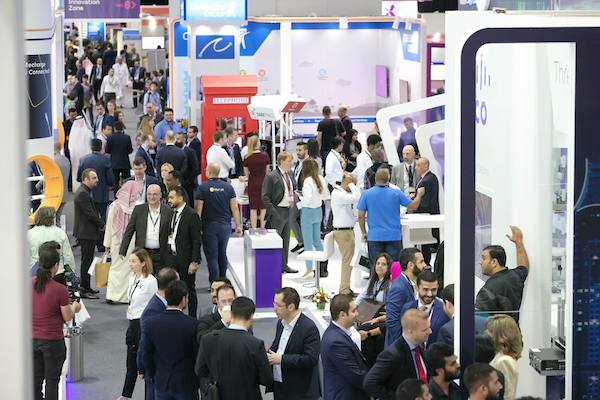 The latest buzzwords in technology - big data, Internet of Things (IoT), mobility and information security - all found a sprawling home at the first Future Technology Week (FTW) on March 29-31.

From smart homes to smart glasses for the blind, from memory recording wearables to smart city solutions, the FTW display at Dubai World Trade Centre (DWTC) felt like a science fiction movie playing into reality.

With an overwhelming and, at times, overlapping agenda, the 10,000 attendees had to pick from a variety of sessions that included lectures, workshops and market labs.

At the Innovation Zone, ‘The Hive Start Up Showdown’ for 50,000 Emirate dirhams in prize money took place on the first day followed by ‘Capture The Flag’, a cyber security competition on the second and a hackathon on the last.

IoT dominated the first two days of FTW. GE set up a booth with its latest game changing offerings, along with a panel Marwan Al-Roub, executive director at GE Innovation Centre later gave a talk on “Power and Water: Smart City Solutions & [The] Return of Experience”. Rabi Dabbousi, managing director and general manager at Cisco UAE, stressed that the IoT option was not a new addition to industry conversation. Rather, it has been ushering the “fourth industrial revolution” for years. 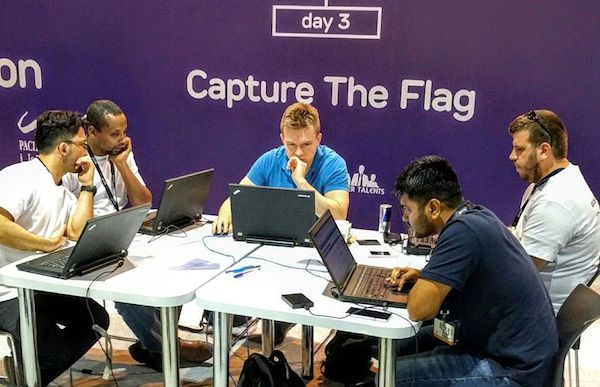 Capture the flag competition on day 3 at the innovation zone.

“We have barely scratched the surface of the amount of things we have been able to do and the  limitless possibilities ahead of us,” Dabbousi explained. “Less than half of the world population is actually connected. We have been able to achieve what we have achieved in a very short period of time with limited amount of people connected to the Internet. That’s a huge opportunity.”

Tapping into the limitless possibilities were the discussions around smart city solutions.

Jamie Cudden, Smart Cities Program director at the Dublin City Council, gave an overview  of Dublin’s transition to becoming a smart city. The similarities between the Irish capital and Dubai were hard to miss. Cudden pointed out how just like Dubai is for the MENA region, Dublin is a hub for many social media and tech companies attempting to reach the rest of the region, and beyond.

“These employees [of the tech companies] demand a smart city, and really this is one of the drivers of why our city needed to be smart,” he said. “IoT is at the peak of inflated expectations. It’s not about the number of sensors [in the city], it’s about what you do with them, how you drive change with that technology…it requires a break down of silos between the different agencies and requires new business models. IoT is a very complex ecosystem. It’s about setting the agenda and what we want to learn from these conversations.” 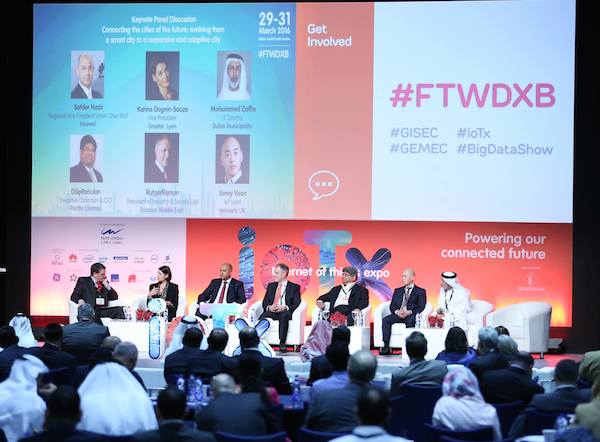 The IoTx panel on connecting the cities of the future.

“If IoT should do one and one thing only, it should make the life of people a lot easier,” added Saif Salem Bamadhaf, CTO of Higher Colleges of Technology.

According to Matthew Wallhead, DWTC’s director of business development of exhibitions and events management, “healthcare, education, energy and utilities, transport and smart cities are viewed as the core industries driving IoT growth”.  A large healthcare presence was evident at multiple sessions.

In fact, Dubai based Mosaikx won Hive’s startup competition for its memory recording device  was originally designed for those with memory loss issues.

Wearable tech that can detect epileptic symptoms, Empatica, too made an appearance, as did BodyO- the brainchild of the UAE national football team’s fitness coach, Patrice Coutard. BodyO is a platform for connected wellness devices, using data to improve the fitness levels of humans.

What is being gathered is largely unstructured he said. Coming in images, sentiment and sound, “big data allows us to look at the whole world as a laboratory, so we can actually put an equation next to your behavior,” he said.

More data has been created in the past two years than in the entire history of the human race.

Global spend on IoT is expected to $2 trillion by 2020 with the number of connected devices to hit 100 billion by 2025, according to Huawei Technologies.

Security, therefore, demanded its own panels and discussions at FTW.

At the GiSEC forum, FTW hosted a live hacking session with Tudor Enache, specialist at aeCert.

Though it didn’t work on the day of the show, Enache demonstrated how a smart plug could easily become an evil plug, hacking into devices connected to the same network. Logging into the ever convenient free wifi, could actually put individual at risk, Enache said.

It is Harshul Joshi's duty to manage those risks. As senior vice president of cyber governance of risk and compliance at Dark Matter, he knows.

Bugambe used data science to decipher the unavoidable popularity of IoT, Big Data, Mobility and Security in the industry.

“One of the top reasons why people are paying attention to this is the fear of disruption,” he said. “A lot of large organizations are trying to avoid the Netflix effect. They don't want a new small start up getting better access to the information to disrupt, their long archaic industries. Companies are putting money where their mouth is…every single industry is jumping into this space."