When Cura cofounder Abdullah Alswaha wanted to see a specialist about an ear infection, he found out first hand how difficult it was to book a doctor’s appointment, especially for simple complaints that don’t require lengthy examinations.

He wanted to address the situation, do after consulting with his friends and now cofounders Wael Kableh and Mohammad Zekrallah they founded Cura in 2015.

Cura offers Saudi patients ‘e-medical’ services through a smartphone app that allows users to choose from a list of licensed and registered doctors. 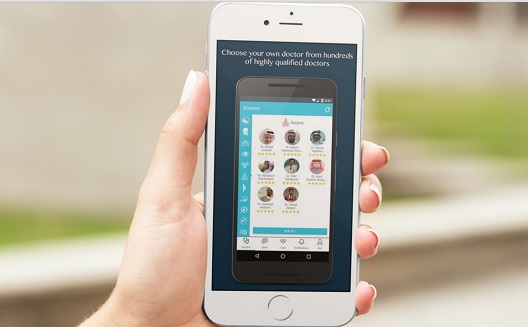 The app is a directory and messaging network, allowing Saudi users to do remote consultations with participating doctors. (Image via Cura)

The consultation is entirely online: users communicate with their doctor via text, voice notes, video, and by sending images of their medical files and tests through a messaging system similar to Whatsapp. Doctors can also set up an appointment with the patient to visit them through the platform.

Thus far, the company has solely been funded by Alswaha and the team continues to bootstrap. Cura is so far the only product of Ubeiva, the holding company the founders created to invest in tech products and solutions.

“Studies show that 70 percent of patients who go to outpatient clients don’t really need a doctor to examine them,” Kableh said. And despite the fact that none of the three cofounders have experience in the healthcare sector, Kableh believed the concept of mobile medical access, upon which the startup is built, had the potential to succeed.

“The healthcare industry needs people who come from different backgrounds to solve problems that the user (patient) faces,” Kableh said. “We represent the point of view of the client and the user.”

Just one in a big pool

Cura is not the only app that offers this type of online service to users. Competitors in the Arab world, which allow users to book doctor appointments and consultations online, aren’t rare.

In the UAE there is Altibbi and Doctoruna, Egypt has Vezeeta, Infomed and Tele-Med International, in Qatar there’s Meddy, and even Gaza has Tebcare.

Cura’s founder say the startup differentiates itself by offering more advanced instant communication features between patients and doctors, and a directory of different medical specialties.

A report by the Wamda Research Lab (WRL), released at the end of May, said the digital health opportunity was vast due to “massive” increases in healthcare spending in MENA and a rapidly aging population. Further, it found that while Egypt had the highest proportion of healthtech startups in the survey sample at 35 percent, Saudi had the least with 5 percent. 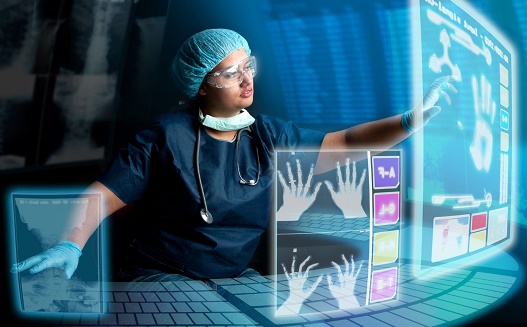 Cura is part of a wider ecosystem of startups that are seeking to capitalise on the digital health trend. (Image via Connecting Africa)

The WRL report said the main difficulties for health-tech startups are a lack of capital, talent, prototyping resources and clear regulations, challenges in forming partnerships, and low consumer buy-in.

In terms of operational challenges, the digital medicine industry more generally brings with it a lot of questions around data security and privacy, as confidential personal information is sent over remote networks.

And there remains the question of reliability of a service that doesn’t involve an in-person medical examination.

“We deal with the patient's’ data with complete privacy and secrecy,” Zekrallah said, by using Amazon’s encrypted cloud service to store its data and files. The startup is also now working on making its app meet the standards of the Health Insurance Portability and Accountability Act of 1996 (HIPAA).

Cura currently has 80 doctors registered to the platform and 5,000 users who can access them through the app. The team continues to add to its collective of doctors by meeting with them in person and contacting hospitals about recruiting doctors with hard-to-find specialties.

One main challenge for the team is many doctors’ lack of experience with technology, as well as the reluctance of some to offer online consultations to new people as many are content with the number of patients they already have.While the company hasn’t monetized its product yet, Cura’s business model will be subscription-based where members receive access to an unlimited number of consultations with doctors. Cura plans to incentivize doctors by giving them an undisclosed percentage of revenues.

Cura is currently focused on the Saudi market, where they are based, they plan to expand regionally to the GCC and Egypt in the next three years. They also plan to expand to a wider range of medical services that cover all aspects of the Saudi healthcare industry by partnering with pharmacies and medical labs to digitize their services.