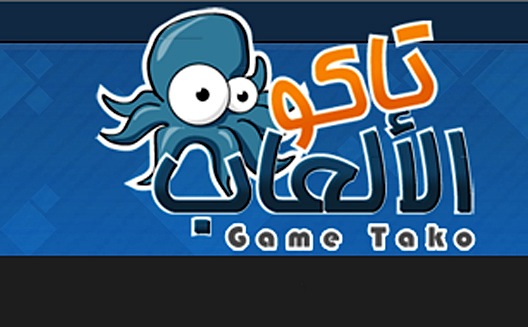 Gaming may be the hottest sector in Arab World e-commerce and a $2.6 billion market in the Middle East and North Africa, but one Saudi gaming platform is working to ensure that gaming stays homegrown. GameTako, which only launched this summer, is well-positioned to emerge as a central player in Arabic gaming in 2012, with forward-thinking policies designed to train developers while monetizing their products.

After its launch in August and steady climb to 3000 registered users by December, the platform burst onto the scene two weeks ago by hosting a “Game Zanga” game development weekend in Amman, in partnership with twofour54 Gaming Academy and Unity Technologies, and in conjunction with a famous game jam called Ludum Dare.

The Zanga, meaning "tiny street" or "tough situation" in Arabic, not to be confused with Zynga, brought 100 developers together from all over the region, with 27 in Amman and several more participating remotely, for an intensive development weekend focused on addressing social issues in the region. Over the 48 hours, developers created and published 15 games that highlighted social issues ranging from marriage issues to job hunting, fighting cancer, and transforming social thought in the Arab World. GameTako will release the names of the winners in January.

The competition marks a big debut for the platform, which will have close to a million pageviews by the end of 2011, says founder Abdullah Hamed, who spoke to us in October at g|Jordan about creating the platform.

It’s also timely, as Zynga’s recent $10 billion IPO has further validated the global gaming market and illustrated the power of building simple games for Facebook. And yet, Zynga’s success also drives home the fact that, as Hamed says, it’s simply hard for many independent gamers to compete with Zynga and drive traffic to their games on Facebook.

GameTako was built to address this problem in the Arab World, he illustrates. “We looked at the market and saw that there was a big gap because there wasn’t a way for independent gamers to easily monetize their games. There was no go-to place to release a title. Facebook is filled with a lot of high-quality products right now, such as those from Peak Games, and such, but for someone who's an indie developer, it's impossible for them to put a game out there and actually get traffic.”

GameTako focuses on filling this gap, especially for Arabic content. Thus far, it sees heavy traffic from Morocco and Algeria, and traction across the region. “Perhaps Arab nationalism is taking root in gaming,” said Hamed. “There’s a great hunger for Arabic content.”

Yet GameTako is not stopping there. It’s also working to train others in content development as well. For Hamed, GameTako’s fledgling success is about much more than gaining a steady audience; it’s also a way to bring gamers back to the game.

For instance, last Eid, GameTako created Kharoofi Kharoofi, a game about a sheep going to slaughter, and 10,000 people played the game on the first day, says Hamed. Yet he points out that he and his “rockstar” co-creators Ammar al Sharekh and Ahmad Taher developed the game in only two weeks, in their spare time. That wasn’t an accident, but rather a push to demonstrate a replicable model. “We want to demonstrate to gamers that it’s easy to create games quickly and gain players by releasing it at the right time.”

This attitude makes GameTako much more than a simple distribution platform; it’s out to transform the sector by increasing opportunities and changing mindsets.

To start, GameTako is hosting workshops, as it did in Riyadh this September, and is expanding its GameTako Ambassador Program, which encourages gamers in college to create game development clubs. GameTako provides students with knowledge and materials, and is working to get them class credit for completing its tutorials.

With the buzz surrounding gaming lately, one wouldn’t think it would be hard to encourage developers to build games, yet stigmas remain, says Hamed. “It’s tough to find Saudi game developers, although you’ll find a lot of hobbyists.” This lack of commitment stems from a perception that the field is unduly difficult, he says.

“A lot of would-be gamers are very ambitious, and try to jump into the deep end of the pool, instead of trying smaller technologies and simpler methods of creating games. Once they start to realize how tough it is, they get easily discouraged. But you can build a small flash game in two days. Our goal is to demonstrate how easy it is to get into this field.”

So far, it’s working. “People have been thinking that games are for kids. But now that they see the numbers, a lot of developers are starting to come back to gaming,” Hamed asserts. And with more events like the Game Zanga, it will be good to see gamers coming back to gaming not just to make a fast buck but potentially also to create the next breakthrough game that will captivate the region with its social focus.