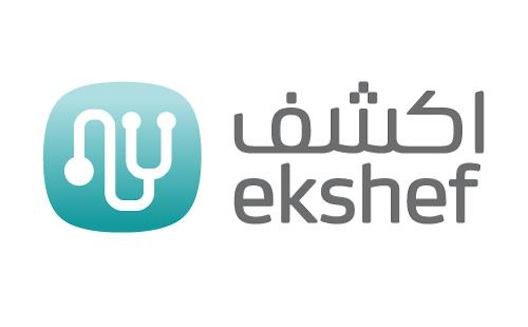 In the heart of Cairo stands Ramsis Building, an imposing office-block whose four faces are covered in a jumble of signs for the dozens of private medical practices it houses.  This jumble of signs gives a glimpse into the proliferation of private practice in Egypt, and the confusion that generally ensues when finding a new doctor.  Ekshef, a Cairo-based start-up funded by Flat6Labs, plans to ease the confusion.

Mostafa Nageeb, Ekshef’s CEO and co-founder, explains how he became inspired: “In early 2011, my father asked me to find and book him an appointment with a new doctor, handing me a set of criteria and a directory of doctors his union had given him,” says Nageeb.  It took one and a half hours of phone calls to book the appointment.  I thought there must be an easier way, but I couldn’t find one.”  Nageeb’s experience was in fact easier than most, as he used a directory, which is not available to the Egyptian public.

Realizing there was a gap in the market for a doctor booking service, Mostafa asked his friend and fellow undergrad Mohammad Hindawi to join him in researching the idea further.  Fresh from winning the Egyptian leg of the 2011 Microsoft Imagine Cup, both had already decided to launch a start-up after graduating from Cairo University, so they set about literally knocking on doctors’ doors to ask their opinions.  This exercise was haphazard but valuable, as it confirmed doctors’ appetite for the service.

The founding team expanded to include colleagues Noran Raouf, Ahmad Abd-Elhay, and Amr Sameer, and a structured research phase began. This culminated in Mostafa asking Sawari Ventures’ Ahmed Alfi, who he met at the ArabNet 2011 road-show in Cairo, for advice.  The meeting’s timing that Thursday couldn’t have been better, it turns out; Flat6Labs, an accelerator backed by Sawari Ventures, was beginning its first cycle that Sunday. Alfi suggested to the Flat6Labs CEO Ramez Mohamed that Ekshef join the first cycle, and they seized the opportunity.

Now, three months later, Ekshef, which loosely means “unveil” in Arabic, has graduated from Flat6Labs and is now preparing for private beta release in mid February 2011. The public beta release is scheduled to go live in June.

The initial service will comprise a web application, including a site optimized for mobiles with limited browsing capabilities, as basic Nokia phones dominate the market in Egypt.  The mobile site is also designed to let doctors to easily browse their appointments. By creating this function and allowing doctors to register for free, the Ekshef team have removed what could have been a large barrier to doctor participation. Patients will be able to search the directory by a doctor’s name, specialty, price, location, insurance and availability, all for free, but must register to book an appointment. Thus far the team is finalizing 50 hand-picked doctors that will be included in the private beta release, which will allow patients to register by invitation.

Ekshef is a rarity in that it has no direct competition in Egypt, save for a few limited online directories, and it will hold more data about a doctor than even those do.  Doctors can flag no-shows, with the system automatically suspending a patient’s account after a set number of no-shows.  A multi-faceted rating system will allow patients to give feedback about doctors, although this isn’t available in the private beta.

Ekshef plans to make money by charging doctors a monthly fee for booking functionality, so adoption by the medical community is key for the platform’s viability. They plan on securing critical mass using online social networks, medical societies, and insurance companies.  Future plans include providing practice management functionality, expanding the directory to add other health professionals, and using Ekshef’s platform as the basis of a booking service for other industries like law or accountancy.

“We’ve changed the business plan many times since we started, taking on the advice and lessons given to us by Flat6,” explains Nageeb, “and I’m sure things will change again in the future as we respond to user input. Now we’re focusing on trials, learning and proving the concept.”

Ekshef’s service isn’t rocket science, the best ideas usually aren’t. Yet the size of market and first-mover advantage means huge profits are possible if, and when, enough doctors adopt the system.  The team is in talks with investors for a second round of funding. Add this to their ability to learn and pivot, and they have a decent shot at success.