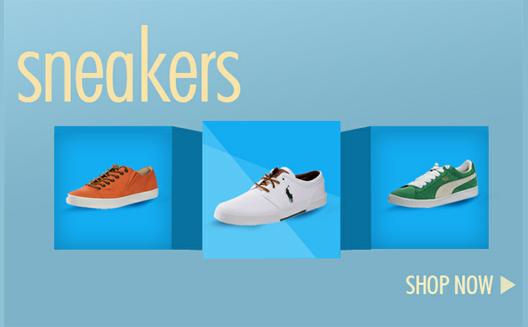 With the launch of Zappos clone Namshi two months ago and now Amazon clone Mizado, Rocket Internet has officially entered the Middle East. The so-called clone factory, run by Germany's Samwer brothers, has also opened offices in Dubai to headquarter its MENA conquest.

For those who aren't familiar with Marc, Oliver, and Alexander Samwer or Rocket Internet, they are a trio of entrepreneurs known for taking e-commerce models that have proved successful in the U.S., and cloning them globally.

They got their start in 1999, when they founded a German clone of eBay, Alando, and sold it to eBay for US $54 million 100 days later. In 2004, they sold clone Jamba to Verisign for $273 million, and in 2007, launched Rocket Internet. In 2010, they created a wildly successful European Groupon clone, CityDeals, that Groupon bought for 14 percent of its shares; their stake is now worth $1 billion.

Under Rocket Internet, the Samwers have cloned YouTube, Xing, Groupon, Offerpal, Birchbox, Pinterest, Airbnb, Bill Me Later, Zappos, Zynga, Fab, eHarmony, Wrapp, Etsy, ZocDoc, Club Penguin, and Vistaprint and now Square. In the next few years, the startup factory plans to build 20 eCommerce companies each in 40 countries, a total of 800 companies. If they can pull it off, and add to their stream of exits (13 total since their start), it will make the Samwers some of the richest individuals on the planet (a 1% stake in Facebook doesn't hurt either).

How far along are they? This April, GigaOm counted 38 companies in 58 countries, excluding Namshi and Mizado, which bring the total to at least 40. The company is worth at least $1 billion, and according to its founders, has created 20,000 jobs. Only five of these startups have failed.

Meanwhile, the originators of the concepts- the Amazons, the eBays, and the Groupons- can't expand globally at that pace or don't find it as profitable as expanding domestically. Rocket stays ahead of the curve by arriving more quickly and tackling new markets with an army of graduates from top-tier MBA programs and consultancies (they love McKinsey) with the promise of getting in on the next big success.

Cloning itself isn't a bad thing; putting a local twist on a tested model can be a powerful way to create a successful business in a new market, and many up-and-coming e-commerce companies in the region have used models pioneered at Amazon, eBay, Groupon, Gilt Groupe, and Net-a-Porter to create online presences for offline businesses and fill crucial gaps in local markets.

So why exactly are the Samwers so despised?

1) Their demanding approach to their employees. While no one should apologize for focusing on profit, the Samwer's Machiavellian aura (revealed in emails referencing signatures in blood, "blitzkrieg", and the need to be "German detail oriented") can be offputting when not comical. Their slavedriver approach has built resentment in some, leading core members to leave and launch a rival.

2) Their focus on imitation over innovation. The trio admit that they are not innovators, explaining to Wired that "we are builders of companies, we are not innovators. Someone else is the architect and we are the builders." In the same article, Loic LeMeur cautions that Rocket Internet is "making a lot of money for the Samwers, but it's killing innovation in Europe. It's telling young entrepreneurs that the ideal way to make money is by copying something that works in the US, then selling it back to the original."

3) Their ruthlessness. The Samwers have been accused of cutting co-investors out of deals, attempting to take inventory from the sites they are cloning, and promoting false products, in the name of success.

It's not a culture that many want to see proliferate.

But. There are a few reasons that Namshi and Mizado are not necessarily a bad thing for the Middle East.

1) They will help to educate the market about e-commerce.

In a chat with Wamda in the Aramex/Arabnet booth at Arabnet last month, Namshi co-founder Muhammed Mekki told us a bit about the ways in which the company, which sells shoes, clothing, accessories, and beauty products, is helping to spread the concept of e-commerce among traditional retail customers.

Perhaps to charm us (it worked), he told a story about an old woman in Ras Al Khaimeh who called up customer service at Namshi to inquire where their stores were located, as she wanted to buy a certain product. Once they explained that they were only an online store, and described how she could purchase goods on the site, they weren't sure whether she would take to the idea.Yet a month later, they discovered that she was a consistent top buyer.

Adjusting buyers to the concept of online retail will continue to open up the market for all e-commerce players.

2) They might help to train a generation of future entrepreneurs.

Chatting with founder Louis Lebbos in a coffeeshop near Namshi's new offices in Dubai, we got a peek inside the belly of the Rocket Internet beast. When we chatted, Lebbos was working late on a Thursday, and he was energized, describing their creative, playful digs.

For what it's worth, Lebbos and Mekki are exactly the kind of talent Rocket likes to hire; they are both McKinsey veterans, while their third co-founder, Hosam Arab, is a Harvard Business School grad, as is Lebbos.

Yet they are in turn attracting and training more talent. Hiring has been his biggest challenge at Namshi, Lebbos admitted, but they is focusing on a building a team that can learn quickly and become self-starting.

"What really drives me and motivates me is interacting with our team," he said. "The most energizing thing is seeing people surprise themselves with how much they can achieve. In a big bureaucracy, you're never given an opportunity to surprise yourself. Here, we care about every person's personal development. I see these fresh graduates as the next round of entrepreneurs in the region. They are learning here, but three years from now, they're going to start the next round of startups in the Arab World."

It's a reality; these graduates won't work at Rocket forever. But they will gain experience doing so.

3) Rocket Internet will have to solve the same logistical problems that everyone else has.

When discussing regional logistics challenges and the revenue loss that companies incur thanks to offering cash-on-delivery payment, one e-commerce company founder I recently spoke to lamented competing with Rocket Internet companies. "When we tried to discuss our logistical issues with advisors who we think might help," the founder said, "we heard a lot about how Namshi are solving these issues. But we're not Namshi and we don't have their backing."

Yet, if Namshi or Mizado, both of whom currently sell throughout the Gulf and Egypt, can solve these issues (and they will be under immense pressure to do so), they may offer an example others can look to and save the time and cost of experimentation. While Rocket tends to launch quickly rather than wait for circumstances to shift, the company's clout could help if they decide to support policy changes as well.

Is Rocket Internet encouraging a cloning culture in the Middle East?

Let's face it, cloning has existed in the Arab World before the Samwers and it will continue afterwards. Making it into an ongoing policy is not a phenomenon unique to Germany either; the Mowafi siblings  of MO4 Group in Cairo are beginning to clone startups as well, prompting rumors that they are the "Samwers of Egypt." While not ruthless, their bios may offer a taste of an unapologetic approach. And yet, if they bring revenue and much-needed jobs to boost Egypt's and the Arab World's entrepreneurship sector without making employees miserable, how deep can the criticism go?

What do you think about the effect of clones on the region?

Share your thoughts with us in comments or in the Google Hangout Sessions for CoE E-Commerce this Sunday.