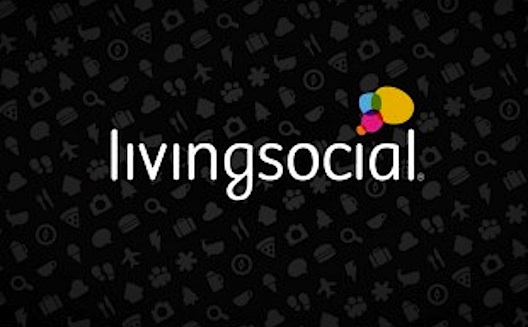 Early this morning, LivingSocial has confirmed its rumored exit from the Middle East and North Africa to Wamda.

In a statement, the global daily deals company revealed its rationale. "At the beginning of 2012, LivingSocial laid out its strategic plan. We continue to aggressively execute against that plan by focusing on areas with the greatest opportunity for growth and profitability. As a result, LivingSocial will suspend its Middle East operations and direct company resources to other regions. All LivingSocial ME merchants will receive their payments, and we are working with them to ensure all outstanding vouchers will be honored. Should any LivingSocial ME members or merchants have questions, we encourage them to contact us at me.help@livingsocial.com."

As the company moves to focus on regions that offer more opportunity for swift scaling, Brendan Lewis, Director of Corporate Communications for LivingSocial, asserted that the global company is looking to retain the GoNabit team's founding talent. "We hold Dan and Sohrab and the leadership at LivingSocial Middle East in very high regard," he said, adding that LivingSocial is looking to redeploy all current employees within the global LivingSocial network where possible.

Incompatibility between teams or fallout from company restructuring or rebranding appear not to have been an issue; Lewis confirmed that the culture at GoNabit was a great match for LivingSocial. A source close to LivingSocial Middle East also reveals that GoNabit was profitable at the time of its acquisition last year. Yet as the daily deals giant moves towards its own profitability, reportedly narrowing net losses from $198 million in the second quarter of 2011 to $93 million during the same period in 2012, perhaps the time has come to batten down the hatches and exit a market that is generally acknowledged to be difficult for e-commerce.

A source close to LivingSocial pointed out that the Middle East accounts for a fraction of the company's global revenue; the company may be turning its sights to more advanced emerging markets such as Korea, where Ticket Monster, which LivingSocial acquired in August of last year, was able to grow quickly and expand into Malaysia. LivingSocial is also diversifying from the daily deals space, with its acquisition in April of Onosys, a mobile and online restaurant ordering software business.

The change may be unsurprising for some after last month's management overhaul, in which Senior Vice President Dickson Chu and two other executives left the company, along with 9 other employees, four months after LivingSocial co-founder and president Eddie Frederick stepped down, although Lewis confirmed that these departures had no bearing on the company's decision.

For the Middle East region, however, it's a moment of reckoning. The GoNabit acquisition was seen by many as a validation of the region's e-commerce sector, and now this exit speaks to the challenges that entrepreneurs must surmount, both in the region, and in the daily deals space worldwide.

Difficulty in daily deals is clearly more than a regional issue; the model itself has flaws. Sometimes merchants don't actually benefit from offering discounts via group coupons. LivingSocial seemed to avoid that pitfall, finding that 54% of 369 companies surveyed said they had made a profit from running a deal with LivingSocial, and that 41%- the highest plurality- voted daily deals to be the most effective local marketing campaign. Still, a deal-dependent revenue stream can be volatile for a startup.

In MENA, the newness of online shopping may be an added difficulty, although recent evidence says customer distrust is a diminishing factor. Up to 52% of internet users are buying online in the Arab World, and swiftly growing flash sales site MarkaVIP claims that 45% of its 1.5 million shoppers are repeat customers. Less data is available for intangible goods, however; when it comes to daily deals, it's possible that customers may generally feel more comfortable buying retail items than digital coupons.

A primary difficulty in the Arab World may simply be convincing and educating merchants about the value of daily deals in the first place. (The trials of Jordan-based Dokkankom, which recently decided to shut down its eBay style storefront, speak to the need to educate merchants in e-commerce, although its challenges are unique to its product).

Merchant reluctance might make it hard to produce a steady stream of interesting deals, especially in small markets such as the UAE and Lebanon, whose online populations approach 3.5 million and 1.5 million respectively, or even Egypt, where perhaps only around 3 million people use e-commerce sites (of its near 22 million internet users). In comparison, internet penetration in South Korea nears 40 million.

As entrepreneurs learn how to tackle the e-commerce space in MENA, two things are clear. One, LivingSocial's exit could bring new players to the market; rumors name German daily deals site Mox Deals as a potential buyer for some of the company's Middle East assets. Two, competitor sites will have to look sharp in a new terrain, as the region's daily deal boom time comes to a close.