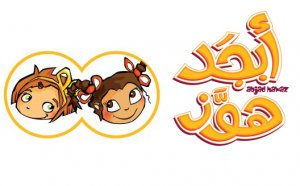 What happens if you find yourself living in a foreign country where no one speaks your native language, and you are try to teach your children this language to no avail? This was the case for Syrian entrepreneur Reem Atassi and Jordanian entrepreneur Mona Abdel Hamid when they lived in the United States. As they struggled to raise their children to speak fluent Arabic, they became inspired to build educational gaming application Abjad Hawaz.

Having failed many times to keep their kids in Arabic teaching institutes, the two women decided to create educational games at home to make the learning process more fun. Sundays became sessions dominated by Arabic learning games, which not just their children but friends' children of different nationalities joined in, to play and have fun.

After honing the format for several years, Atassi and Abdel Hamid came up with 15 educational games that they decided to start selling in 2010, when they launched Abjad Hawaz and registered it in the US. It wasn't easy. They even tried transforming one of the games into a board game, but couldn't find the resources to publish it, despite having built the prototype, presented it in Dubai, and received a lot of positive feedback.

The two women refused to give up. Their passion and devotion to preserve their culture and language kept pushing them forward. Once Atassi moved to Jordan, they decided to turn the game into an application called Abjad City, which they launched a couple of weeks ago in late November 2012.

AbjadCity, which is for children over 4 years old, asks the player to save a city from an evil force trying to destroy it, by collecting alphabetical letters. Each time a child finds a letter, they listen to its pronunciation, and see how it's written before they use it in the game. “We target all ages and nationalities that wish to learn Arabic in a fun and quick manner,” says Abdel Hamid. It is worth mentioning that the game instructions are in English to facilitate the task for those who do not read Arabic very well.

There is no denying that the Arabic language is attracting a lot of digital attention, especially when it comes to applications and games for children, like Egypt's Sacha Books and Kids Love Arabic.  This hunger for Arabic apps is because “Arabic communities are finally recognizing the neglect that has forced itself on our culture for the past 20 years, thanks to its concentration on global English trends and its wish to make room for global markets to enter our region," says Abdel Hamid. "These communities are trying today to make up for the neglect caused, by supporting the spread of the Arabic language and culture through different tools, such as electronic apps.”

It is true that the co-founders built the game to help children of Arab origin who live abroad, but they soon realized that the Arabic countries themselves are in true need of similar games as well. Due to the domination of foreign culture in music, films, books, magazines and school curricula, Arabic children need help when it comes to refocusing their education on the Arabic language, knowledge and culture.

Although several entrepreneurs are trying to fill this gap, the biggest challenge is monetization, according to Abdel Hamid, especially when it comes to reaching a global market.

The Abjad Hawaz application is available on iPhone and iPad stores for US $1.99, a paid model which the co-founders chose to avoid in-app purchases or ads that might make it complicated for children who spend a lot of time playing the games. “We think it is better for parents to purchase the app once instead of having to pay a lower amount every time the child completes a level and paying to start a new level,” Abdel Hamid says. “We also don’t want to distract children with ads when they are playing and having fun; that is why we prefer making it from the beginning a paid app once and for all,” concludes Atassi.

What’s special and encouraging about this app is that it’s designed by mothers who are sharing their experiences and trying to tackle a problem they faced for a long time and is related to their children. When it’s about children, the subject is always sensitive and delicate, that’s why I think that the app “Abjad City” holds lots of educational potential, because it succeeds in teaching Arabic and entertaining at the same time. 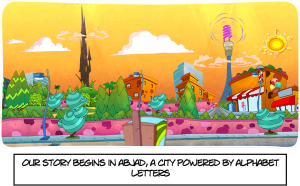 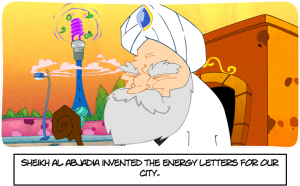 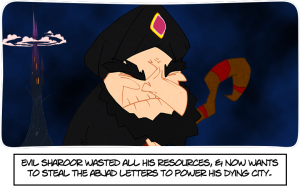 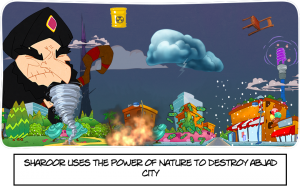 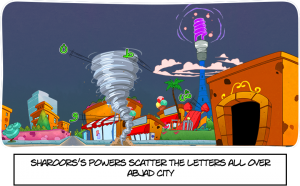 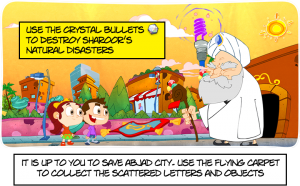 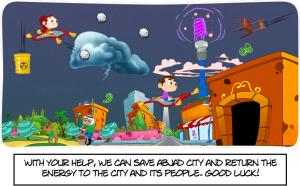