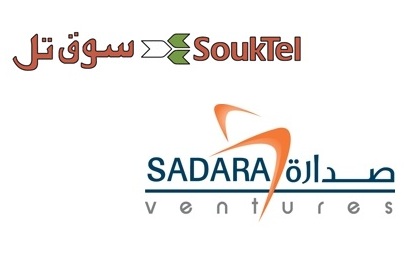 Souktel, one of the fastest growing startups in Palestine today, is set to enter a new era with a round of $1 million in investment from Palestine-based venture capital fund Sadara Ventures.

For Sadara, which focuses on technology ventures and is backed by a slew of investors that include Google Foundation, Cisco, the Soros Economic Development Fund, the Skoll Foundation, AOL founder Steve Case, and the European Investment Bank, investment in Ramallah-based Souktel is a natural step.

The startup has been boosting job creation in Palestine via its “Job Match” SMS platform since 2006, while exporting Job Match and its community support service “AidLink” to the entire Middle East, North Africa, and sub-Saharan Africa. As it continues to partner with organizations like Save the Children, UNESCO, Al-Jazeera, Mercy Corps, Education Development Center, CHF International, and UNICEF, on projects from Gaza to Darfur to Iraq, Souktel has undoubtedly grown from being a local darling to a regional force.

Across the Middle East, where internet penetration across the board hovers around 40%, slightly above the world average of 34%, according to Internet World Stats, a focus on SMS has allowed Souktel to connect communities where 3G is either not available or not consistent. In Africa, where internet penetration approaches only 16%, the need for SMS platforms to connect aid organizations with local populations is even more pressing.

Here, Souktel’s advantage in serving the market is the flexibility of its technology. “The nice thing about the platform is its diversity,” says co-founder and team leader Jacob Korenblum. At its essence, “it matches people who are looking for something to people who are providing a service,” making it adaptable to any market need. In Morocco, for example, Souktel has launched a service that connects the Ministry of Agriculture to local farmers, to inform them of crop prices and disseminate irrigation information.

Interestingly, with Sadara’s investment, Souktel now plans to expand beyond SMS, launching a “slew of smartphone apps” in the next year, first for Android and iOS. It’s a strategic move in a region that boasts countries with some of the highest smartphone penetration rates in the world- the UAE and Saudi Arabia clock in at 62% and 60%, respectively, as compared to 44% in the U.S., according to Google. “We're seeing a real diversity in terms of the way people use their phones, and we want to offer them the maximum amount of choice,” says Korenblum.

Even in markets with lower penetration rates, smartphone use is influential; in Egypt, 41% of smartphone owners have a made a purchase on their mobile device, while 80% make purchases once a month or more, making it the most engaged of any country that participated in Google’s survey.

While Souktel is looking to take make its services platform-agnostic, essentially, the region’s growing smartphone use doesn’t obviate the need for SMS platforms. After all, says Korenblum, a recent Pew Center Study found that the top two functions U.S. adults use their cellphones for are 1) taking photos and 2) sending SMS messages. SMS, which just celebrated its 20th birthday, won’t be obsolete anytime soon.

So Souktel won’t abandon its primary services, but will simply expand to match consumption trends. It will also be looking to expand beyond the 16 markets that it currently serves, to reach further into local communities. In Egypt, the platform will be launching larger scale job information services in the new year.

The investment round also serves as a benchmark for the growth of the Palestinian IT sector, says Sadara Founding General Partner Saed Nashef. “As our second investment, this provides further indication that the tech entrepreneurial sector in Palestine is starting to produce attractive investment targets. Souktel’s track record has been very impressive, and they've already built significant assets that lay great foundations to take their company to the next stage. We’re really excited about helping them continue their great work."

When it comes to potential synergies between Sadara’s first portfolio company, Yamsafer, and Souktel, no mutual benefits or projects are immediate obvious, says Nashef, but of course it “could happen in the future.”

Meanwhile, Souktel will continue to facilitate opportunities for its users, says Korenblum. “Our primary passion is enabling employment and economic growth. Linking people with job opportunities in their own markets is an expertise we'll continue to develop.”