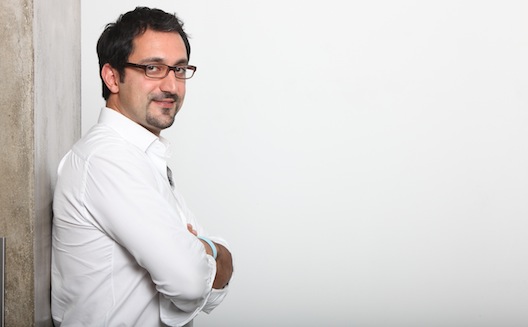 After first founding daily deals site GoNabit, bringing it to profitability, and navigating its acquisition by LivingSocial and its later closure, with co-founder Dan Stuart, all within the space of three years, you’d think he’d be ready to take a break.

But no- he’s joining flash sales site MarkaVIP to bring his extensive experience to bear as their Chief Operating Officer.

“I wasn't going to do anything for awhile, I was going to take some time off,” says Jahanbani. But as he chatted with Marka’s investors and the team, “those conversations got more and more exciting. We had a shared vision."

Working at another startup at the cutting edge of the e-commerce market now just seemed too good to pass up. It’s also a pledge that Jahanbani is continuing to bet on e-commerce in the Middle East, a market valued at around $11 billion, and set to reach $15 billion by 2015.

“I still very much believe in the space,” he says. “There’s still a lot to play for. In other parts of the world, the landscape hasn’t been defined.” Jahanbani also sits on the advisory board of e-commerce solution ShopGo.

As COO, working alongside CEO Ahmad Khatib and CFO Wissam Otaky, Jahanbani will focus on logistics, working to hone efficiency and expand into new markets. While logistics are one challenge that daily deals sites don’t typically face, Jahanbani earned his stripes in shipment when handling LivingSocial Shop, the company’s foray into selling physical goods.

Last year, MarkaVIP sank a lot of investment into logistics, establishing an on-the-ground presence in the Saudi market and setting up its own last-mile delivery system in the UAE, Jordan, and Lebanon, boosted by its $10 million Series B round. This year, says Jahanbani, the company will see the benefits of that investment.

“If you look at scale and what the team has achieved to date, I don't see any other platform in the region as geared for explosive growth and taking over the region,” he says. “If it wasn’t with MarkaVIP, I wouldn't have joined an existing business. But because it's such an entrepreneurial culture, it's an exciting place to be.”

At the end of the day, the decision all comes down to the team, he says. “Ahmad's a great entrepreneur, and it’s a great team. There are a lot of aspects I see that are similar to previous partnerships I’ve had.”

(For more details on MarkaVIP, see our recent Face Off between Ahmad Khatib and Souq's Ronnie Mouchawar).