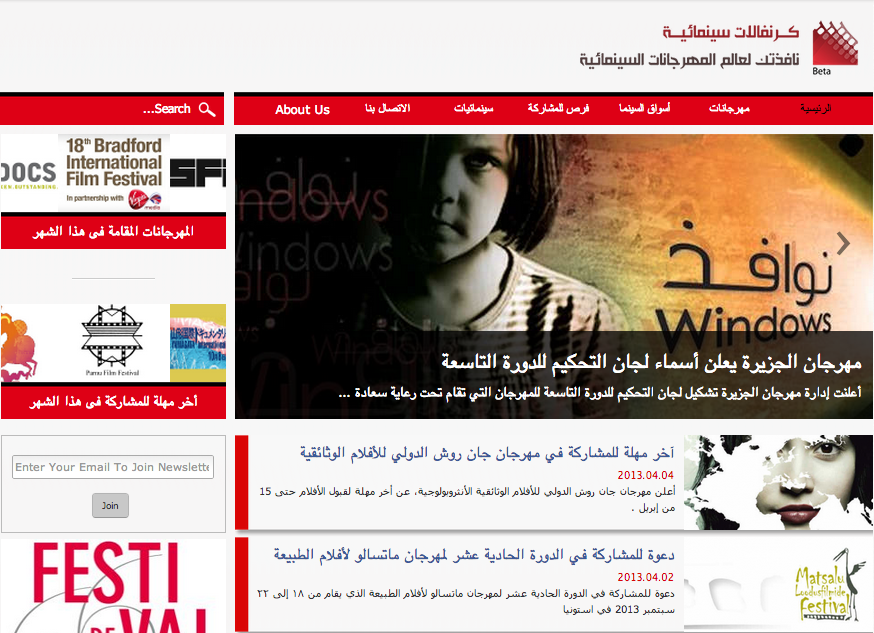 Arab cinema is gaining popularity across the Arab world, as many young documentary and short film producers are making names for themselves. Despite the wealth of talent in the region, however, few are breaking out of the Middle East region to compete on a global stage.

Users can browse the guide or filter festivals by film category, country, participation deadline, or start day. The website also offers a guide listing the most important cinema markets for distributors and producers, while also publishing a selection of film-production and film-festival articles in Arabic and English.

“CinemaCarnivals is a non-profit project and is the first Arabic website of its kind to dedicate this many windows to cover film festivals and their news in a real-time and interactive way,” says founder Mohammad Reda Fartousi.

Fartousi is an Iranian director and screenwriter who has participated in more than 50 international festivals and won several prizes, including the Roshd International Film Festival award. From the project's base in Geneva, he manages a team of four editors who travel to different Arab or European capitals to cover film festivals.

While other websites such as Egypt's Filfan.com cover Arab cinema and art festival news, CinemaCarnivals sets itself apart with its specific focus on festivals, professional filmmakers, and short film producers, unlike other portals which mostly cater to film viewers.

“Visitors will find a festival guide listing the most important Arab and international festivals and offering professionals opportunities to present their work and participate in festivals, based on their expertise,” says Fartousi.