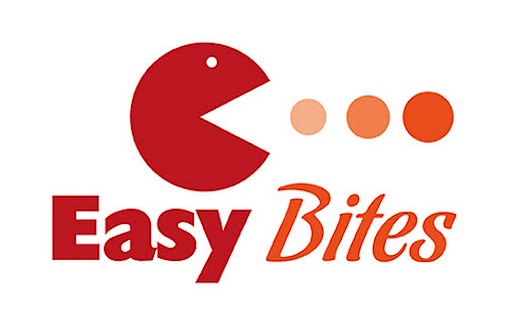 Restaurants and fast food outlets are booming in Kurdistan. According to one official in Erbil, Kurdistan’s capital now boasts close to 500 restaurants, a “massive [increase] compared to previous years."

Erbil, which has been dubbed the “Dubai of Iraq” and named the Arab Capital of Tourism for 2014 (despite not being an Arab city), used to have “few restaurants in the past couple decades,” but now they’re in “every location in [the] city,”  67-year-old Sabir Abdullah told Kurd Net.

The major problem that all of these restaurants have, however, is determining locations for delivery. “Most explain that they are located between this hotel and that pharmacy,” says German consultant Oliver Koch. Now, he and Mohammad Al-Samarraie, an Iraqi IT lecturer, working to solve that probelm by launching Easy Bites, an online food delivery site.

Online food delivery is a concept that has, thus far, flourished in the Middle East, the most prominent success being Turkish company Yemeksepeti, which secured $44 million in investment from New York-based firm General Atlantic last year. Now, several online delivery sites have cropped up in the region, including Yemeksepeti’s own FoodonClick in Dubai and iFood.jo in Jordan.

Al-Samarraie first developed the idea as he and Koch worked to advise the German Development Cooperation on building the National Information Technology Association (NITA) in Erbil. Once the two of them developed the idea, they brought on board two local designers, Ammar Ameen and Omar Al-Obaidi, and two programmers from Berlin, Ralph Magnus and Christoph Herbst, to round out the team of six co-founders. As they began building programs for aspiring entrepreneurs, the team realized that local startups couldn’t relate to the examples given by imported trainers.

“The challenges at Facebook and Dropbox don’t really reflect the challenges we face here,” says Koch. That’s when the two entrepreneurs decided to launch what they say is Kurdistan’s first internet startup.

As Al-Samarraie and Koch built connections with many of Erbil’s restaurant owners through their work with NITA, they noticed that restaurants not only had trouble with locations; they also lacked formal systems for recording customers' addresses. Of 25 restaurants that they initially surveyed, “we only found one shisha place that actually took notes on the addresses of its repeat customers,” says Koch.

To solve the problem on a startup budget, Al-Samarraie turned to crowdsourcing. First, he built an application that stored the GPS location of a given location tag. Then, he launched a tagging competition throughout Erbil last december, offering a Galaxy Nexus phone to the person who could create the most tags of prominent locations like malls, hotels, and business complexes.

Over five weeks, the competition gained 400 tags from 100 users, says Koch; enough to start. In January, they launched Easy Bites, targeting expatriates and workers in the private sector and government.

When you open Easy Bites, which is currently a mobile website, it logs your location from your IP address, and then relays two maps to the restaurant of your choice: a general image of the area, and a zoomed-in image of your exact location.

“This kills a big pain for restaurants,” says Koch. Google Maps alone wouldn’t work, he notes, as its information is  outdated. (And similar idea Addy hasn't hit the Middle East yet).

Today, Easy Bites has gained almost 500 users, and the founders are moving quickly build upon their traction. After seeing that 60% of their users use the site on mobile phones, the team now plans to launch apps for Android and iPhone.

They currently list 12 restaurants, and plan to add 8 more soon. To make it easier for restaurants to use, the team alos plans to integrate their tablet-based system with local point-of-sale (POS) systems, and eventually market an integrated POS package.

Koch and Al-Samarraie may already have the best geolocation system in Erbil, but they plan to improve it further, integrating a compass function like the one TripAdvisor developed for its Offline City Guides app. The team’s ultimate goal, says Koch, would be  incorporating a local coding system.

“Every house in Iraq has a unique 6 to 7 digit code,” explains Koch. “The first two numbers represent the sector, the next two are the street, and the remaining two or three indicate the house.” Augmenting the Easy Bites system to also understand these codes would make the location technology even more valuable as a standalone service for logistics companies, he notes.

One side effect of the platform’s success in Erbil is that its Facebook page has been “flooding with Baghdadis,” says Koch. For those in Baghdad, home food delivery isn’t just convenient; it’s a matter of security.

“People started contacting us, explaining that every time, they leave their houses, it’s dangerous,” he explains. “Easy Bites would have an entirely different meaning for them.” A few restaurants have already contacted the team as well.

To expand into Baghdad, the two founders have once again turned to the crowd, launching an IndieGoGo campaign for $35,000. They also hope to enter Sulaymaniyah, where they’ve signed up five restaurants.

By using Lean Startup methodology, both Koch and Al-Samarraie hope to ride the wave and make a name for startups in Iraq.

For more about the concept, see their Google Tech Talk, ” Stories from Iraq: Launching a Lean Internet Startup,” below.