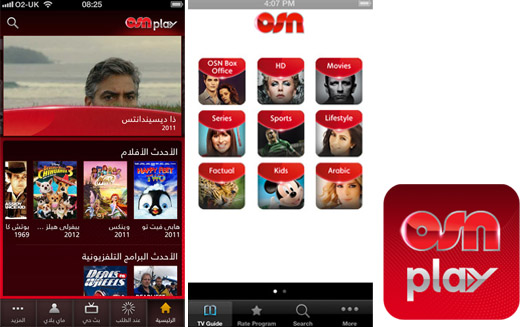 The number of those who watch video entertainment via computer may soon be overrun by users who prefer to watch their favorite movies and shows right on their smartphone.

In 2012, 72% of mobile users in Saudi Arabia watched videos on their phones. And with the increasing penetration rate of smartphones, surpassing 60% in both Saudi Arabia and the UAE, streaming platforms are rushing to produce mobile video content to meet this surge in new customers.

One notable recent launch – among several others – is regional visual content provider OSN’s July 4th release of OSN Play, the mobile version of its on-demand video streaming service. The service was first launched last year for personal computers and tablets only.

Now available on iPhone, OSN Play allows subscribers to watch all OSN content – including a wide array of English and Arabic movies, TV series and sports coverage – any time on their smartphones, without additional charges.

The company is also currently developing an Android mobile version to be released in the coming weeks, as well as an updated version of the app that supports video content through 3G and 4G networks with sharper display quality. Currently, the app only works through WiFi.

“OSN is working on launching the second-screen experience. If you’re watching a movie on TV and you are interested in the main actor, you can use your mobile phone to obtain additional information related to what you are watching such as other movies in which the said actor has starred,” says David Butorac, OSN’s CEO.

Although startups like Anghami and YallaMusic have achieved some success in the mobile music-streaming business, the mobile video streaming market is still dominated heavily by large content providers that already have their own television channels. But for the brave startups willing to tackle this market, the opportunities are greater than ever before.