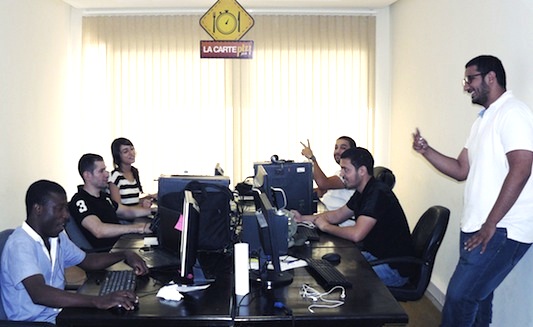 How long will your employees keep working if you can’t afford to pay them any longer?

At least eight months, says Yassine El Kachchani, the founder of LaCartePlz.ma, now called Doofry.com, a real-time food delivery service in Morocco. This is how long the young team from LaCartePlz kept working without any salary, eating only rice and dodging the pressures of their families. Only one of the employees couldn’t afford to stay; the other four, along with two unpaid interns, held on until the startup finally received the rate-free loan the CMI promised them (this is one of the many criticisms CMI has received from Moroccan entrepreneurs).

So how does one create such a devoted team, especially in a young startup ecosystem like Morocco, where entrepreneurship is mostly looked down upon?

Entrepreneurs throughout the Arab world are facing difficulties finding talent. But in Morocco, the situation might be particularly bad, given how young the market is; there are a lot of competent Moroccans, says El Kachchani, but most of them want stable jobs at big corporations.

During our Mix N’ Mentor Casablanca event, two respected local entrepreneurs told us how they managed to a create strong team: if the talent pool is too small, create your own!

How to play Frankenstein

Youssef El Hammal is very familiar with recruiting issues; in April 2012, he launched stagiaires.ma, a platform that connects students and recruiters.

He was initially looking to hire employees with senior experience, but that didn’t work out as he planned. No senior had startup experience, and most had a corporate mindset that wasn’t matching what he needed, he says. The few that become convinced of the opportunity in startup culture tended to conclude, “If there are indeed that many opportunities, why not launch my own startup?”

After a few disappointing attempts, El Hammal decided to do without seniors, and hire final-year students instead. Because they haven’t been working for corporations, they’re still open-minded, creative risk-takers, he says.

They need lots of training, admits El Hammal, but they’re highly motivated and excited to learn, as they know they will have more responsibility and likely get promoted faster than in a regular company.

Interns or young employees are also cheaper to hire, especially in Morocco, as they often live with their parents.

2. Convert them to a startup mentality.

The more candidates you have, the bigger the chance is that you can find a creative person that can think outside the box while setting big goals, says LaCartePlz's El Kachchani.

He knew it would be hard to find someone with industry experience or knowledge, so he decided to look for inexperienced but flexible and creative talent that he could then convince to work at a startup. To win them over, he launched a communication campaign based on a high quality, innovative how-to video to introduce the product to potential recruits. The local web community responded positively to the video, and LaCartePlz connected with several local talents.

El Kachchani then gathered a list of must read books and blogs, and imposed a two-week intensive reading session before starting.

3. Take your time when hiring.
Training takes time, so you'd better be sure the trainee is worth it. Stagiaire's El Hamal believes you should take your time to recruit the right person, rather than lose time looking for replacements. He set a two month minimum for finding the right person, making a point of interviewing 40 candidates in order to have a clear idea of who he wanted to hire. 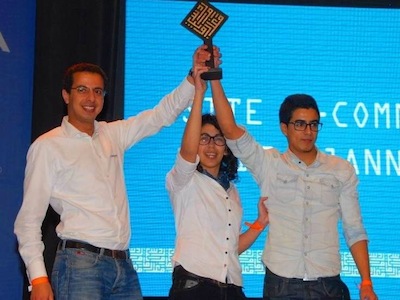 4. Give meaning to their job.

Every startup will know ups and downs, and big corporations will try to poach their unique talents, so entrepreneurs need to find ways to keep their employees even though they will make less money there than at big companies. For those two entrepreneurs, this mean playing on sentimental chords.

It's important for each member of the team to understand the product’s potential and how he or she is contributing to it, says El Hammal. It’s a good feeling to work for a startup, to see the direct impact on your work, to be part of a team, to participate in a solving a problem that could be huge.

This depends upon the founder’s charisma, says El Kachchani. “You have to pitch your team on a daily basis to stay connected. [You have to] make sure you're all sharing the same vision and at the same time generate the YES-WE-CAN feeling for everyone."

5. Give them a reason to be proud.

El Hammal believes in meritocracy. If his interns do well, he openly recognizes their role in MesStagiaires.ma’s success; he even shared the stage with them when the startup received the Startup of the year award at Maroc Web Awards 2013.

6. Give them a second family.

“We’re part of the same family,” says El Hammal. Employees don’t just believe in the product, they also believe in the team. El Kachchani concurs; the feeling of being a family got the LaCartePlz team through those harsh eight months. “Nobody quits on family, even when times are hard.”

7. Help them reach their goal.

A happy employee is an efficient employee. El Hammal knows it, he’s doing all he can to make his team feel satisfied both professionally and personally. He sits with each of them to talk about their career plan, at Stagiaires.ma or elsewhere, and gives them time to work on their side projects, even mentoring them on those projects.

El Hammal is also trying to identify each team member’s "drivers" and personal passions and satisfy them.

Was it a good move for them to stick around?

LaCartePlz’s team didn’t give up, it seems to have been a wise decision. During those last eight months, they’ve been working on an interesting pivot: LaCartePlz has renamed itself Doofry and pivoted into being a platform that builds online delivery sites for restaurants (think Shopify for restaurants).

At Stagiaires.ma, the interns seem to have been convinced. Of the company's three original interns, two were hired as fulltime employees and one is starting is own company, with the help of El Hammal, while at the same time working as a subcontractor for the Stagiaires.ma. Now, two new interns have joined the team. Will they catch the startup bug too?