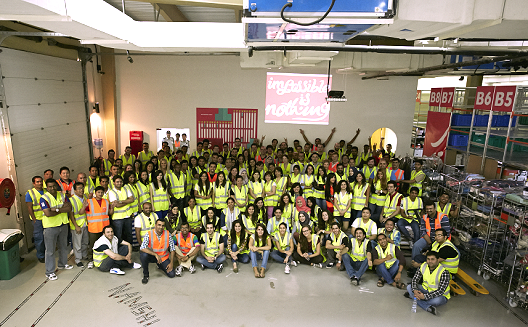 “I can't stress how much we're trying to break away from the bubble and hype around our funding rounds, and see ourselves as a startup that's in a fight for its life,” says Namshi’s new co-founder and managing director Faraz Khalid.

Those three rounds of funding, which total $34 million to date, caused us to ask how they were spending their capital, following their latest round of $13 million, lead by Summit Partners, this May.

Yet perhaps Namshi's $34 million doesn't seem that out of place if you consider that their second round was likely much less than their first, and online retail site Souq raised around $40 million last October, while flash sales site MarkaVIP has raised $18 million to date; e-commerce in the region is, after all, a cash-intensive business.

As it turns out, they're spending heavily on streaminlining their logistics, especially their same day delivery, which they launched this June. “Ever since we’ve raised our last round, we’ve basically doubled down on operations,” says new managing director Faraz Khalid. Now, he says, customers who order before noon can receive orders that day.

While the Zappos-style fashion retail site, with a team of nearly 200, still uses Aramex and other local carriers in markets outside the UAE, running their own logistics has "changed the game for us," he says; 30% of their UAE orders are done same day, while 80% are delivered within 24-30 hours. The warehouse team in Dubai will ensure that if a customer places an order at 2am, they will likely receive a confirmation by 3am, adds Khalid.

The decision to focus on in-house logistics isn't surprising. Most of the region’s largest e-commerce companies- all of which are leveraging investment and knowledge from players outside the Middle East- have delved into their own logistics as well; both Souq and MarkaVIP handle their own last mile delivery in their major markets, and are working to streamline processes in Saudi Arabia.

Now Namshi is following suit, working to hone same-day delivery in the UAE, open their own warehouse in Dubai, and streamline shipping in Saudi Arabia and across the region, while taking a lean approach.

“My general approach has been to test a lot of ideas, keep what works, and embrace the fact that not everything will stick,” says Khalid.

Khalid is very aware of the ways that Namshi might be perceived as a Rocket company, but that doesn't mean that Namshi's challenges are any easier. “It took a while to build credibility, but now that we have some manner of a tailwind, it's been fascinating to see how our partners are open to experimenting with us in the interest of the consumer," he says.

The most important thing is nailing the basics: "getting back to our roots over the past six months, putting our head down, and really putting stuff on the ground." 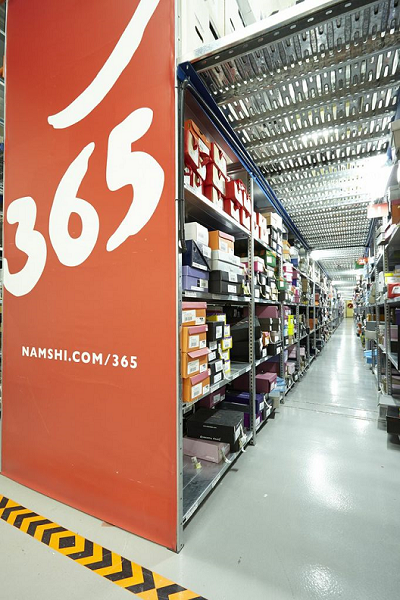 Where is Namshi today?

“Last year Namshi had disastrous return rates," Khalid admits, but "it’s magnitudes better than it was last year.” He attributes this improvement to Rocket’s intense focus on making decisions based on data.

Now he estimates that over 50% of Namshi's customers are repeats. Their top customer has ordered over 70 times this year, placing an order every three days. On average, customers buy two items per order, and bought significantly more during Ramadan, when the most popular hour for placing an order was between 3 and 4am.

To make delivery smoother and reduce unpaid returns, the company has turned on credit-on-delivery and debit card options, and enabled "doorstop trials," allowing customers to try multiple sizes while a delivery person waits.

Returns aren't the problem, it's non-deliveries that kill business, Khalid points out. Last year, Zappos had close to a 50% return rate, mostly because it's difficult to convey sizing online, another factor Namshi is improving, he says.

In terms of what's selling, Khalid admits that abayas and traditional apparel can, on some days, even outsell global sports brands on Namshi. But on average, there’s an even split between apparel and footwear, he says, which he says is a sign of a “maturing catalogue and a wide customer base.”

What entrepreneurs or customers also might want to know is what it's really like to work at a Rocket company in the region. After starting with a bang, Namshi is the last-standing member of the Rocket Internet family in the Gulf, after Mizado closed last year. This year, its two original co-founders departed to launch a new startup.

We’ve all heard the rumors of tough e-mails and a harsh internal culture at Rocket companies, but Khalid insists, “It’s not run by crazy people… the demands placed on us are not unreasonable.”

“The perception is that the Samwers are tough, but I think they’re some of the most inspirational people to work for,” he says. Namshi's founders do have some independence where they have been able to focus their energy on “people development, building a fun workspace, and providing a low power distance structure,” says Khalid.

That's what any employee might say about their boss, but a kick-down culture isn't part of Namshi. “The objective is to build a team that is smarter than you," says Khalid.

But that doesn't mean the team doesn't have a healthy dose of bravado. As they put the pressure on to nail logistics and deliver on their promises this year, Khalid says, “the focus now is on obsessing about our customers, making sure every single order is delivered as promised, and making sure we blow people’s minds."