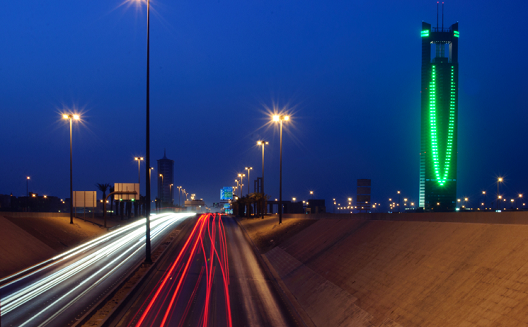 A surprising headline recently caught our eye: Arabian Business suggested that Saudi consumers are borrowing almost US $1 billion per day in bank loans, a statistic that seemed a surefire sign of growing financial trouble in the Kingdom.

However, it's not true. According to the original data released by the Saudi Arabian Monetary Agency, Saudi consumers love purchasing big ticket items (mostly "vehicles and equipment” and real estate) enough that they're taking out large loans to do so. But not $1 billion per day. Arabian Business accurately cited that Saudi consumers have SAR 321 billion (around US $86 billion) in loans to repay, but confused the timeline, saying "About $86bn (SR321bn) was taken out in consumer loans between April-June this year – the equivalent of $945m a day." Yet that number is, as far as we could tell from a close reading of the SAMA report, the sum total of consumer debt to date, not the amount that debt increased from April to June.

Here are the accurate numbers: the amount that Saudi borrowers added to debt from Q1 to Q2 2013 was only SAR 13.8 billion (US $3.67 billion). That's, on average, US $1.2 billion per month. To put that number in perspective, consumers in the U.S. increased their borrowing by US $13.8 billion from May to June 2013. Taking into account population size (Saudi Arabia's 28 million to the US's 316 million), consumer debt per person is almost identical: around $43.69 per month per person in Saudi Arabia, compared to around $43.67 in the United States.

To put it plainly, consumer debt in Saudi Arabia is almost exactly the same as it is in the U.S., and it's around $40 million a day, not $1 billion.

In general, a high rate of consumer debt is troubling for the economy, because retail debt generally does not lead to economic growth. In Saudi, that's compounded by the fact that small and medium-sized enterprises (SMEs), which account for 60% of private sector unemployment globally, face a huge credit gap. 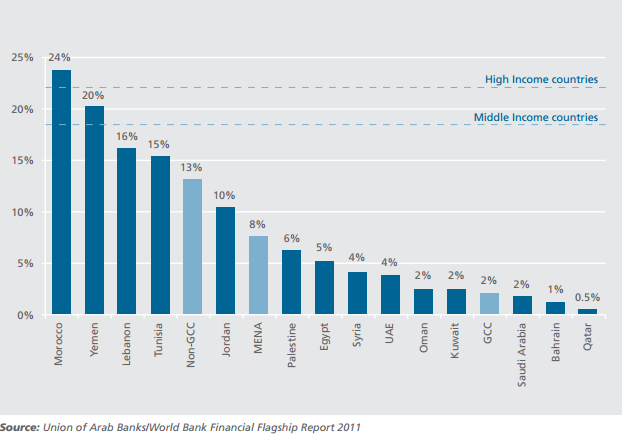 It's not just a Saudi problem; across the Middle East, the IFC estimates that SMEs require an additional US $300 billion in capital to reach their full potential.

While consumer debt in Saudi might not be as egregious as it initially seemed, investing in SMEs could still help reduce consumer debt on the whole by creating jobs and generating wealth.

How? One solution is encouraging banks to lend to SMEs, something the Lebanese government did recently, implementing an incentivization plan designed to de-risk bank loans to small businesses. However, due to the large amount of equity- 80%- that the plan allows banks to take from startups, the plan may not be as effective as hoped.

In Saudi Arabia, Shari’a-compliance standards may also play a role in a bank's reluctance to lend to small businesses. Other options for boosting startup investment are encouraging Shari'a compliant venture capital, which is on the rise in the country. While internet holding company N2V has gone dormant after investing in iAraby in July 2012, VC firm STC Ventures has been ramping up its activity, with recent investments in Jabbar ad network ikoo this past May and e-learning platform Acadox in April.

What do you think- do SMEs in the region need greater bank loan access? Or is personal funding, angel investment, and venture capital enough to fill the gap? Let us know your thoughts in the comments section below.