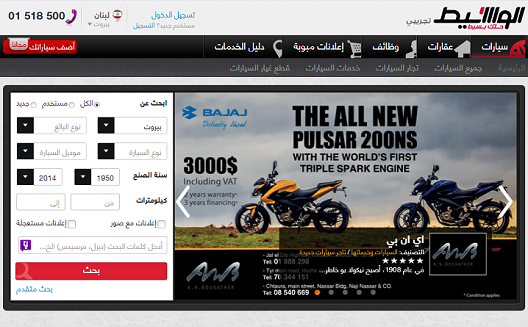 In classifieds, Egypt has become a highly competitive market, with companies like the revamped Waseet, Dubizzle, and Avito’s Bekam duking it out for classifieds leadership hegemony. But Waseet has a few key advantages that could help it keep market share, even as the others spend heavily on advertising.

For one, Waseet is not simply an Egyptian company; it's been a print magazine for nearly a decade in 35 cities across the Arab world. Its new, revamped regional classified site, which first launched in 2009, is now "a combination of Craigslist, Yellow Pages, and Yelp,” says Andy Abbar, the general manager for the online division at AWI, Waseet's parent company. Rather than merely listing items, its also offers a directory of relevant services; apartment seekers can, for instance, also find recommendations for local painters, moving services, or insurance providers.

Waseet is built by AWI, one of the largest media companies in the region, which has built several very popular online content portals, including Layalina, Marie Claire Arabia, Fortune Arabia, Gala, Top Gear Arabia, and Al Balad Newspaper, from its base in Dubai.

This gives Waseet a critical bit of leverage; as AWI continues to launch niche content portals, it's funneling readers to Waseet to purchase the items they are reading about. One major example is ArabsTurbo, an auto content portal that just launched, which offers recent motorist news, funny videos, and the latest vehicles available for purchase, many of which redirect users to Waseet's relevant local listings.

It’s a savvy model: lure users to enjoy niche content, and then encourage them to continue browsing and eventually shop via other AWI holdings, keeping readers spending within the AWI online empire.

Effective Measure now ranks Waseet above Dubizzle in the classifieds category with over 83,000 unique users a week in Egypt, compared to Dubizzle's 75,000.

AWI also intends to grow the model by identifying the right niches. “I really don’t believe in taking a magazine and digitizing it and calling it digital content. My job is to build online experiences related to specific categories,” says Abbar. 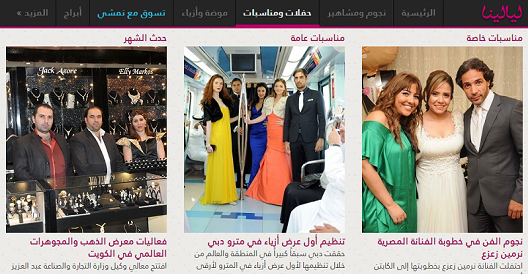 With ArabsTurbo, AWI plans to similarly grow its traffic by learning from Layalina. The fashion content portal, which launched in November 2012, now sees over 2 million unique users each month, and a hefty 2 million fans on Facebook, which Abbar says makes it the most popular fashion content portal in the region, particularly in North Africa and the Levant, now, as we predicted earlier this year, surpassing competitors like Nawa3em.

“We learned quite a bit from Layalina and our roadmap for 2013 was to launch the motor sport site,” says Abbar. There’s plenty of interest in real estate, jobs, and other items on Waseet, but Abbar says autos are overwhelmingly the most popular item to list and buy.

Unsuprisingly, ArabsTurbo is most popular among young males in the Gulf. As an auto and motor sport content platform, it competes with Motoraty and Biser3a. In a large collage of images, albums, and videos, ArabsTurbo also includes translated spec-driven articles, entertaining videos and reports, auto shows, and its own original weekly test-drive videos for some of the hottest cars out today. The team is also offering premium content to be featured on MSN Arabia, hoping to increase similar partnerships. 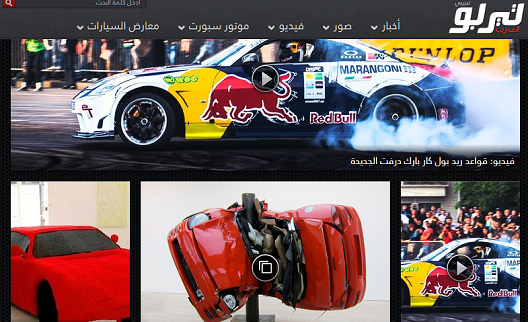 Again, transactions are one of AWI's primary goals with ArabsTurbo. “We’re building an integration between ArabsTurbo and Waseet autos, so you can see if a car you’re reading about is on Waseet in your city and you’re directed to buy it,” says Abbar.

Yet for now, the AWI team of around 20 is focusing on traffic first. “Across the portfolio of products we really don’t focus on monetization as a priority; the focus is on building the right team, the right product, the right traffic, and when we have all three, it helps to equal monetization,” says Abbar.

Layalina is also directing traffic to ArabsTurbo, via the occasional article on a high-end car; it will be interesting to see whether ArabsTurbo can have the huge surge of popularity its sister site has seen over the last 10 months.

Waseet, on the other hand, will be making purchases even easier, releasing a mobile app in the coming weeks (especially prudent as more and more users buy via smartphone), and launching an English version of the site by year’s end.

“I really believe the region is on to something big, despite the challenges and turbulence we are undergoing. It’s an exciting time and I just wish there were more than 24 hours in a day because there’s so much to be done,” says Abbar. “But the sky’s the limit.”