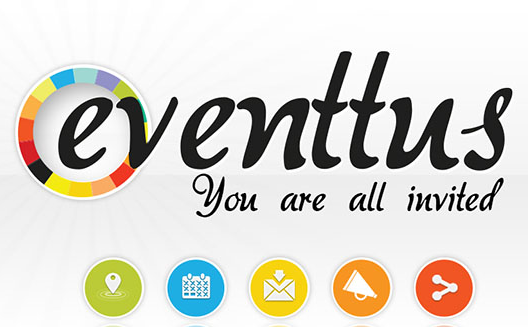 After meeting at Startup Weekend Cairo in 2011, the founders of event organizing platform Eventtus launched their startup in late 2011, quickly enabling event listings around the globe. Now they have just secured their first round of funding at EGP 1.2 million (US $174,145) from Vodafone Ventures Egypt and Cairo Angels, which they hope to use to begin formal marketing, launch a new monetization strategy, and expand their reach across the region and the globe.

With over 9,000 events listed since their launch, the company has 20,000 registered users on both their mobile app (on iOS and Android) and web platform. A vast majority of events listed are from Egypt, followed by the UAE, Lebanon and Saudi Arabia. With this new funding, the team hopes to boost their marketing efforts in the UAE and Saudi Arabia in particular, where they see the highest potential for new event listings.

Although Eventtus previously didn’t allow for users to pay for event tickets via the platform, they are finalizing the details to allow credit card and mobile payment in the coming weeks. With their new Vodafone partnership, event attendees can also now pay for and book event tickets at any Vodafone store in Egypt. It’s a logistical feat, but one that could give them an edge on competition in a country where cash on delivery is still widely demanded.

On top of taking a seat on the Eventtus Board, Cairo Angels has offered the startup some key advice and expertise in several areas. “We meet with them all the time,” says cofounder Mai Medhat. “We got the best people from Cairo Angels. They’re very interested in Eventtus and they try to help as much as they can. Each has a lot of contacts and they connect us to their networks.”

Thus far, the startup hasn’t been monetizing, as basic event posts remain free, but they are currently finalizing a set of premium features to enhance their future event listings and begin to bring in revenue. These functions include listing an event’s agenda and speakers, the ability to send announcements to attendees, and the option to create polls and surveys for attendees to distribute via the mobile app. “We’re mainly focused on networking and engagement between organizers and attendees, so we offer premium features and we have different packages,” says Medhat. So far, the site is only available in English, but events can be posted in any language, she explains.

With the political uncertainty in Egypt over the last few months, event postings have predictably taken a dip. But things are looking up lately. “Last month was a bit tough with the curfew and everything; a lot of events were cancelled or postponed,” says Medhat. “But now everything is normal and we have a lot of events because in the last 3 months a lot of events got pushed to the next quarter. So now is a high season for us.”

Being located in the region gives the startup a leg up on international competition, like Eventbrite and Meetup, but local services are looking to get in on the action. Lebanon’s e-ticketing and event crowdfunding platform Presella and event management startup Rikbit, alongside Oasis500’s event listing and ticketing startups Sajilni and Roznamti, are three companies competing for event postings. But each offers something a bit different. Despite Presella’s more unique event funding model, Eventtus outpaces the competition when it comes to execution and opportunity for monetization. The fact that Eventtus has a mobile app too separates it from the pack.

Their monetization strategy separates them from the competition as well; as Presella monetizes from a percentage of each crowdsourced campaign and other competition like Sajilni and Rikbit take a commission on each ticket sold.

“We are watching them, and some of them are pretty interesting,” say Medhat. “But we are focusing on networking and socializing, so we're in a totally different area. Our main focus is changing the event experience. We focus on premium features which none of our regional competitors have yet.” Their mobile app is being revamped and relaunched with premium features and payment options in the next few weeks.

The key here will be execution. If the team can spread to reach the Gulf and prove the potential of their premium model, they could meet local market demand in ways other international players haven’t.