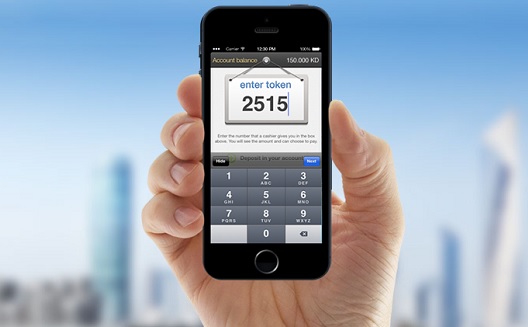 Some say that in order to see a new startup ecosystem really take off, you just need to build one billion dollar company. Just one success story, according to the theory, will set wheels in motion for startups to begin popping up in every corner of the region.

In my continued search for such an example in Kuwait, potential for scaling has been the most important criterion. Sometimes the most successful ideas are simply clones of successful businesses elsewhere, localized for regional consumers. Apart from my own startup of course, one new Kuwaiti company in particular may just have the potential to be that next game changer.

Recently I had the chance to meet with Sayed Almohri, the co-founder of Next Payments, a mobile payment system based on a very simple idea he calls “token technology”. The system currently works on a prepaid basis: customers make an account in Next Pay, and top up using their debit card. Businesses too can setup an account in Next Business, and link it to their bank account. Only available in Kuwait as of now, Next Payments takes advantage of Kuwait’s K-Net debit card network, giving it access to every bank in Kuwait.

Through this technology, Almohri hopes that smartphones could soon begin to replace the traditional cash register altogether. For those who don’t live in Kuwait, Next Payments will use K-Net’s electronic network to accept debit cards from international customers in the future.

Almohri explains that the startup bypasses some of the limitations of PayPal and Square, which still requires customers to have a credit card. Here are some more excerpts from our interview:

How did you come up with the idea for Next Payments?

In December 2011, my brother Hussain and I had an realization: we felt we really needed a cloud-based payments system. We built on the idea and eventually came up with Next Payments which first came about in Kuwait, although we had been working on developing parts of the project ever since college at Virginia Tech in the US. At the time of launch It was just me and my brother, but now we have ten full-time team members, mostly from Kuwait.

How long did it take you to actually develop and launch the product?

It took about a year and half: the infrastructure took the most time, both due to technical development and legal restrictions. Payment gateways and banking can be a delicate market, so there were some legal issues to work out as we insisted on developing a robust system from the beginning.

Setting up a solid legal and financial structure for such a project is immensely difficult in this region. It took us a good amount of time explaining to the regulatory bodies how the system works, and convincing them that it is legally binding. We have a close relationship with one of the major banks in Kuwait for different purposes including providing financial services, monitoring risk, and preventing fraud.

What market gap are you addressing?

The difficult process of obtaining a merchant account in Kuwait, from the regular setup process, to huge fees and requirements, is what we are trying to fix. On the global level, we are taking payments into the cloud, meaning a system with endless features that will enable every business to improve the way it receives money from its customers.

Are you seeing any worthwhile opportunities for expansion outside of Kuwait?

We have a well-established technology infrastructure and an experienced team here, and with the help of our legal advisors we are getting very close to expanding outside Kuwait.

Many payment startups are popping up in the region and some global players are also putting more resources here. How can you compete with these players with more resources?

I know there's a mobile payments solution right around every corner but they're all pretty similar and are done by huge franchises. By contrast, Next Payments takes payments into the cloud. We're also taking a huge step in making the system's privacy better customers. Nearly all other wallet services disclose some or all of customers' private information to the merchants, which is ideal for customers, to say the least; we try to keep private information actually private.

Next Payments also makes it possible for merchants to receive money from anywhere by connecting the merchant and the customer via a token number which can be transmitted over phone or text. This allows customers to pay wherever they happen to be.

How have things developed since launch?

Since the launch in late February, we have over 200 points of sale, and 10,000 customers enjoying the system. But I would say one of the biggest issues in Kuwait is the difficulty of differentiating between a startup, and a small business, which are not the same, so talent scouting can be a very difficult process.

Some of our current clients include Caribou Coffee, International Mill, Smash Burger, and Burger Boutique.

Did the company run into any trouble at first when recruiting merchants without users?

It is a classic chicken and egg problem. Thankfully, the brilliance of the system and its easy pricing model made merchants embrace it quickly without the need for a large customer base. Next it’s about our performance to create the balance between our merchant volumes and our customer base.

So will Next Payments be the next billion dollar company? We don’t know as of yet, but I do believe that they are solving a big problem in Kuwait around trustworthy and easier payment options. The main challenge will be expanding ourside Kuwait as other banking sectors may not be as unified or accessible.

Check out a short demo of the service below: