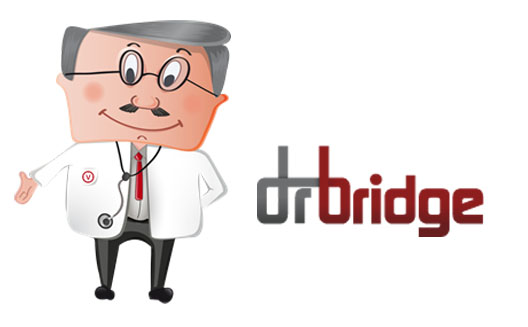 As technology becomes integral to everyday life more than ever before, the need for digitizing healthcare is ever increasing.

While the region is clearly on a trend to localize online medical content and to create interaction between patients and physicians, with websites like Altibbi, Sohati and WebTeb, Egyptian startup DrBridge has launched an app in order to create the first integrated healthcare virtual community.

This app, available on both Android and iOS, aims at linking the patient with all medical entities, including doctors, analysis, and radiology laboratories.

DrBridge started, in April 2012, as an app targeted at doctors. A doctor could use it to access their data and manage their clinic financially and administratively through analytical reports for appointments and measurement of the clinic’s performance, as well as patients’ online medical reports, globally known as EMR. The latter enables doctors to make a complete digital report of the patient’s medical history including the names of medications that the patient has taken and the tests that have been administered, as well as the treatment’s duration and the patient’s latest condition.

The app later evolved to include the patient too. Last September, the startup launched the website Vezeeta for online appointment booking with Cairo’s doctors. The booking service is available for patients on Vezeeta for free, while doctors have to pay EGP 300 per month (around $43 USD), or EGP 3,000 per year (around $430 USD) in subscription fees.

Vezeeta makes appointment bookings extremely easy: it lists the available appointments of every subscribed doctor so that the patient can directly book the convenient one for them. Then, they get a text message confirming the appointment before receiving a phone call from the website’s customer service agent for the final confirmation. Patients can also make a phone inquiry to learn about doctors’ rates before booking, on a designated hotline.

Developers are also working to provide DrBridge with interactive communication features between doctor and patient during the treatment and follow-up periods through text messages, reminders, and discussion sessions about their test results and medication side effects.

The co-founders of the healthcare network have a collective background that combines science and technology: Amir Barsoum, former strategy manager at global pharmaceutical company AstraZeneca-MENA, is a pharmacy school post-graduate and holder of an MBA from the American University in Cairo. The other co-founder is Ahmad Bader, co-founder of ITWorx, one of the pioneer companies in the region in specialized software.

“It was very difficult at first,” Barsoum says of the struggle to convince Egyptian healthcare practitioners to use digital technology, “especially straight after the launch. This led us to stop for about eight months in order to improve the app so that it keeps pace with the needs of Egyptian doctors in particular.” Training doctors on how to use the app now only takes about thirty minutes.

It is not clear whether the app is succeeding since its most latest version was released in March 2013, because Barsoum refused to reveal the number of doctors that have subscribed in it so far. However, he said that the team has grown very fast. “We started with three members and now we’re 63,” he said.

As a result of Vezeeta’s launch, the customer base has expanded to reach 50,000 patients so far, according to Barsoum. He attributed these numbers to Vezeeta’s flexibility in helping patients find the right doctor, both in terms of cost and location, as well as its creation of a direct interactive connection that enables patients to make inquiries which they might find embarrassing, such as asking for a psychiatrist or an STD specialist.

Greater Cairo has been DrBridge’s focus over the past year, but the team’s marketers are planning on scaling into Alexandria and a few other districts in the near future, according to Bader who also declared that the startup is planning on scaling regionally in the coming phase throughout North Africa and the GCC countries.

In order to implement these scaling plans in and out of Egypt, Barsoum and his partner received the first funding round from the Technology Development fund Ideavelopers that acquired 40% of DrBridge for EGP 8 million (over $1.1 million USD).

The startup’s co-founders are looking forward to upgrading DrBridge until it becomes the MENA region’s Practice Fusion, an American website that has succeeded in linking medical entities through technology and was ranked in 2012 as the world’s leading website in its field by the World Economic Forum. Within the last three years, Practice Fusion has been able to attract 100,000 doctors and 49 health entities as well as a customer base of 75 million patients. Will DrBridge perform similarly in the Arab region?