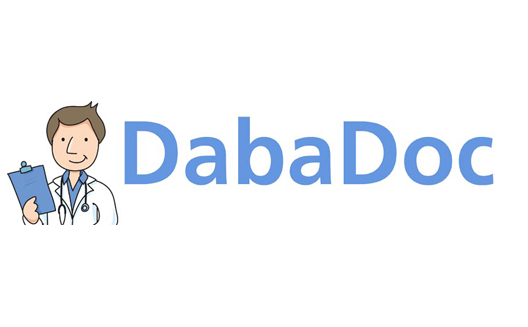 When Zineb Yacoubi moved back to Morocco after spending eight years in the United States and Canada, she realized just how difficult this issue was, especially for those new to the community: she didn't know which doctors to go to, and, when she did, nobody will pick up the phone when she called. That’s when she decided to build DabaDoc.

Launched in September 2013, DabaDoc allows Moroccans to find a doctor based on the doctor's field, location, and experience; clients can then book an upcoming appointment online (daba means quickly in Moroccan dialectal Arabic).

In the United States, the concept has proven successful. Almost five million Americans use ZocDoc each month, and the company has raised a total of USD 9.5 million since it launched in 2007. The model alone doesn't guarantee success, however; in France, none of the similar services seem to have broken through to reach a mass market.

In the Arab world, though, the concept is attracting entrepreneurs. In February 2011, Ekshef first opened in Egypt, followed in June 2012 by DoctorUna in Dubai, which later opened in Egypt and Jordan. A third service, Vezeeta, also launched in Egypt in September 2013. According to its 218,000 Facebook fans, and Alexa stats, Vezeeta seems to be leading the pack in Egypt currently.

In Morocco, DabaDoc should also have to do with a competitor, rdv-medecin.ma, but the latter is currently shut down for redesign. Is Morocco ready for an online booking service?

The startup's success will depend on its capacity to convince doctors to register, says Yacoubi, who confidently adds, “I know things are going to change. Internet is in the air, and [online] appointment booking will happen in the upcoming months.”

Thanks to a partnership with health media Doctinews, Dabadoc now boasts 500 active doctors, each hand-validated by Yacoubi. The entrepreneur is counting on PR and presence at medical congresses to keep doctors coming.

New functionalities should see the day in the coming weeks to months, like a ranking system based on the quality of the appointment, double access so that both the doctor and its assistant can manage the booking, a smartphone app to improve reactivity and simplify appointment management with reminders, and a direct doctor-to-patient communication functionality.

Ten to 15 appointments are booked every day, the young entrepreneur says. Now, she’s looking to hire a new marketing person to bring the startup to the next level.

The other pressing question is, how will it become profitable? Initially, Yacoubi reported that she planned to bill doctors, but this would have required 4,000 doctors to join, i.e. 50% of the private-sector doctors in Morocco. She has recently changed her approach, and is counting on partnerships with international pharmaceutical companies to foot the bill. Will Dabadoc’s audience be big enough for big corporations?