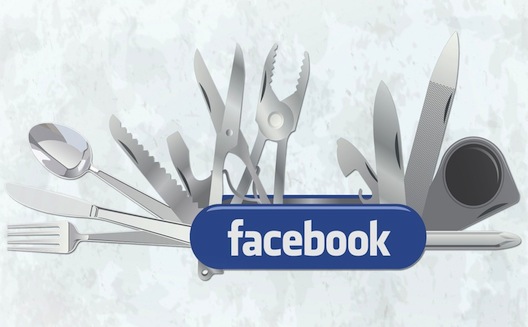 It’s been a tough year for businesses on Facebook – especially small businesses. Reaching customers has never been more difficult, and there are numbers to prove it.

By February of this year, organic reach for brands had dropped down to a meager 6% exposure per fan – an absolutely seismic drop from the 16% seen in February of 2012 and still a 100% drop under the numbers in October of 2013.

And while entrepreneurs and small businesses continue to fight for exposure, even the big guys are struggling with getting their messages heard. Large businesses on Facebook, that had invested the time and attention to gather massive fan bases of over 500,000, were reaching only 2% of them with posts. Worse, a recent report from Simply Measured found that the total engagement for the top 10 most-followed brands has declined 40.4% year over year, even though the amount of content they’ve published has risen by 20.1%.

Couple those stats with the fact that the Facebook ad cost-per-impression have skyrocketed over 437% in 2013, and you’ve got a recipe for Facebook marketing Armageddon.

Why the drop in engagement?

Being the social juggernaut that it is, Facebook has been a business magnet for years, now reporting over 30 million (no, that’s not a typo) small businesses on the platform – up 5 million from last year. That’s led to an incredible amount of competition for space in the News Feed. Facebook wants to show their customers what is MOST important (and, of course, some advertisements), so it has had to rely on an algorithm to calculate importance metrics and dole out content exposure accordingly.

That algorithm is called Edge Rank, and while it’s said to take into account over 100,000 factors, Will Cathcart, Facebook News Feed Director of Product Management, is quick to point out the most important:

In other words, the more successful a post is and the more popular the creator, the more likely the content is to get seen.

And that’s where this survival guide starts: Knowing the metrics that matter. What this information tells us is that engagement has become a very personal thing on Facebook (as it should be), shaped by both external factors and the user’s own preferences and history.

What can be done?

The next logical question is how to counteract all of this decrease in engagement. Depending on whom you ask, answers tend to fall into two categories:

“Buy Ads!” These people will tell you that the only way to succeed is to buy advertising space. They’re not wrong about the fact that ads can boost engagement and help you survive the fallout. In fact, Facebook’s director of small business Dan Levy has said that ads are truly the way for brands to get “the predictable reach that they want.”

Ouch. Getting that kind of reach, of course, means smart advertising: Limiting your promotions to only those who are truly interested by segmenting heavily within Facebook’s ad platform.

But what about those companies who have little budget to work with? For them, this isn’t a satisfactory answer, even if it’s a helpful one.

“Get Off Facebook!” Critics are quick to advocate a mass exodus from Facebook and will tell you to put your time and energy into other channels. This is both hasty and misguided, especially if you’ve spent a long time building up a following on the platform.

While it is wise to invest your time in the platforms with the potential for biggest return – and while diversification is a necessity at this point (I’m not here to pretend Facebook is going to return to the glory days) – there’s no need to abandon Facebook altogether. Things have gotten hard and the free ride is over, but there are still plenty of ways to carve out success for your business.

So aside from these unhelpful suggestions and worthless contributions like “Make every post engaging!”, what’s a hardworking business owner to do? Check back tomorrow for 9 tips.

Check out the second part of this article: 9 tips to fight a drop in Facebook engagement.