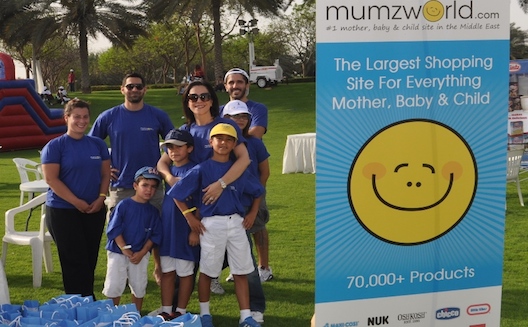 Last year during Ramadan, we spoke to several media sites offering support and advice to women, highlighting their activities and initiatives during Ramadan, including Supermama, Shahiya, and Mumzworld.

The wide variety of activities last year ranged from recipe apps to Ramadan-inspired home decoration contests, and many more. This year, some of these websites have built on the success and popularity of their campaigns, repeating or revamping them this year.

For the third year in a row, Mumzworld, the first e-market in the region for mother and child, is organizing the Meal for Meal campaign. The initiative uses technology to facilitate zakat – or alms-giving – during Ramadan, enabling its users to donate in a one-for-one scheme: every $4 USD meal they buy, Mumzworld donates another one to the poor in the UAE.

Last year, Mumzworld donated more than 3,000 meals and 500 gifts for children; the team is planning to multiply these figures this year, and it seems to be on the right track. Speaking to Mumzworld CEO Mouna Ataya shortly after the start of Ramadan, she says: “We were able to donate more than 500 meals in two days only.”

In addition to the Iftar meal, users can also donate gifts or clothes for children in need under the age of 12. The platform chooses a variety of products and gifts, reduces their prices, and puts them in a special section called the Under 50 Corner (as in under 50 AED, around $13 USD) that can be donated. And for every purchased gift, Mumzworld will also donate a similar one for another child. This program is a personal favorite of Ataya’s.

While most platforms try to leverage the increase in internet use in the region during Ramadan, the Mumzworld CEO says that her main goal is to benefit from consumers who use Mumzworld and are enthusiastic about charity work. “Our Ramadan initiatives aim at making the most of our many resources to help those in need,” notes Ataya.

Mumzworld does not count on Ramadan to increase the number of its visitors, at its numbers grow throughout the year. Also, according to Ataya, the profit percentage has increased ten times in the last two years and the number of users has doubled, with more than 45% of its customers returning a second time. 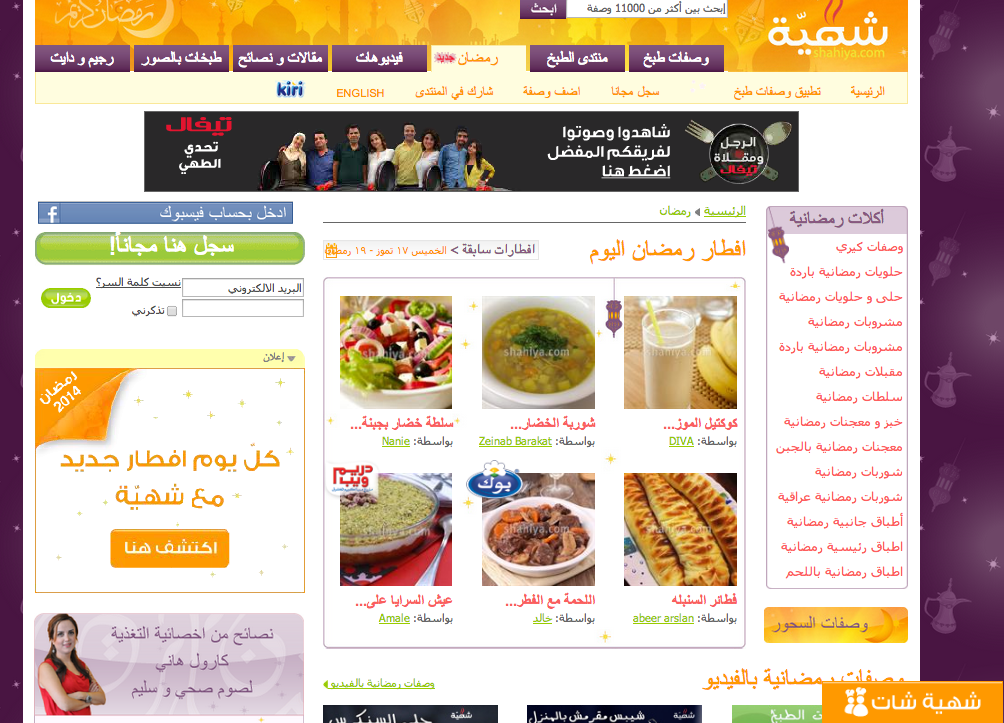 In terms of recipe platforms, the Lebanese Shahiya has proven to be one of the most important. The platform reached 2.2 million unique users during Ramadan last year, and based on figures posted by Effective Measure (EM), it was classified as the largest cooking platform for women in the region, according to Carla Haibi, Shahiya’s Web Content Manager. This year, Shahiya is expecting some 3.5 million unique users during Ramadan, after it was classified by EM as the most visited website by women in the Gulf and MENA region.

Shahiya largely draws from user suggestions to develop its services. In addition to the 11,000 recipes available on the website, Shahiya has added to the Ramadan menus section new menus, each including six dishes. It also launched a new video section, comprising 100 new videos that address Ramadan-related topics. The platform also posts interviews with food experts offering advice for a healthy fasting as well as games that encourage users to post content on the website, as well as a chatting service that connect around 100,000 users from around the world who have created accounts on Shahiya.

The most important update that Shahiya made, however, has to do with its recipe app that launched last year. The team has improved its design and interactivity features, and has added features that allow commenting and photo sharing.

Zaytouneh, the Dubai-based site which uses just how-to videos in place of recipes, has prepared more than 1,000 special recipes that have been suggested and requested by users and which required around 20 chefs from different cuisines to prepare. Anakeef, the healthy lifestyle site based in Jordan, has launched a special section called Ramadaniat, containing advice, best dietary practices, and even workouts for those looking to stay healthy during the holiday.