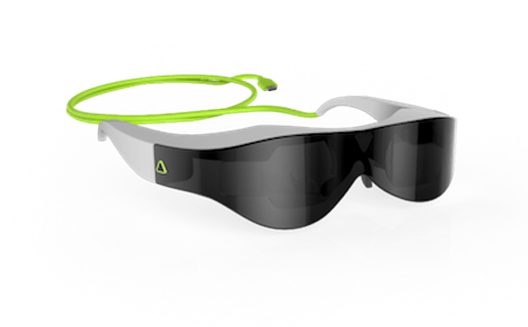 It’s already been seven months since we announced the launch of Atheer Labs crowdfunding campaign. Back then, the Mountain View-based Google Glass competitor got us pretty excited because of its 3D features, and the inspiring story of its Lebanese co-founder and CEO Soulaiman Itani.

Apparently, we were not the only one to believe in this product. Itani and co-founder and CTO Allen Yang raised more than $200,000 USD during their Indiegogo crowdfunding campaign, and just closed a third fundraising round. Although the amount has not been disclosed, the co-founders said to TechCrunch that “we have runway that we’re very comfortable with.” Their former rounds reached close to $1.6 million USD.

To get investors, the American University of Beirut alumnus has been able to count on his Lebanese diaspora connections. Among the investors listed on AngelList is Lebanese-American Georges Harik, one of Google’s first 10 employees and currently an advisor to Google Ventures, who came to Itani after reading the Wamda’s coverage on the startup.

But this isn’t the only news the startup has to share; Atheer Labs has also released its enterprise-focused developer kit, which was selling for $1,000 USD on the crowdfunding campaign. (Depending on when you bought them, the glasses themselves sold for $350 to 500). On top of the apps developed specifically for Atheer glasses, users will be able to use the million or so existing Android apps with the glasses.

According to the founders, the difference between Atheer glasses and Google Glass is that Atheer glasses respond to a different need. “In certain cases, people need to do something in the physical world but they also need information or have to interact with the digital world,” Yang pointed out to TechCrunch. Therefore, the glasses not only let you see an overlay of information over the real world, but also let you command the operating system with hand gestures, something that could be useful for oil workers in the fields, or doctors in the operating room, they believe. Of course hand gestures could also be used to play 3D games or to conduct conference calls, as we explained in our previous coverage of Atheer Labs.