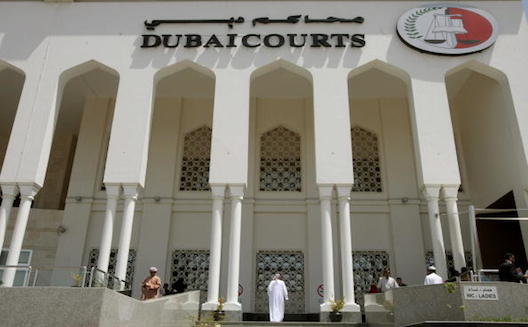 It should be obvious by now to all governments in the MENA region that promoting entrepreneurship does not only lead to new services and products, but also fuels competition and creates jobs, which in turn produce positive economic growth. According to the World Bank, SMEs contribute to around 45% of employment in emerging economies and 33% of GDP.

Having realized the importance of startups enabling the economy and contributing to its prosperity, the UAE isn’t an exception to the trend. One indication of the UAE’s interest in promoting economic development comes from the World Bank - in their Doing Business 2014 report the country’s ‘ease-of-doing-business’ got them ranked at 23rd our of 189 economies. In order to gain familiarity with existing initiatives, events, and laws in the UAE designed to strengthen the ecosystem, we met with entrepreneur Mohamed Johmani who has been living in the country for years. He also has a significant amount of experience in entrepreneurship, having created more than one successful startup, including Cary and Mobibus.

Initiatives and events enhancing the ecosystem

The entrepreneurial ecosystem in the UAE receives the support of almost 40 government bodies including Abu Dhabi Chamber of Commerce, Dubai Chamber of Commerce, Khalifa Fund, Mohammed Bin Rashid Establishment for SME Development, Injaz, Sharjah Establishment supporting Leading Projects, Mubadala, and TwoFour54. The Khalifa Fund for instance, contributed to the funding of 582 ventures with more than $245 million USD since its establishment in 2007, within the framework of several programs including Khutwa (step), Bedaya (start), and Zeyada (increase).

Johmani told us that Emirati entrepreneurs also benefit from the Intilaq program which allows Emirati citizens to get a two-year license without having to pay any fees, which is not applicable to foreign entrepreneurs. Even though everybody in the Emirates (citizens and non-citizens) benefits from these programs and initiatives, Johmani asserts that “it is essential to foster competition and open the way for foreigners to a certain extent,” adding that “the creation of free zones unleashed innovation and creativity through the inflow of non-citizens. However, the mission is still somewhat hard because of expensive rentals and multiple fees to be paid.”

Johmani also explains “if you want an economy suitable for entrepreneurship, you have to have distinguished laws and legislations.”

It should be noted that His Highness President Sheikh Khalifa Bin Zayed Al Nahyan had issued a Federal Decree amending some of the provisions of Federal Law no.8/1984, relating to commercial businesses, in August 2009. He allowed partners, in a limited liability company, to set aside adequate capital to achieve the objectives of the company foundation, thus reducing the cost of doing business and providing incentives for the setup of new businesses.

With the exception of this amendment, there are no laws that are motivating, or tailored for, startups who have to follow the same laws as normal companies. When a person wants to establish a startup, they have two options, according to Johmani. Either they establishes a business in one of the free zones available in Dubai, Fujairah, Ras Al Khaimah, and Abu Dhabi, or they followa the laws of the Department of Economic Development (DED). However, Johmani says that the operating cost in free zones is higher (varying according to the free zone one chooses) than that of the DED which forces one to partner with an Emirati national (who should own 51% of the company as a service agent).

As for the nature of the business, it has to be a limited liability company in free zones. However, one can choose a “professional license” in Dubai which, according to Johmani, is less costly but does not allow the entrepreneur to have partners because it’s an individual license. He added that “this license is very risky, because all responsibilities fall on the shoulders of the founder rather than the company.”

Applied laws and laws under study

Johmani believes that the biggest problem is that while there are many forums and events being held, changes need a lot of time to become reality, giving the example of the announcement on visas made by TwoFour54 during the last Arabnet event held in Dubai. In an attempt to enhance the entrepreneurship ecosystem, which employs 90% of the workforce, Nora Al Kaabi, CEO of TwoFour54 and member in the Federal National Council, announced that a new category of work visas will be issued allowing people to work without having to rent an office. Johmani welcomed the news, but wondering about its details, especially as Al Kaabi did not reveal any information on the visa in terms of its cost and duration, and whether or not it applies to all entrepreneurs.

Realizing the challenges faced by startups and SMEs, the Emirati government is currently putting the final touches on three new laws that should facilitate the work of entrepreneurs and help them take risks and not be afraid of failure and obstacles.

SMEs Development Law: The Federal Council endorsed it and all it needs is approval from the government. It aims at increasing government support for SMEs, requiring governmental institutions to dedicate no less than 10% of their deals to SMEs.

Bankruptcy Law: This law is still under study. Its goal is to offer support for companies facing financial problems by allowing their closure in a systematic manner and with minimal losses. Johmani regards this law as the most important one due to difficulties faced by any company in shutting down, regardless of whether it is a startup or not. He explained that the closure of a company needs a lot of time and procedures. “You should hire an external auditor to prove that the company is losing money, and then submit an application at the DED along with a letter from the auditor demonstrating the size of the losses and the company’s inability to make the payments. You should also put an announcement in two local newspapers over three months stating that the company is insolvent, and that should anyone have an objection, they should resort to the court. Moreover, you should cancel all residency permits, and pay all loans and financial obligations,” says Johmani.

Companies Law: An amended version of it was approved last year, and it is expected to enter into effect in coming months. There is no doubt that this law will benefit startups, especially since it does not force them to comply with the Emiratization requirements. This new law facilitates the establishment of companies, eliminating the requirement of having to dedicate a capital of no less than 150,000 AED ($40,000 USD) in order to establish a limited liability company.

Although laws and government policies do not run to the same quick pace as startups whose numbers are growing rapidly, the UAE can be still considered a haven for startups, compared to some of the neighboring countries. Johmani himself, to no avail, spent nine months trying to launch a company of his own in Saudi Arabia. He even had to close his company in Kuwait and  move his employees to the UAE after his visa was denied, despite his having been born in Kuwait. However, he thinks of his experience in Bahrain as excellent, especially now that the authorities have inaugurated Bahrain Investors Center which includes all key actors, from the Department of Economic Development to the notary public, banks, Electricity and Water Authority, auditors, and necessary tribunals for the establishment of companies and obtaining of licenses.