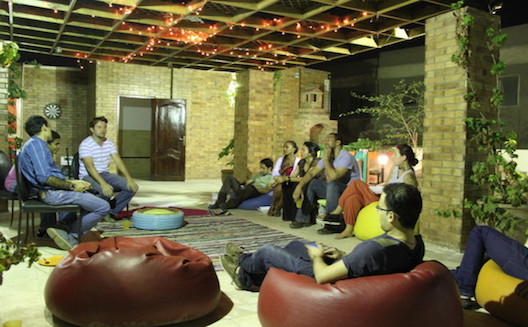 Coworking spaces are no longer news for entrepreneurs in Egypt, but no one in Cairo did it before The District, which launched three years ago.

Mazen Helmi, The District’s founder, says: “During the past two years, we managed to increase the capacity to 50 companies from 30,” doubling the spaces square footage from 425 to 1,000 meters squared.

Helmi and his three partners, two brothers and one Dutch friend, have also diversified the spaces, the design, as well as the colors in the new halls to match their goals for its use.

“Coworking spaces have to adapt to the needs of entrepreneurs,” Helmi says. “Some of them might want to interact, and others would prefer a quiet space. Another social demand is separate prayer spaces for men and women,” which they’ve provided.

Working hours are currently from 8 AM to 11 PM, but The District will be open 24/7 by the end of this year. As for the fees, they are determined based on the number of the individuals in a company. “Fees are to be determined according to the needs of every entrepreneur,” depending on the number of employees and what resources they need.

The District has not taken any investment yet, perhaps because the founders are satisfied with their business model and revenues to date. But, “in case we stumble upon an investor that adds real value and helps us provide innovative services, we would welcome them,” adds Helmi.

Every three months, the team convenes to discuss the themes for upcoming events based on what they perceive to be the needs of the community. They aim to have around 12 events yearly, announced via Facebook page.

The events also change seasonally; entertainment events are organized more often during the summer, and official ones are left for the first quarter of the year, reflecting demand.

To help get the word out about coworking spaces, The District founders have established coworking pop-up spaces at many events such as Street Arts Festival, Rise Up Egypt, International Peace Day, and many others.

The initiative reached its goal: 30 new companies have been launched from The District in the past year.

A wide variety of businesses are currently using The District as a home base. These include Integreight, producer of 1Sheeld, Elmenus, the e-delivery menu conglomeration service, Schaduf, a rooftop gardening non-profit, Yubb software, and TechFast, for marketing services.

In order to fulfill as many entrepreneur needs as possible, Helmi and his team also established, last October, a snack bar on the space’s ground floor called Cairo Deli. Helmi says entrepreneurs in the space receive coupons for the cafe. 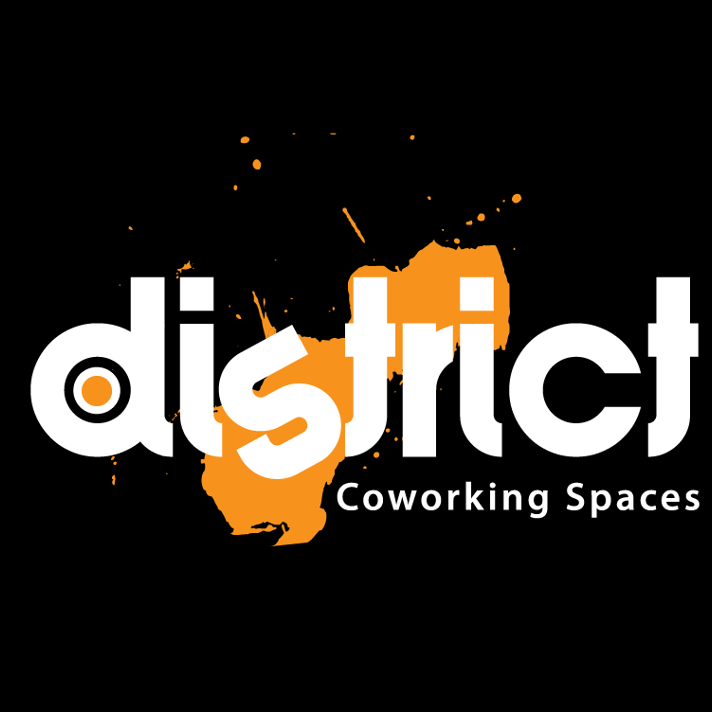 The District’s success in Egypt has not gone unnoticed by outside observers. Helmi’s achievements with the coworking space contributed to his being selected by Forbes as one of the 30 Most Promising Young Entrepreneurs in Africa.

In addition, The District is getting ready to launch the Knowledge Space program in September, in cooperation with the Dutch embassy in Cairo, to allow its members to develop relationships and get mentorship from more experienced entrepreneurs.

The District is certainly not the only coworking space on the Egyptian scene, like Al Maqarr, Flat6Labs, TIEC, and others, but Helmi says that in order to distinguish themselves, his company focuses on special points like expanding the space and helping entrepreneurs with their business plans.

By studying what the market needs and how the ecosystem is progressing, as well as focusing on their infrastructure, the founders of The District managed to turn a difficult idea into a successful entity.