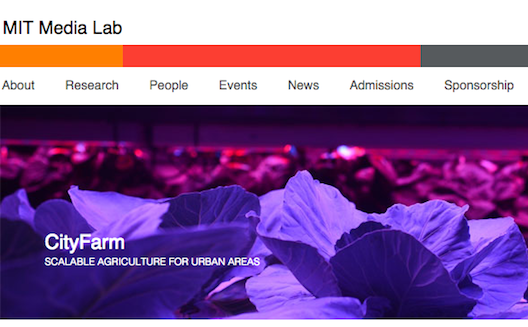 When I was first invited to join the MIT Media Lab as a Director’s Fellow I took it at face value and assumed it was somehow connected to the Fourth Estate. Boy was I wrong.

The Media Lab was founded almost thirty years ago in 1985, however it was reenergized following the appointment of Japanese venture capitalist and entrepreneur Joi Ito in 2011. Joi, who is also an activist and DJ, immediately embarked on a rebranding exercise bringing in ‘antidisciplinary’ individuals to the 400 person strong institution which had an annual budget of $55 million USD. Joi could easily be regarded as a super-connector, an individual who uses his extensive network of contacts to connect likeminded people. Joi regularly brought people together wherever he went from Austin to Boston and including his apartment in Dubai’s Business Bay development.

In March 2011, in the peak of the Arab Spring, a 9.0 magnitude earthquake hit Japan with devastating consequences. The earthquake, the fourth largest in recorded history according to US scientists, left thousands dead and hundreds of thousands misplaced. Accurate information was vital to the rescue effort. A few days after the earthquake I was visiting Joi at home in Dubai and found myself transported into an international media hub with TV channels and computer screens tuned into various Japanese and Western media. It was a scene straight from a science fiction movie. Joi, who speaks impeccable English, had transformed his apartment into a media-monitoring center. He acutely followed the press conferences given by Japanese officials and the subsequent translations into English by CNN and BBC. In some instances Joi had to use his extensive media contacts to correct mistranslated words and details.

Understanding the positive impact a single individual can have in the world today led Joi and the Media Lab team to launch a new initiative called the MIT Media Lab Director’s Fellows, with a first intake in 2013. The first cohort of Director’s Fellows included recognizable names such as Hollywood filmmaker JJ Abrams and comedian Baratunde Thurston as well as less recognizable but equally inspiring names. Amongst them are Juliana Rotich and David Kobia, the cofounders of the now world famous website Ushahidi that maps “incidents of violence and peace in Kenya based on reports submitted via web and mobile phones.” Also in the first cohort is lecturer and author of Writing My Wrongs Shaka Senghor who served 19 years in prison and now uses his time to motivate young adults in universities and high schools. 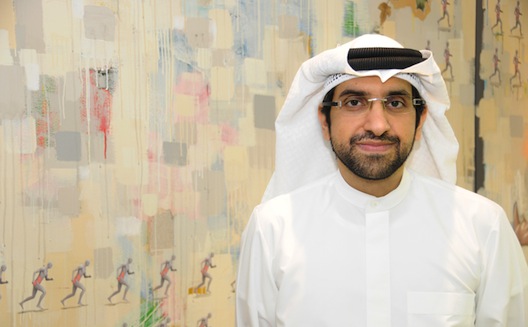 The 2014 cohort includes the youngest of our group, the activist Khalida Brohi who started a social enterprise to provide opportunities for tribal and rural women in Pakistan. This intake of Director’s Fellows also includes social entrepreneurship champions such as Detroit based Pashon Murray whose work on waste reduction and recycling is revitalizing neighborhoods of her city, and designer Christopher Bevans who has worked with celebrity musicians such as John Legend, Kanye West, and Jay-Z.

Joi often reminds us that the ‘media’ in Media Lab is plural for ‘medium’; basically “anything that you can express yourself in whether it’s synthetic biology, opera, or robots.” The Media Lab is imagination realized.

Amongst the plethora of great tools that the Media Lab students have invented is SixthSense, a “wearable gestural interface that augments the physical world around us with digital information and lets us use natural hand gestures to interact with that information.” Another interface I personally enjoyed using is inFORM, a dynamic shape display that can render 3D content physically. In layman’s terms, the technology allows us to form shapes with our hands and move and adjust items from a remote location. The implications for inFORM are endless and include everyday human interaction and potential for use in the medical world. 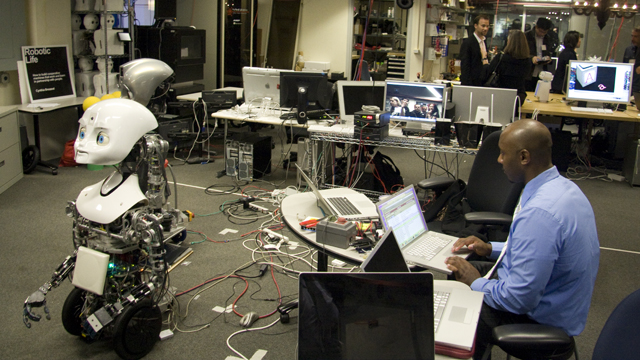 The Media Lab Director’s Fellows are fortunate not only to learn from each other but also from the incredible staff such as blogger, columnist, and storyteller Lisa Katayama, who runs the lab, as well as alumnae such as David Sun Kong, a synthetic biologist and digital fabricator and photographer. The most important ingredient of the MIT Media Lab however is not the state of the art technology or my admirably professional peers but the very students we are meant to inspire.

When I first met Joi in 2009 he introduced me to a new social media platform he had invested in called Twitter, which subsequently changed my life more than I could have imagined. I started tweeting my articles and to the few followers I gathered online and then the Arab Spring kicked off and I was sufficiently comfortable with Twitter to take advantage of it (today I have 300,000 followers of which, according to Status People, 31% are fake – but still!).

Today I am embarking on yet another life changing experience once again thanks to my friend Joi.