What Jordan lacks in natural resources it makes up for in human resources. Pioneering as a key entrepreneurial tech hub for the Arab world, political stability amidst a region of upset, along with a royal family keen on promoting entrepreneurs, the country is pretty much set when it comes to nurturing a startup ecosystem.

Currently, one of the most popular sectors attracting startups is education, and within this, digital Arabic education. When it comes to the royal families efforts projects and isntitutions such as the Queen Rania Center for Entrepreneurship and the Reach Initiative, have proved encouraging, along with Edraak. Founded by the Queen Rania Foundation for Education and Development (QRF), the online education platform was launched in May of this year.

For education two particular aspects stand out. Firstly, they are reshaping the Arabic education structure and system by replacing the traditional (a boring and monotonous process), with a fun and modern teaching method, giving way to innovation, interaction and imagination. Secondly, they are reinforcing Arabic digital content which is still weak despite its noticeable increase in recent years.

And who are these startups? A lack of educational content across the Arab world has unsurprisingly had the attention of Jordanian mothers, prompting many to venture into the world of entrepreneurship. These startups include:

Masmoo3 is the first Arab company specialized in the production and publication of digital Arabic audio books. The company was founded in 2011 after receiving seed funding from Oasis 500. “Masmoo3 has produced around 82 audio books and 140 childrens story audio books, with a total of 160 hours of audio content,” says Technical Director, Alaa Suleiman, noting that Masmoo3 is also contracted with international publishers, including Audible Amazon and Mktabty.

Masmoo3 is seeking to modernize Arabic libraries in the region through its various platforms. In addition to its own website, the company publishes its products on the Mktabty app through which it reached 6,200 downloads of paid books in less than 18 months, along with 100,000 downloads of free books. Masmoo3 is also planning to expand by providing a platform accessible in return for an annual subscription for libraries in the Arab world, including the Abdul Hameed Shoman Public Library in Amman.

Suleiman wishes for decision-makers to “pay more attention to people with special needs, notably those who are visually impaired, and to believe more that they are entitled to be provided with audio books which contribute to their development and learning.”

Since its founding in 2004, the Little Thinking Minds startup has released nine educational films for children, the most recent of which being “Animals in the Red Sea” which was published on DVD, as well as the Lamsa website. Its third app launched two months ago. In addition to movies, they produce educational games and songs.

Rama Kayyali Jardaneh, co-founder and creative director, explained to Wamda that digital production has contributed in overcoming the obstacles imposed by printed releases such as distribution, publication, and costs. It is worth mentioning that Jardaneh, has been nominated for the finals of Cartier Women's Initiative Award 2014 to represent the startup. 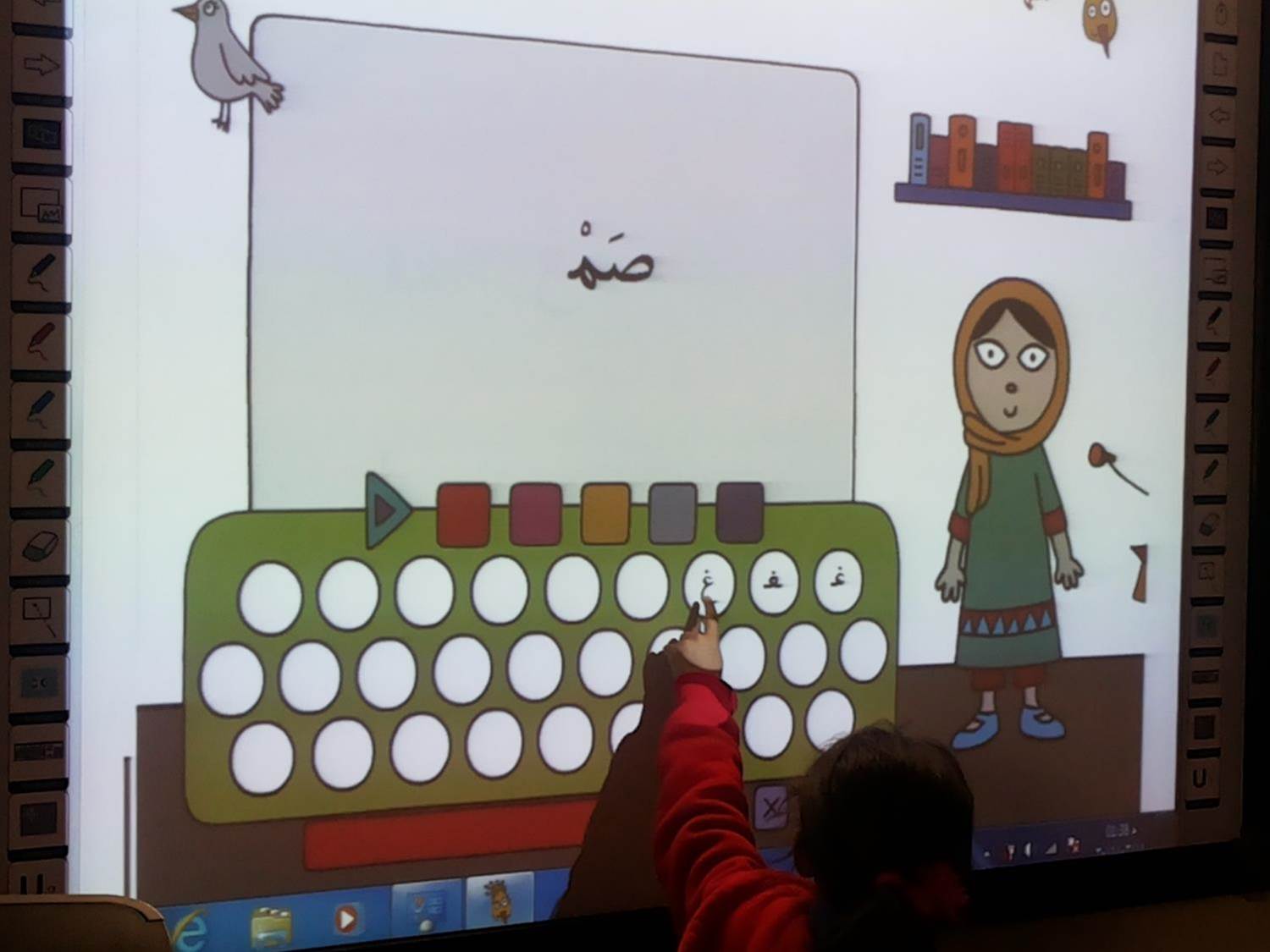 Established in 2011, Alhodhud provides interesting Arabic content for early childhood, starting from the pre-reading and writing period, up until third grade, through fun educational apps.

The first app developed by Alhodhud, Horoofi Al Mariha [My Cheerful Letters], achieved great success with 100,000 downloads in 60 days. “The app was chosen by Microsoft to be one of the first funded apps to be made available on the Windows Phone app store in 2014 in three languages (Arabic, English, and Spanish),” says Mohammed Bishtawi, co-founder and business development manager.

In addition to app, the company launched a smart platform that has achieved impressive results in its beta version. The platform which is dedicated to schools is used on smart boards, computer tablets, and smart paper activities. So far, it has been applied in 17 schools across Jordan and purchased by two schools in Qatar. It is also preparing for testing in the United States and Turkey.

Concerning the future of Arabic digital educational content these three startups’ all agree that the future is bright in a world that is increasingly demanding learning tools dependent on technology. They also concur on the need for increased awareness in the region for modern teaching methods.

As for how Jordan serves these desires each startup has a differing opinion. While the co-founder of Alhodhud believes that “Jordan generally tends to support the IT and startups sectors, but without a clear direction when it comes to content”, Suleiman, of Masmoo3, said she considered Jordan “a big supporter of the IT sector in general, and the Arabic content one in particular, through its multiple institutions and initiatives.” Similarly, Jardaneh believes that “Jordan is suitable for the establishment of companies in the field of education, especially since costs are cheaper than the Gulf.” She added that the pool of talented writers, musicians and painters was vast, and more importantly the target audiences, the schools and parents, love the Arabic language.