This article has been cross-posted from Firnas.org

Saudi Arabia is one of the three largest ecommerce markets in the Gulf in terms of growth rate. This has contributed to the increase of both internet and connected mobile phone penetration rates in the Kingdom. When it comes to online shopping things are made much easier by the fact that legal procedures as there are no complicated requirements for getting a commercial registration. It is also faster and easier, and allows for online payment and delivery either directly or through a shipping company. 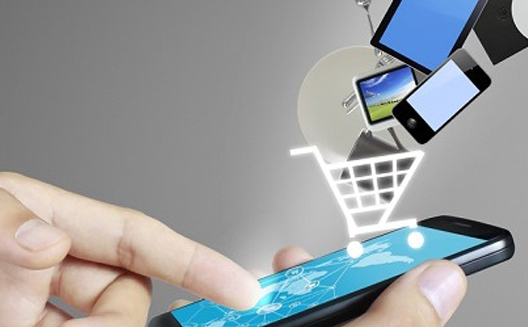 Nano E-Shop is a Saudi online store that launched in spring 2013 with around 200 types of smart phones, tablets, accessories, PlayStation and Xbox devices. The store offers delivery to all Saudi cities, starting at one riyal. In only two years, Rayan Abdul Qader El Maghrabi, the founder and CEO, has managed to run the store entirely by himself, including taking care of the design, advertising, customer service, products addition, shipping or even delivery.

Talking to the founder he told me about his journey, saying: “I had at first two designers and an employee who uploaded products to the website, but I am working alone now. In the coming weeks, I will start looking for a designer once again. I also have a few advisors that I cannot do without, most of whom are friends and family.”

Given the high number of similar online stores, Rayan is betting on this competitive edge to succeed. When asked why he called his store Nano, he said that it’s a reference to a very small measurement unit of one billionth, one often used in atomic science. "We called the store "Nano" because we care about the smallest and finest details, from the moment the client enters the website until he or she receives the product.”

The store supports cash-on-delivery in Jeddah only, and a wire transfer option in the rest of the Kingdom. The marketing strategy of the store, however, is the most important pillar on which it relies to promote its products. That's why Nano uses the most common social networks in the Kingdom - Twitter, Instagram and Whatsapp. One thing that struck me was how fast the founder responds to clients' inquiries on social media, which leaves a very good impression on new customers.

The store also applies special marketing methods such as frequent promotional competitions on Twitter. “I started using Snapchat and I will be focusing more on it in the coming period. I also use WhatsApp because most clients have it on their phone and it makes communication with them faster and easier. It’s more convenient now because WhatsApp released a web version which makes it much faster to reply to customers.”

The store attracts around 15,000 visitors per month and the number increases when new phones or games are released. It could reach up to almost 3,000 customers per day, according to the founder, who did not disclose the number of regular customers. “With one riyal for delivery within Jeddah, and more than 1 million riyals in returns in 2014, our success wasn’t pure chance."

In the end, Rayan shared with us a few lessons that he learned by running a startup by himself - he advised entrepreneurs to get their parents’ blessings and share with them the success; never stop iterating the product (also known as the Lean Methodology); listen to their customers’ needs; don’t aim for quick profits, and reward themselves after every success.