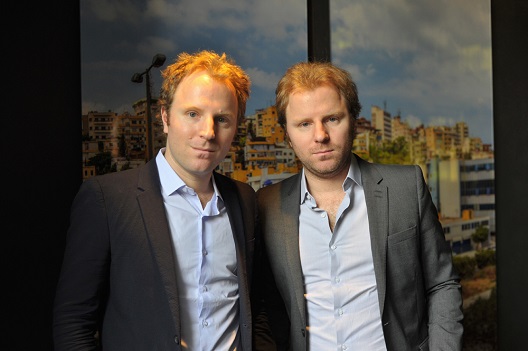 ScoopCity was one of the first online daily deals platforms in Lebanon and is still around after five years of stiff competition.

Rivals such as Makhsoom and GoSawa target the same market with similar deals, and working in daily deals is demanding - a lot of issues arise daily around voucher acceptance, merchant commitment, delivery delays, online payment and others.

So ScoopCity is trying to differentiate itself from the competition in more ways than one. Cofounder twins Abdallah and Ghaith Yafi chatted with Wamda about several new initiatives which they believe will give them a competitive edge in the tight Lebanese market.

Differentiation is key for survival in Lebanon

The platform’s website was revamped just a few days ago after a new promotional feature was added that operates on an advertising model.

“The Lebanese market is super competitive,” Abdallah said. "You need to differentiate yourself in innovative ways.”

“In (PROMOS), we are shifting away from the classic revenue-share model to an advertising one... This feature only advertises deals, and we don’t take any percentage of the merchants’ revenues.”

The platform instead charges an advertising fee based on its own traffic performance.

Another initiative the cofounders are enthusiastic about is the introduction of GPS-integrated iOS and android apps. Using GPS, the app notifies users of deals and promotions that are nearby.

“This would be really handy if you’re shopping in a mall or in a downtown area,” Abdallah said.

The cofounders are optimistic that this new feature will shoot them past their currently 100,000 subscribers, and even help them to expand further into MENA.

ScoopCity’s costly innovation strategy caps a series A funding round that aims to raise a whopping $1.4 million, of which $400,000 has already been secured. The money will go to two areas: potentially expanding to the Saudi market, and a comprehensive marketing strategy. “We feel that we’re ready to take this step now,” says a confident Ghaith. 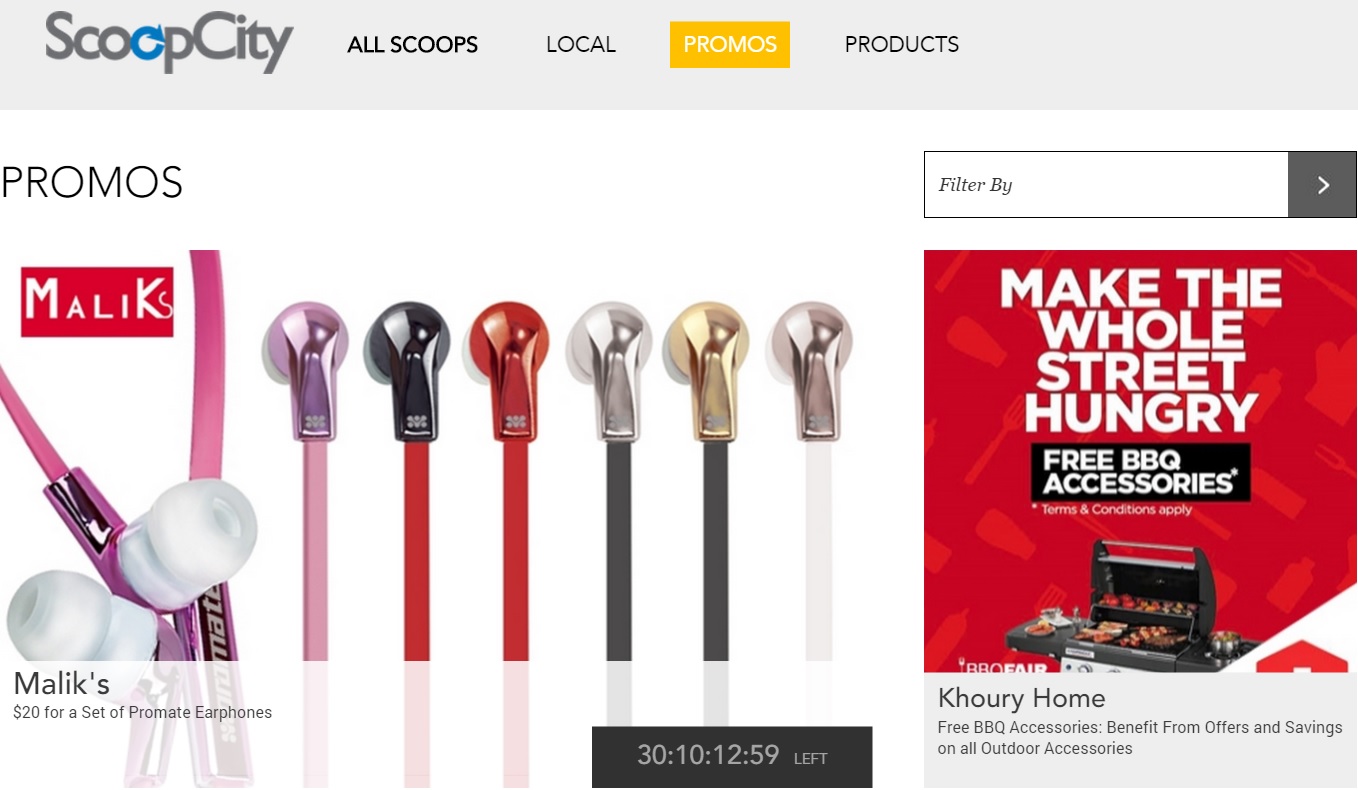 The new Promos site by ScoopCity.

But Ghaith and Abdallah’s journey didn’t start so smoothly back in 2010 when online payment was still considered to be shaky ground in the region. In fact, cash-on-delivery is still the number one preferred method of payment when it comes to online shopping.

But the brothers, inspired by the success of an ecommerce website they founded and sold in Canada called TheVaults, were not deterred by the potential challenges of the Lebanese market and it was time to introduce it to ecommerce.

“We knew that ecommerce was a very young industry, and we wanted to catch this wave from its beginning, so to speak” Ghaith said.

The brothers self-funded the startup to the tune of $100,000 and set their eyes on what they believed would be the cornerstones of Scoopcity’s success: A-list merchants and A-list spenders.

“We directly went to high quality businesses like Eddé Sands, ABC, Couqley.” Ghaith said. “We spent a lot of time building an interesting portfolio of merchants which we knew users would love.”

In return, the entrepreneurs employed their users as valuable assets to rally the merchants to their side.

“We went with the keying proposition that we were after this niche, credit-card holding segment of the population who had a spending capacity,” Abdallah said.

The entrepreneurs went a step further by making online payment the only payment option for ScoopCity, and were delighted when the site received a 1,000 transactions in the first two months. It wasn’t until two years later in 2013 that cash-on-delivery became a payment option in ScoopCity.

“The first deal we ever made was with Couqley restaurant [Gemmayze]” recalled Ghaith. “We sold about a 100 vouchers in two hours, which was a good customer acquisition for both of us.”

“Today, around 80 percent of our users pay online and the rest use cash-on-delivery… This situation is usually reversed on other ecommerce platforms.”

The brother’s latest venture is the investment fund Y Venture Partners (YVP). Launched last year, the fund, which the brothers told Executive Magazine last year was worth about $2 million, has already invested in 5 early-stage startups.

“You have to have great relationships with your merchants,” Abdallah said. “Repeat merchants who stick with you as you grow are very important for success.”

More than half of their merchants have become “repeat merchants” over the years. “They’re happy with our proposition of getting good customers that become regulars, and that was the whole foundation of our offer.”

Patience is a virtue

Even though Ghaith and Abdallah were satisfied with the pace of the website’s growth, it took them a year and half to start generating enough profit to start growing their team of three.

“We wanted to wait for organic growth to be steady before asking for investment of $150,000 from family and friends,” Ghaith said. Even though the brothers wanted an institutional investor on board, they had to wait another year before raising $250,000 from an anonymous investor that was satisfied with the growth curve of ScoopCity.

“We had to be consistent with high quality deals to get the organic growth we wanted,” Abdallah said. “Which was very challenging. We spent a lot of time doing sales meetings.”

Maintain healthy relationships with your competitors

Aside from Makhsoom, another main ecommerce rival that launched alongside ScoopCity was GoNabit. It was acquired only a year later by US-based online market LivingSocial.

“We had a very healthy competition with GoNabit where we sort of completed each other,” said Ghaith.

When LivingSocial decided in turn to exit the Lebanese ecommerce scene, they approached ScoopCity with the offer that they take over GoNabit’s members and services. Today, around one third of their subscribers come from GoNabit.

In addition, five ex-GoNabit employees joined ScoopCity and the team had since grown to 16 employees. “They’ve been a very valuable addition to the team, and they practically run the daily show [of operations]” said Abdallah proudly.