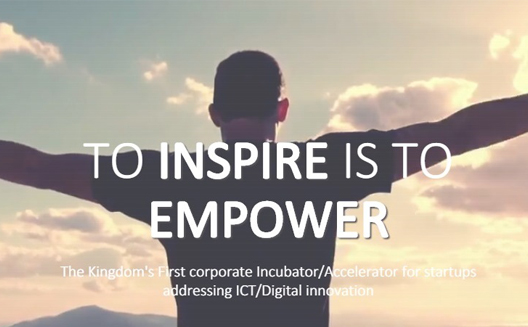 Between August and September, Saudi Telecom Company (STC) will launch InspireU, an accelerator and incubator aimed at developing young ideas in ICT and digital innovation.

The new accelerator isn't operational yet but it's already received so many applications it had to close the process early.

Ten teams will be shortlisted to join InspireU's two-day bootcamp event. The winners will participate in a six-month program to develop their projects and prepare for fundraising.

“Once the program starts teams are given $20,000 in cash, paid in installments linked to milestones to ensure progress,” said InspireU program director Victor Kiriakos. He is also heading the Innovation Program at Afkar.me, an incubator based in Dubai and Riyadh.

Startups will receive services such as office space, access to STC’s network of marketing, communications and sales executives, its database of customers, market access, and mentorship.

The fund won't be taking equity in all the startups they invest in. "We take equity on case by case," said Elrayes.

Although the program is country-agnostic, startups must be willing to travel to Riyadh and stay there for six months. InspireU will organize all visas and licensing.

“We’re a lot more relaxed,” said Thamer Elrayes, director of STC Digital Innovation, when asked about the quality of startups accepted. “It’s too early to ask for a minimum viable product. Just an idea proposition.”

As part of its incubation program, InspireU will offer an international exchange program where selected teams will join different programs in Europe, such as Wyra, launched by Spanish telco Telefónica.

“They will give them more access to the innovation and the ecosystem there and how startups get incubated,” Elrayes said.

Startups who want to be part of this exchange program should have a highly scalable product and a good team, Kiriakos added. “We send the best.”

InspireU will focus only on the digital and the ICT sector, rather than oil and gas, clean tech and waste management as KAUST’s new Innovation Fund is doing. “It’s not part of our DNA,” Elrayes said.

“There are many reasons for not securing angel rounds,” said Kiriakos. “Some startups are not good enough but also investors' appetite for risk is limited […] We hope to generate early traction to startups, so when they go to the angel investors, they will have a better chance. We’re trying to bridge that gap.”

Even though STC has its own fund, STC Ventures, the later focuses on growth-stage startups with investments of up to $5 million. InspireU will provide seed funding up to $250,000. However, Elrayes says STC Ventures might get involved the incubator.

“It will dedicate some [of its capital] to the early stage startups and will be a vehicle with equity stakes."

Although there is no secret to entrepreneurial success and resources aren’t enough to get a startup off the ground, entrepreneurs must build a “well-rounded team” as Kiriakos put it, mixing members with technical and business development backgrounds. They should also embrace failure as it is still not accepted in Saudi Arabia and the Arab region as well, Elrayes added.